Eight centuries ago, the Rive Droite was a vast marsh left by a former meander of the Seine.

It was scarcely populated, with the exception of a few pockets such as the Knights Templar and Saint-Martin-des-Champs monasteries, and a small community by the Pont-Notre-Dame.

The Rive Droite therefore provided all the space needed!

In the early 12th century, the old market on Place de Grève (Hôtel-de-Ville) struggled to meet the requirements of a growing city.

In 1135, King Louis le Gros therefore built a public market or Halle at a place known as Campelli (fields) then Les Champeaux to transfer it.

He also encompassed La Halle within the rampart he erected before leaving for the Crusades.

The first food stalls appeared in 1269.

Two of them stood side by side and were devoted to the sale of the fish that arrived via the Chemin des Poissonniers.

Finally, by 1284 shoemakers and leather workers had their own building. 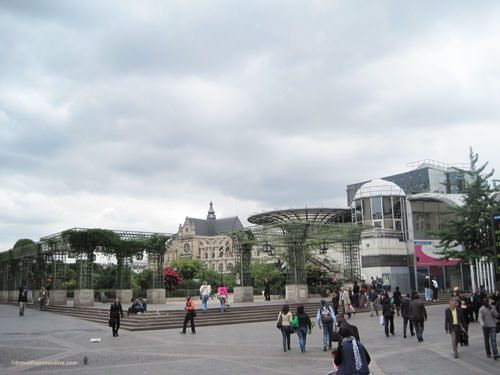 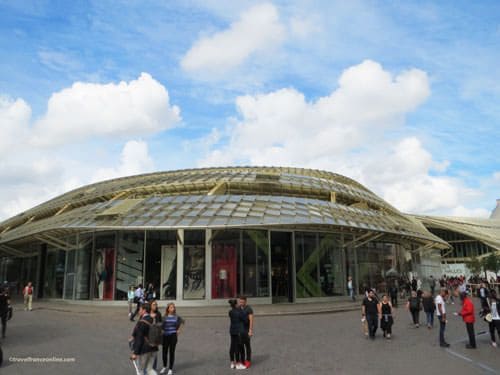 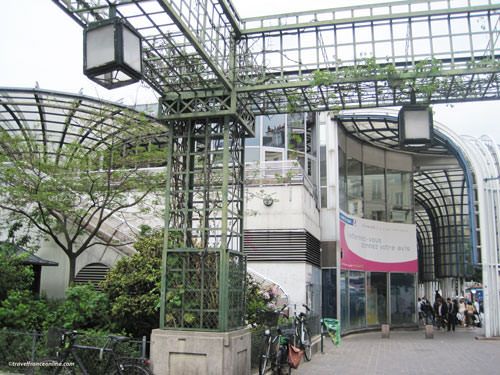 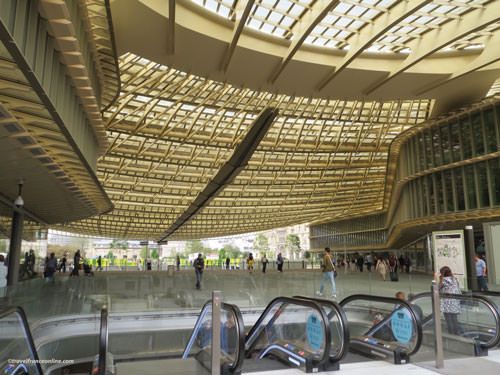 Les Halles triggered the development of the Rive Droite.

A busy district developed in their vicinity and the Chapel of Sainte-Agnès was built in 1213 to serve this new community.

Les Halles were open three days a week, on Wednesdays, Fridays and Saturdays.

By 1553, Paris had once more expanded and Les Halles were obsolete.

New buildings were erected around a central square or Carreau, an area reserved for bread and dairy products stalls.

This covered market was enlarged once more in 1788. 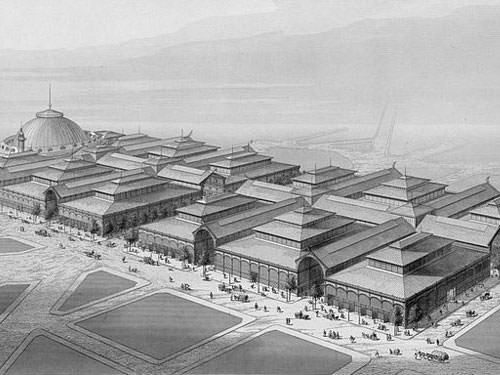 The latest transformation occurred in the mid-19th century.

The architect Baltard, one of the pioneers of metal architecture, not only redeveloped and enlarged Les Halles, but he also transformed their layout.

Firstly, he added a new building for the grain, a commodity once essential.

The Cimetière des Innocents (current Place Joachim du Bellay) was decommissioned and the bones transferred to the Catacombes on Place Denfert-Rochereau.

The herbs and vegetables market took its place.

The wine and leather markets were transferred to the 13th district and the flower market to the Ile de la Cité.

Les Halles de Baltard were highly controversial at the time of their construction, but eventually became one of the iconic buildings of Paris.

They were pulled down in the 1970s and the market transferred to Rungis in the southern outskirts of Paris.

Many defence groups failed to prevent their destruction, and sadly 800 years of history were annihilated in just a few months! 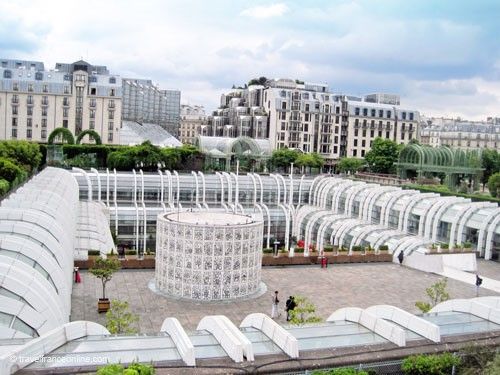 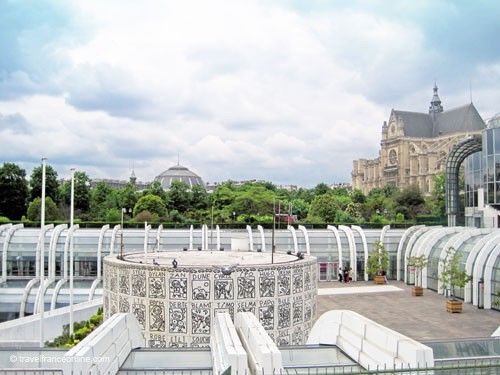 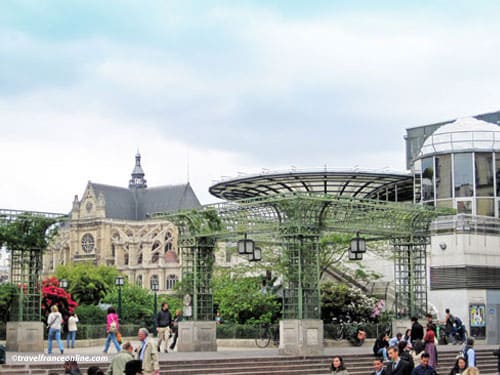 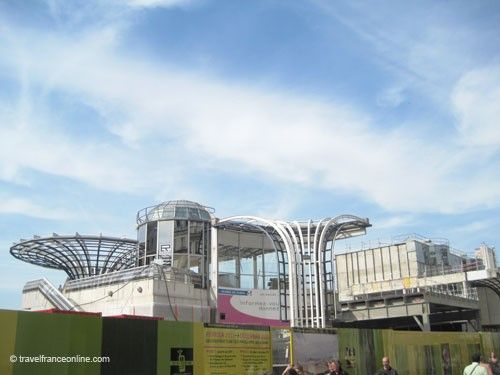 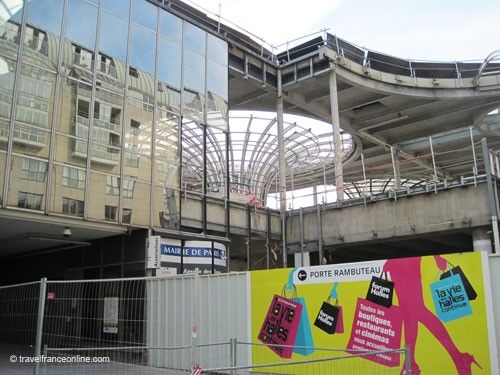 The Forum des Halles replaced the market in 1979.

However, the glass and metal architecture of this 4000m2 complex triggered more controversy.

Many residents associations opposed in vain this project.

They argued that it destroyed the historical heart of Paris.

It was connected to the underground metro station and RER (suburban train).

Not only was the Forum ugly, but also soon became a rallying point for young offenders!

As a result, nobody really dared to venture there late at night, and the Forum consequently became a no-go zone! 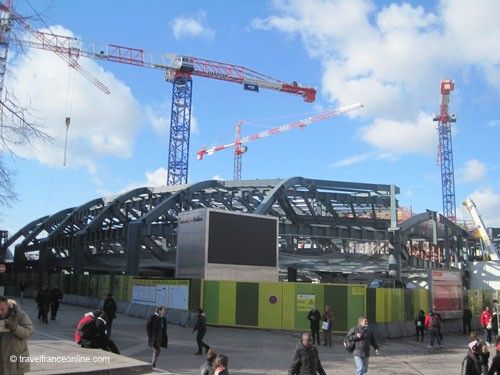 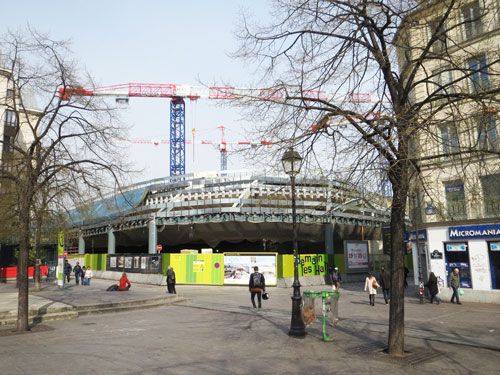 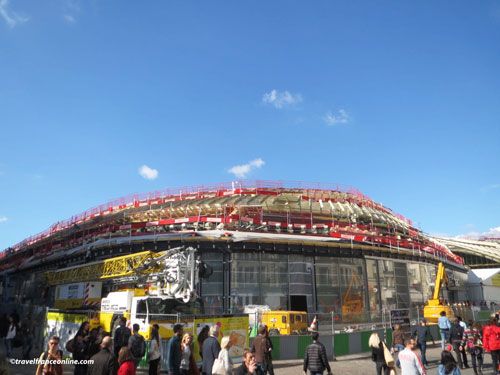 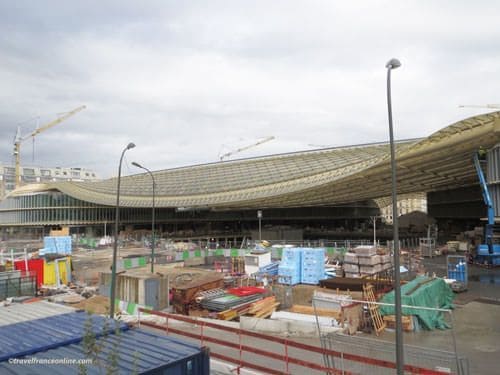 The City of Paris therefore invested in an ambitious redevelopment program in order to rehabilitate the area.

However, their architectural project caused even more controversy than the Forum and the Halles de Baltard put together!

As a result, Les Halles were a huge construction site for the past few years!

The Canopée was eventually completed in 2016.