The Pont Notre-Dame connects the Ile de la Cité to the Rue Saint-Martin on the Right Bank and is one of the two oldest bridges in Paris.

In the 3rd century BC, the Celtic tribe Parisii built their fortress Lutetia on the island and linked it to the left and right banks with two wooden footbridges.

The Petit Pont (small bridge) crossed the small arm of the river, and the Grand Pont (big bridge - the current Pont Notre-Dame) the wider arm.

Some 2000 years ago the Romans conquered France and made Lutetia the centre of their administration for the north of the country.

They developed the Ile de la Cité and upgraded the footbridges with wooden bridges.

Rue de la Cité traverses the island and links Pont Notre-Dame (Grand Pont) to Petit Pont, which the Romans aligned on their Cardo.

The Norsemen burned the two bridges when they besieged the city during the 9th century. 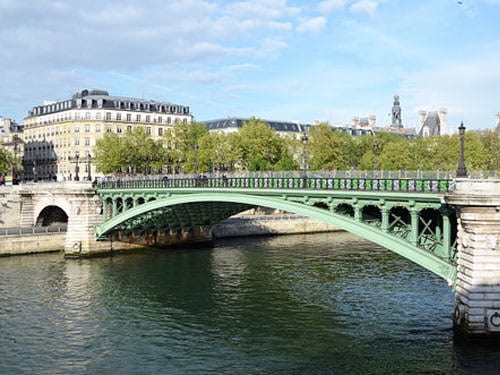 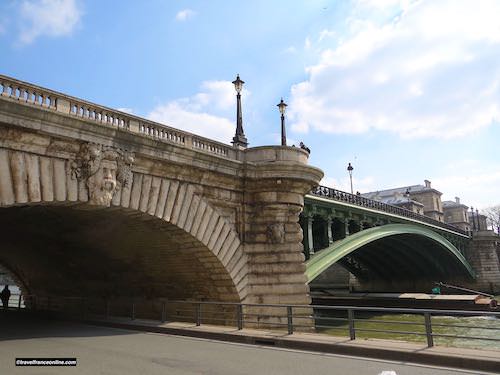 Once the invaders gone, the Parisians replaced the Grand Pont with an assemblage of wooden planks (planches) to cross this marshy and wider arm of the Seine.

This rudimentary footbridge was known as Planches de mi-bray, then Planches de Milbray; mi-bray came from emmi le brai that meant au milieu du marais - in the middle of the marsh or mud.

The floods of 1406 completely wiped out the Planches de Milbray and the Pont Notre-Dame replaced it in 1419.

However, this new wooden bridge collapsed on October 25, 1499 under the weight of its two rows of houses.

A stone bridge replaced it in 1507; it had two rows of 30 stone houses with shops at street level and street numbers (the 1st in Paris!)

It led straight into Rue Saint-Martin, the road that connected Paris to the north of France via the abbeys of St-Martin-des-Champs and St-Denis.

Rue Saint-Martin was the official road used by high-ranking visitors and royals when entering Paris.

It was embellished in 1660 for the visit of Marie-Therese of Spain, the future wife of Louis XIV.

As a result, the Pont Notre-Dame became one of the trendiest areas of Paris.

It was rebuilt on the same foundations during the 18th century, but without houses, as they compromised the strength of the structure.

However, this five-arch bridge was eventually demolished, as it caused  many river accidents. 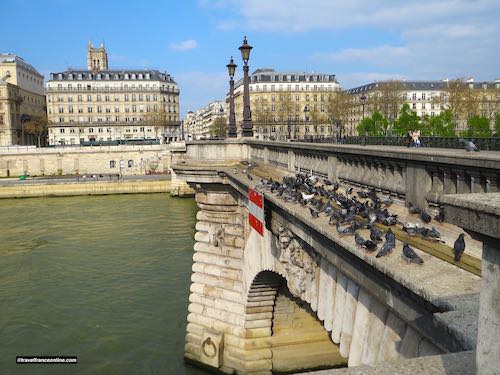 Tour Saint-Jacques on Rive Droite in the background

The engineer Jean Résal built the current bridge (105m long by 20m wide), which was inaugurated in 1919 by President Raymond Poincaré.

Each arch is adorned with a sculptured head of Dionysus, and each pillar with a ram's head.