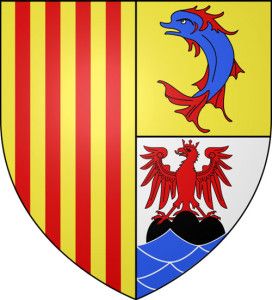 Provence-Alpes-Côte d'Azur Region is located in Southern France, along the warm Mediterranean.

Provence-Alpes-Côte d'Azur or PACA is one of the 13 administrative French regions.

It is the 3rd most populated with 7.7% of the population of metropolitan France and the third economically most important.

These départements were created during the French Revolution.

However, they were once part of the historical provinces of Dauphiné and Provence, Comtat Venaissin and County of Nice.

Provence-Alpes-Côte d'Azur is blessed with a Mediterranean climate.

It has the highest national quota of sunshine with an average of 2400 to 2700 hours per year, with the Bouches-du-Rhône and Var recording up to 2900 hours!

Historical Provence was the property of the Counts of Provence until the late 15th century.

It was then attached to the French Crown, but remained deeply attached to its cultural and linguistic identity.

Provence was one of the first regions of France to be fully Christianized.

However, it was later at the origin of the schism of the Church of Rome when the French born Pope Clement V moved the seat of the papacy to Avignon.

The Côte d'Azur or French Riviera, as the English call it, is the coastline that stretches from the Italian border to Toulon to the west.

This is the trendy coast where you will find Monaco, Nice, Antibes, Cannes, St-Raphael, St-Maxime, St-Tropez, Le Lavandou or Cassis among the most popular resorts.

French, however, have called it La Côte d'Azur since 1887!

This name comes from the title of a book written by the author Stéphane Liégeard who said to have been inspired by the permanent azure colour of the sea and sky of Provence.

Beautiful Provence seems to have it all!

Not only does it boast one of the most enjoyable climates but also an amazing diversity of landscapes.

The Alpes Mountains, a true skiers’ paradise, delineate Provence from Italy while the Rhône Valley.

A major trade route since time immemorial, the valley remains the main north-south artery of the region (couloir Rhodanien).

The Rhône River doesn’t simply flow into the Mediterranean, but splits in two arms that seem to embrace an impressive delta.

Millennia from the accumulation of sediments  created Camargue, and turned it into an island.

This a vast wetland is dotted with a multitude of lagoons (étangs) and surrounded by marshes and is dedicated to the breeding of horses.

The section stretching between Marseille and Cassis is the land of the Calanques, a series of picturesque tiny creeks essentially found .

Then there are the lovely and busy fishing ports and coastal seaside resorts where you might also encounter the Mistral and Tramontane winds!

If you push farther inland you'll discover an ocean of purple comes June when the lavender fields are in full blossom.

The arrière-pays is indeed a landscape of moors or garrigues, where rosemary, thyme, sage, juniper and small trees have adapted to the limestone soil and regular drought. 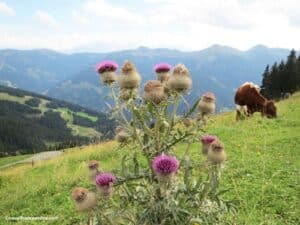 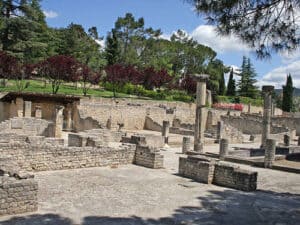