Welcome to our Traditions and General Info section

Welcome to our Traditions and General Info section

Our Traditions and General Info section is about France's rich cultural heritage.

It also tries to answer various practical questions you may have before planning a trip or a holiday.

Each of the 13 French administrative regions has its own identity as France has a long history of invasions.

Various ethnic groups have superimposed their cultures, traditions and beliefs but have locally retained their ancestral heritage.

The dialects, the hair, eyes and skin colours vary from North to South and East to West and remind us that France is a huge melting pot.

French are primarily Roman Catholic but a mere 20% of the population practice.

A vast majority of them, however, are deeply attached to their religious traditions and celebrations.

They will not miss Christmas, Easter or Mardi Gras as these happy celebrations are always fantastic opportunities for great fun, great food and great family gatherings.

They love celebrating Love on Valentine’s Day, Mother’s Day or Father’s day, and a few years ago adopted the tradition of placing love locks on the bridges of Paris.

They can tell you the list and the meaning of all the Public Holidays that rule their lives.

French are very proud of their language, which they consider as the language of Love and Romance and the ultimate ‘langue of diplomatie’.

They know that their Cuisine is considered one of the best in the world, actually the best!

They enjoy showing off their knowledge of their 500 different types of cheese, which they eat with a freshly baked baguette after their ‘escargots’ and ‘cuisses de grenouille’.

They know that the world is flocking to Paris for its Haute Couture and Haute Joaillerie.

However, French will also tell you that France is about simple pleasures such as market day in a picturesque town of province.

Food stalls crumbling under mountains of fruits and vegetables…

All these little ‘ je ne sais quoi” that make French traditions and culture what they are.

That said, we'll make sure that you know when to avoid school holidays dates, give you a few hints about our everyday language or explain you how to go get from A to B... and much more! 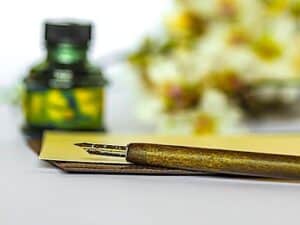