The Ile de la Cite is the spiritual and historic centre and oldest district of Paris.

Long before the Roman conquest, the Gallic tribe Parisii built their oppidum (fort) Lutetia on a small island nestled in a shallow section of the Seine where the antic north-south trail crossed the river.

They connected it to the mainland with two wooden bridges; the Petit Pont linked to the Rive Gauche and Grand Pont to the Rive Droite. 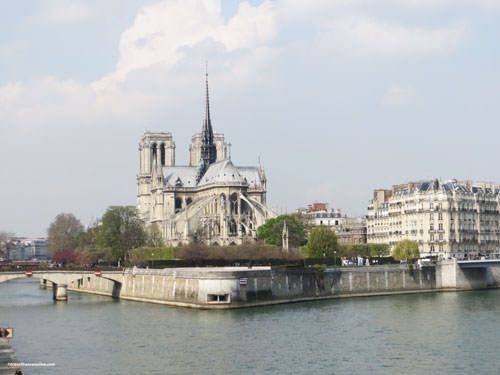 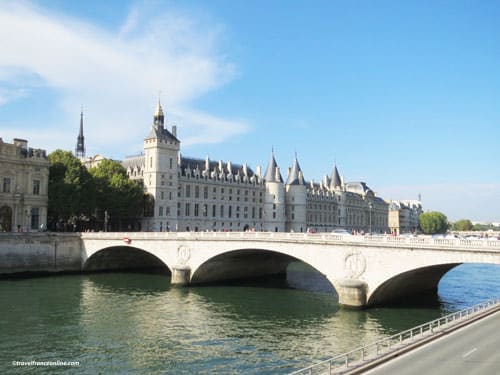 Lutetia was already a thriving river port when the Roman conquered France in 52BC and made it the seat of their administration and centre of power.

The Governors Palace stood on the site of the current Palais de Justice and the Temple of Jupiter on Notre-Dame Cathedral's.

The Roman city and its forum, jail, markets, shops and houses stretched between these two major buildings.

The Archaeological Crypt Notre-Dame, located under the cathedral square, exhibits in situ the vestiges of this ancient Cité, which has left its name to the island.

However, the Ile de la Cité eventually became too small for a growing population and a new district appeared on the left bank (Latin Quarter). 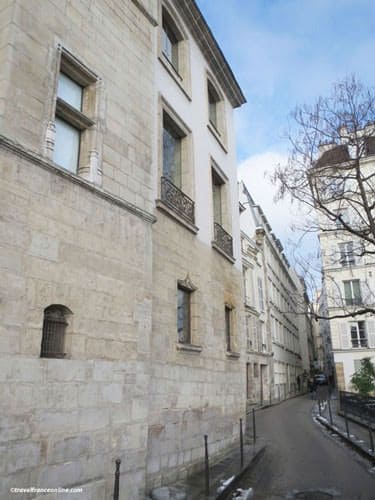 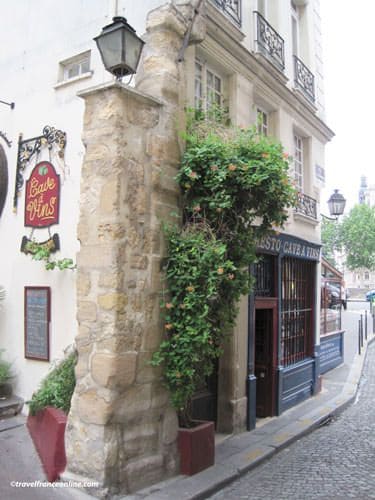 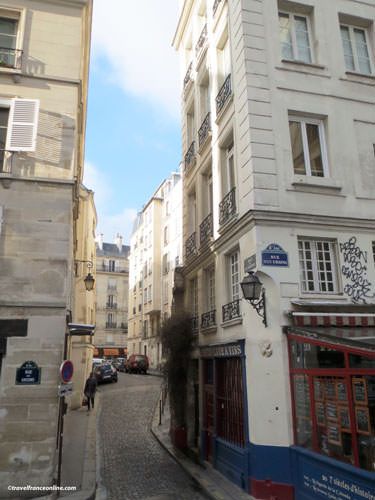 Lutetia became officially known as Paris in 360AD, but a Mile Stone from 307AD bears the name Civita Parisorium or City of the Parisii.

The Parisians reinforced the island's old rampart when the Huns besieged them in 451AD.

They saved their Cité when a young woman - Geneviève - encouraged them to resist Attila and his warriors.

Geneviève became one of the patron saints of Paris.

The Frank Clovis became the first king of France 30 years later and declared Paris the capital of the Kingdom of France in 508AD.

He converted the old Governors Palace in a royal residence, which his successors continued to improve.

The Parisians once more reinforced the old fortifications of the Ile de la Cite when the Normans besieged Paris in 885. 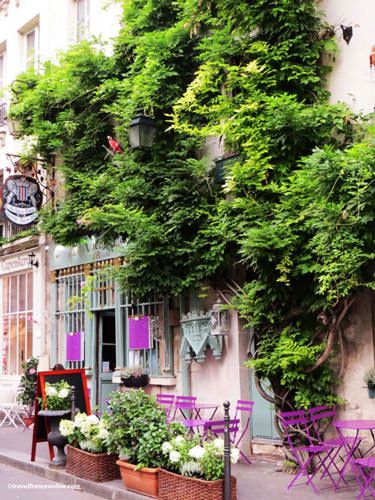 Came the new millennium; France was in full demographic expansion and Christianity was spreading like wild fire.

The great cathedrals were built, and Notre-Dame was one of them.

The Ile de la Cite was reshaped to adapt to the expansion of Paris; the current Palais de Justice, Conciergerie and Sainte-Chapelle were built during the 13th-14th centuries on the site of the royal palace.

The Ilôt Galilée (islet) was attached to the Ile de la Cite and the river arm in-between was filled in to create the Quai des Orfêvres (the former jewellers district.)

In 1360 King Charles V took residence in the Louvre Palace; he moved the Parliament in the Ile de la Cite old palace, which from that day became solely dedicated to the judiciary.

By the late 14th century the palace and its gardens spread on the western tip of the island; Notre-Dame Cathedral, the cloister and the Bishops' Palace on the eastern  tip.

Between them was the overcrowded Cité; a maze of muddy and narrow lanes, alleys and passages lined with houses, chapels, shops and hospitals.

The remaining two islets - Ile des Juifs and Ile du Passeur - were attached to the western tip of the Ile de la Cite in 1607, during the construction of the Pont-Neuf, to form the Place Dauphine and Square du Vert-Galant. 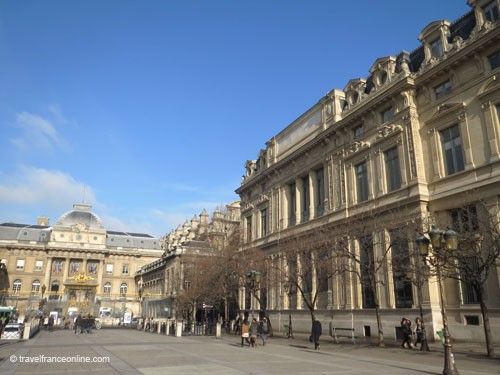 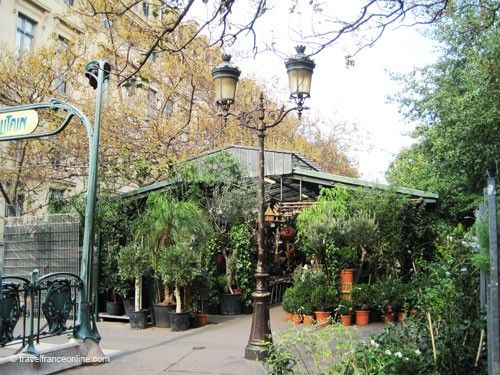 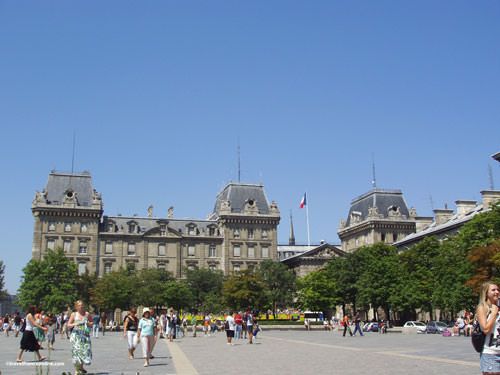 Haussmann eradicated the medieval Cité and redesigned its layout when he renovated Paris in the 1860s.

He demolished houses, shops and churches to increase the cathedral square by fourfold; dark paving stones today outline their layout, but you can discover their foundations in the Archaeological Crypt Notre-Dame.

He rebuilt the Hôtel-Dieu, the oldest hospital of Paris (660AD) in Rue d'Arcole; the Square Charlemagne and equestrian statue of Emperor Charlemagne today mark its place.

Finally, Haussmann demolished the old Chapelle Saint-Michel that stood in the courtyard of the Sainte-Chapelle, and built a jail along Quai des Orfêvres.

The latest addition to the Ile de la Cite is the Memorial to the Martyrs of the Deportation of WWII on the eastern tip. 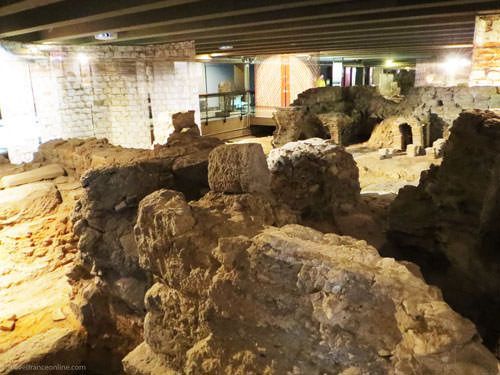 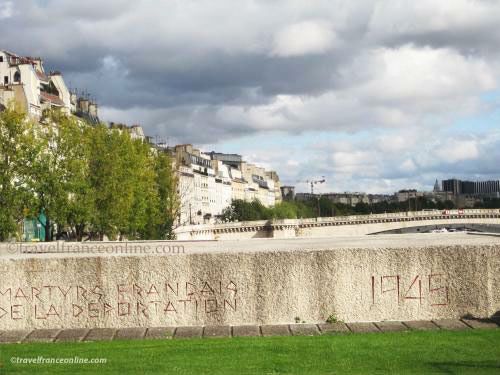 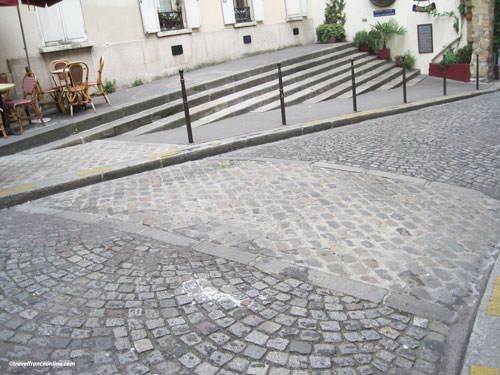 Outline of the Gallo-Roman rampart in Rue de la Colombes

The cathedral, Rue d’Arcole and the Seine today encompass what is left of the cloister.

The Cloître Notre-Dame was a city within the Ile de la Cite, with its own lanes, surrounding walls and fortified gates.

It was also the first university of Paris - placed under the tutelage of the church - until the foundation of the Latin Quarter in the early 12th century.

This picturesque enclave has retained its medieval appearance, as several lanes and buildings escaped destruction.

The 14th century Rue Chanoinesse was the cloister's main street.

A double row of lighter paving stones at no.6 Rue de la Colombe, a street that dates from 1223, marks the place and width of the Roman rampart.

Rue du Port St-Landry was renamed Rue des Ursins when the Hôtel Ursin was built in 1321.


Finally, the Quai aux Fleurs was created in 1769 on the Port St-Landry, the first port of Paris; it was extended in 1804 from Pont d'Arcole to Pont Saint-Louis.