The artist discover Montmartre in the 19th century

The Bateau Lavoir alone embodies the bohemian spirit of Montmartre of yesteryear.

This cheap and run-down artists residence that saw the debuts of the most gifted and innovative artists of the 19th and early centuries is to this day the iconic symbol of this long gone era.

The painters Géricault and Horace Vernet were the first to move to rural and cheap Montmartre in the early 19th century.

Corot, Monet and Manet arrived in the 1870’s; they were the great masters of Impressionism, a style in total breach with the academic styles of the previous centuries.

One painting, today internationally acclaimed, left its name to this new painting style.

Impression, Soleil Levant, is a perfect illustration of Monet's (then highly controversial) technique and use of light.

But above all, Montmartre was the artistic sanctuary where they could give free rein to their imagination and push the limits of their creativity to the extreme.

They turned the village into the uncontested Mecca of arts and literature until WWI. 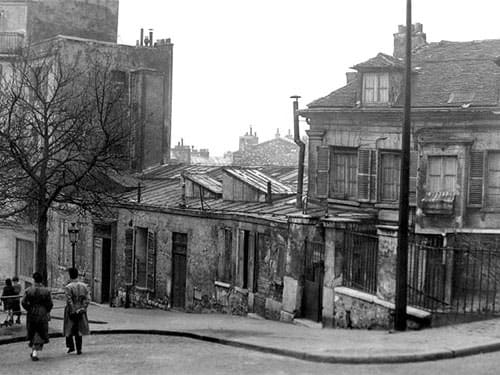 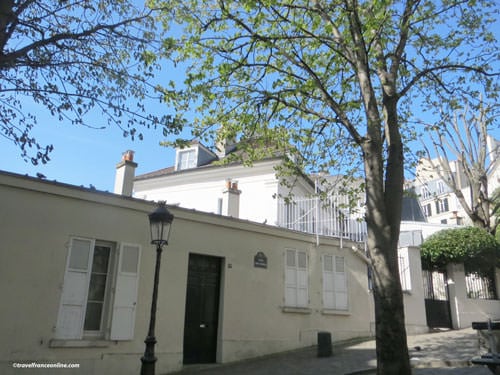 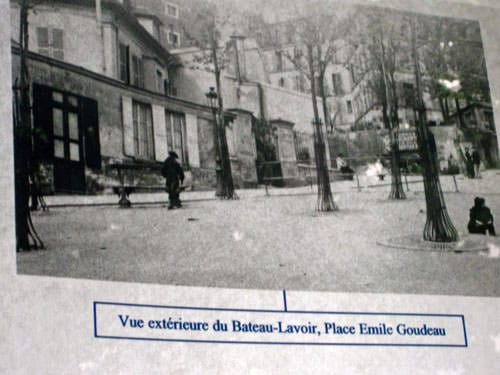 Facade on Place Emile Goudeau in the early 20th century

They lived in cheap accommodations, often run-down buildings hastily converted by their owners.

One of these, converted in 1890, became known as Le Bateau Lavoir.

The rear of the two-storey building overlooked the gardens, but only the upper floor faced Place Ravignan, the current Place Emile Goudeau, because of the slope of the land.

A long wooden corridor, which resembled the narrow gangway of a steamer, ran outside the building’s garden facade and served 25 tiny studio apartments.

The building had no running water, but only one tap that served all the tenants; hardly a washhouse or lavoir!

As per today’s standards, Le Bateau Lavoir was certainly not a 5* hotel; it was insalubrious and artists shared their tiny space with an army of cockroaches! 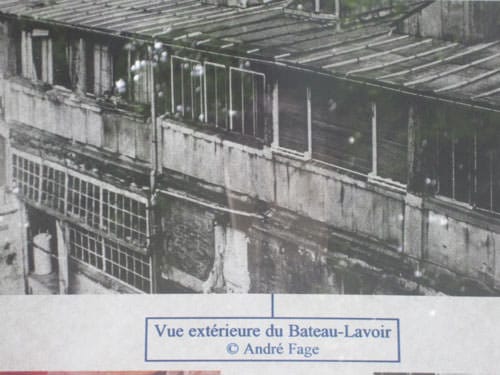 Garden side facade with the wooden gangway 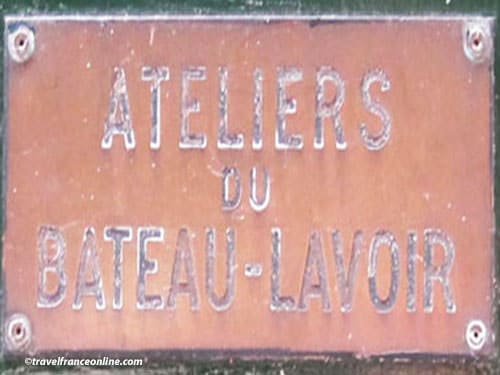 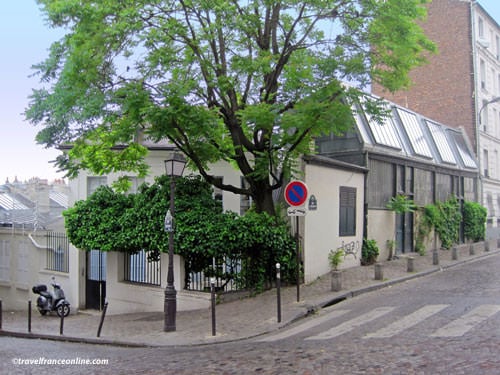 Le Bateau Lavoir, home to the greatest artists of the 19th and 20th century

The first tenant, the painter Maxime Maufra, moved in 1892.

Picasso lived in Le Bateau Lavoir from 1904 to 1909, during his Periode Rose and beginning of Cubist phase, but kept his studio until 1912.

His long-term fellow tenants were Van Dongen, Gris and Modigliani.

The artists deserted Montmartre during WWI and moved to La Ruche, another residence for artists in the cheaper Montparnasse district.

Sadly, the original Bateau Lavoir burned in 1965; all that is left are the rear gardens and the facade at no.13 Place Emile Godeau, which is now a listed Historical Monument.

However, the residence was rebuilt to the identical and still provides 25 artist-studios.

As you walk by the unassuming building, remember that some of your favourite artists made their debut there!