Montmartre Village grew around the prestigious Abbaye de Montmartre, which was demolished at the French Revolution.

The village remained rural until the late 19th century and became the haunt of the greatest artists of the time.

By the early 1900s, the population had increased several folds, and Montmartre split into two distinct districts.

Montmartre became an independent commune in 1790 and was partly integrated into Paris during the territorial reform of 1860. 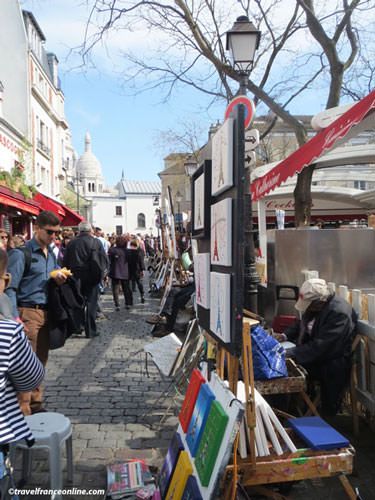 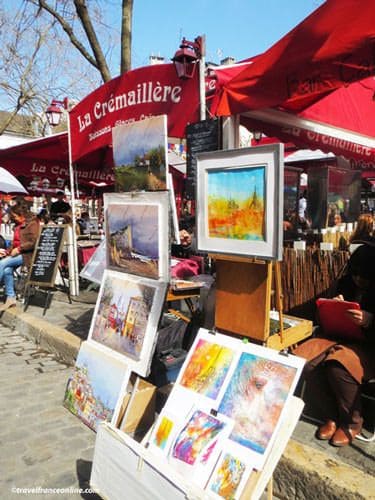 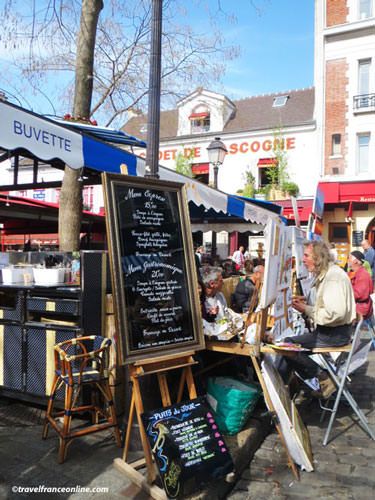 Place du Tertre, the village square, was created in 1635 on the top of the hill (tertre), on land owned by the abbey.

Most buildings that surround it date from the 17th or 18th century.

The former village hall, at no.3, is now home to the Maison Poulbot, a museum dedicated to Francisque Poulbot. The painter became famous in the 1920s for his drawings of Montmartre children, since known as P'tits Poulbots.

The Tourist Information Center is at no.21, in the former seat of the Commune Libre de Montmartre, an association founded in 1920 to protect the village of Montmartre. 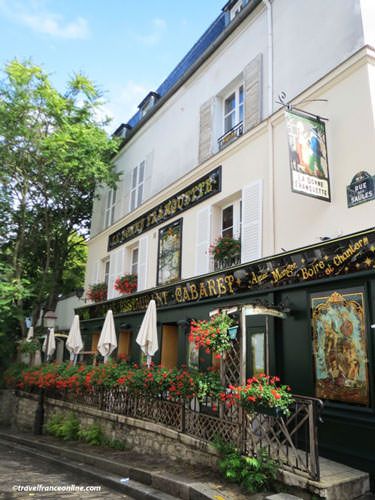 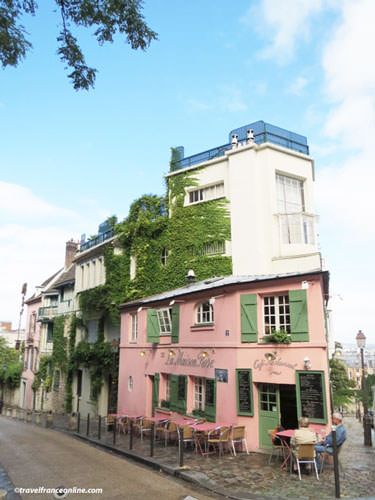 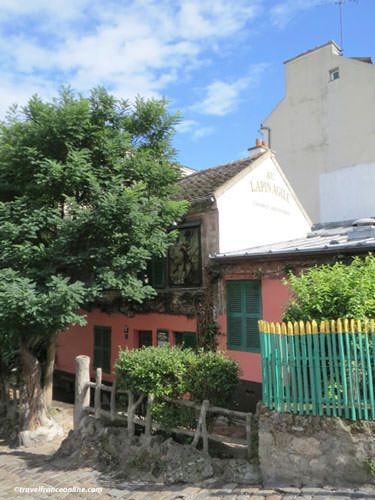 A stroll in Montmartre village

Montmartre was the cradle of the Commune of Paris, the civil war triggered by the French defeat during the Franco-Prussian War of 1870-71. Modern day Montmartre has erased all memory of these tragic events.

Rue du Mont-Cenis, one of the village’s steepest streets, will give you unlimited view over the northern district of Paris. Rue Saint-Rustique, the former main street, will take you on the hill's highest point.

The junction of Rue de Norvins, Rue des Saules, Rue Poulbot and Rue Saint-Rustique was one of the painters’ favourite spots.

The Musée du Vieux Montmartre will let you set foot in the Montmartre from yesteryear, an era when the artists who revolutionised art before WWI lived and created their masterpieces. The museum was founded in a 17th century country house, where Renoir, Utrillo, Dufy and Utter lived during the Belle-Epoque.

The exhibits include a replica of the Café de l'Abreuvoir, where Utrillo, ‘the painter of Montmartre’ sat to paint.

The composer Erik Satie lived next door, at no.6.

Many lived in Le Bateau Lavoir, an artist residence, and one of Montmartre's major landmarks. Several other artist residences, such as Le Hameau des Artistes and La Cité des Arts, still dot the old village.

Le Lapin Agile was one of their favourite meeting spots. The modest cabaret is still nestled behind a big acacia in Rue des Saules. It overlooks the small Cimetière Saint-Vincent, where Utrillo and Honegger are buried.

Rue des Saules runs also along La Treille, the last vineyard of Montmartre. The traditional Fêtes des Vendanges, the grape harvest, is one of the village’s annual key events and takes place on the 1st Saturday in October.

Finally, the Square Suzanne Buisson replaces the park attached to the Château des Brouillards, a mansion once converted into an entertainment hall. A statue representing Saint-Denis holding his head marks the centre of this small public garden.

Legend has it that the Romans beheaded St. Denis, the 1st bishop of Paris, on the slope of Montmartre Hill. 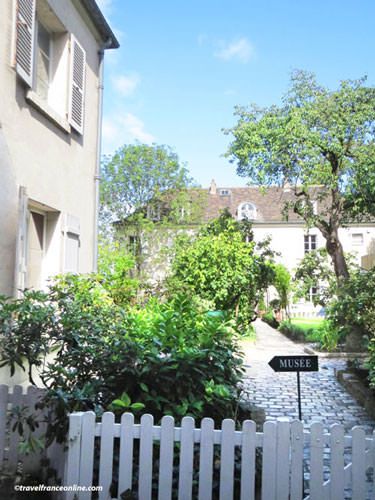 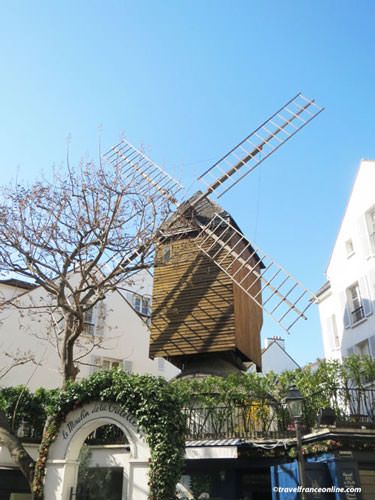 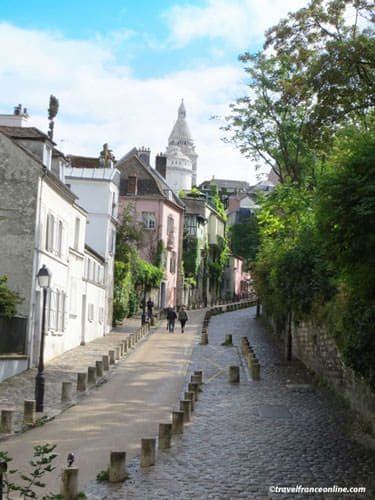 The Moulin de la Galette overlooks the junction of Rue Girardon and Rue Lepic. It belonged to the Debray, the family of millers attached to the abbey since the 14th century.

The windmill, which they turned in a fashionable cabaret in 1833, inspired many paintings to Van Gogh, Willette, Renoir and Utrillo.

It was fully restored in 1980 and converted into a restaurant.

Montmartre village has much to offer; escape form the overcrowded Place du Tertre and discover the little back streets... 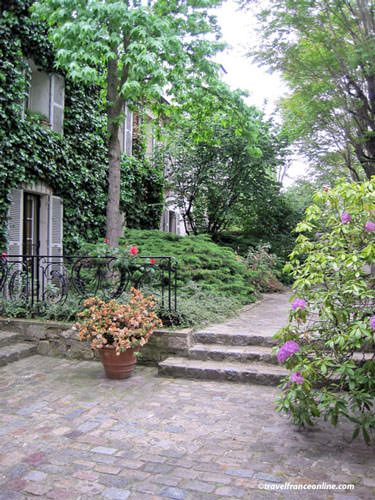 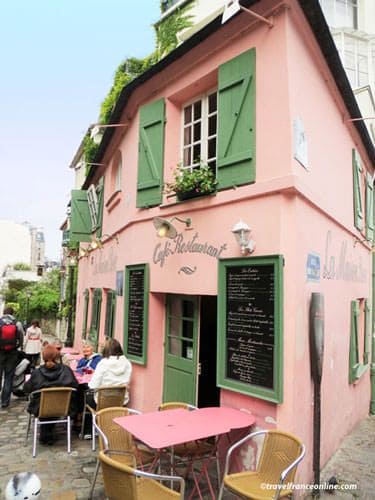 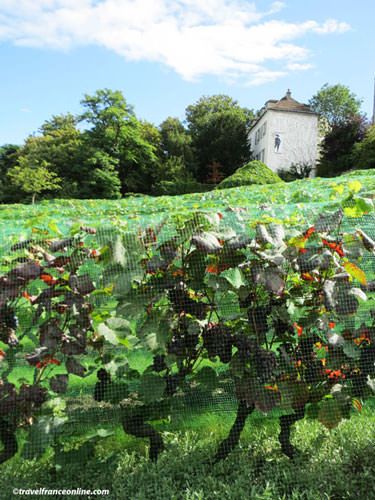