The parish church of Quartier des Abbesses is also the only Parisian church built in reinforced cement mounted on a metal frame.

The smallness of the plot and the location of the crypt, 10m below street level, led Baudot to add 26 reinforcement pillars to anchor the building 12m deep into the ground.

He also strengthened the structure with reinforced cement and bricks and added an interior metal gallery that runs all around the edifice to prevent any movement of the structure.

Saint Jean de Montmartre is therefore a feat of metal architecture; a light, yet strong structure, adorned with geometrical and intertwined volutes and friezes. 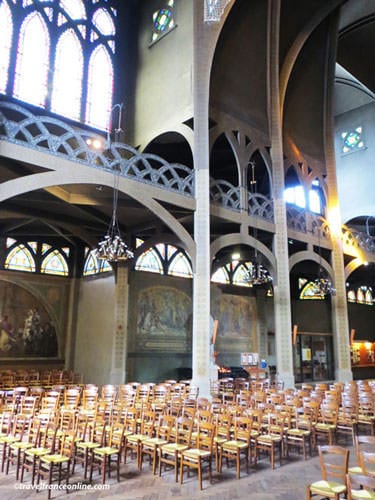 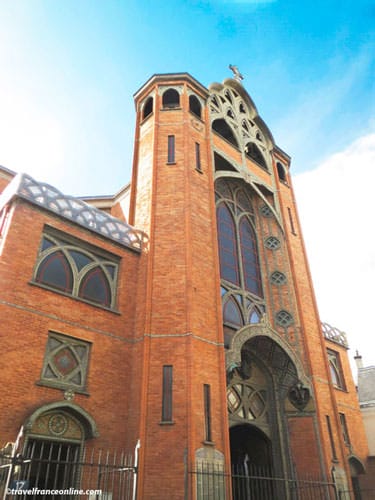 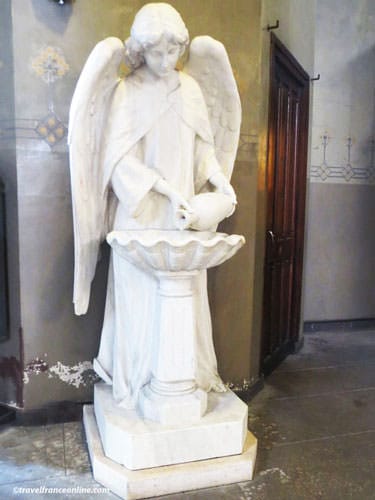 A masterpiece of Art Nouveau

It also boasts a wealth of unusual Art Nouveau decorative features produced by the best artists of the time, such as the red brick facade adorned with geometrical mosaics and the porch framed with two bronze angels.

The theme of the interior and exterior decoration is based on the writings of St-John – The 4th Gospel and the Apocalypse.

Guéniot sculpted the two white marble angels that hold the fonts by the entrance, but also most of the church’s low reliefs and medallions.

The nave and chancel reinforced cement walls were plastered and adorned with impressive murals and canvasses.

The Chapelle de la Vierge was decorated after WWI with a mural depicting the marriage of a Soldier of the Great War.

Four medallions, depicting the symbols of the Evangelists, adorn the upper part - Matthew and the Angel, Luke and the Bull, Mark and the Lion and John and the Eagle.

This last theme is also found in the decoration of the pillars and the stained-glass windows.

Jac Galland created all the windows (but the Crucifixion by Tournel), including the 48 curvilinear windows, depicting the Virgin’s Litanies.

Cavaillé-Coll built the great organ in 1852 for a church located in Lyon; the instrument was transferred to Saint Jean de Montmartre in 1910.

The crypt isn’t open to the public, but as you leave you'll discover a bust of the architect Baudot outside the porch. 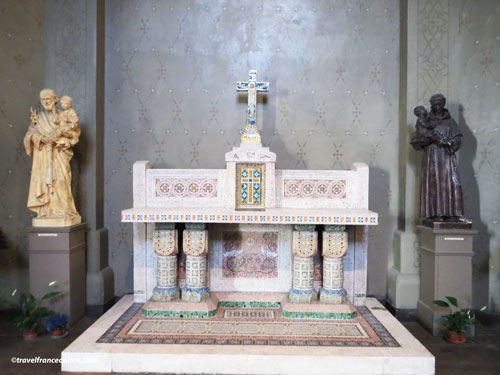 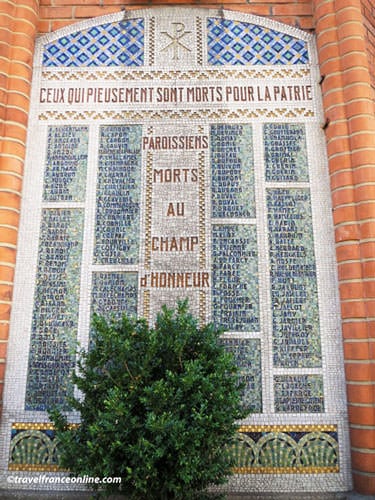 Memorial slab to the Dead of WWI 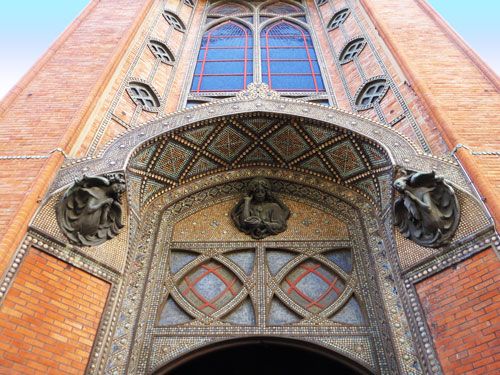 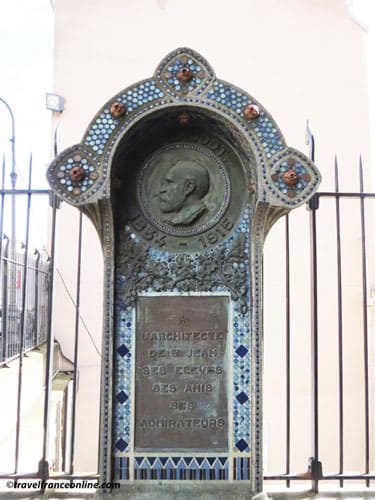 Bust of the architect Baudot 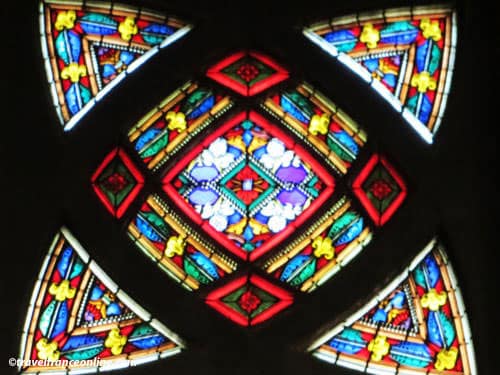 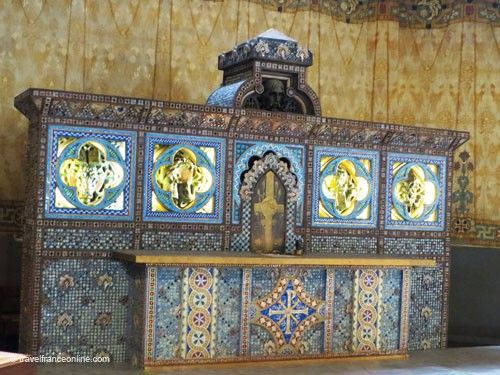 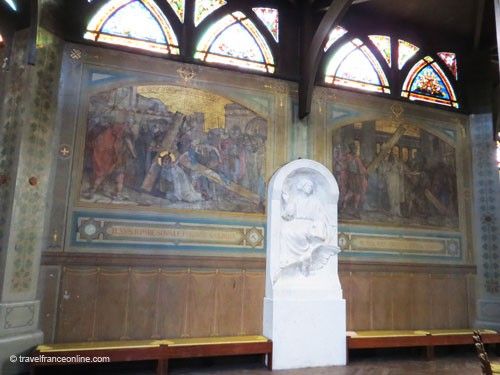 Murals depicting the Way of the Cross 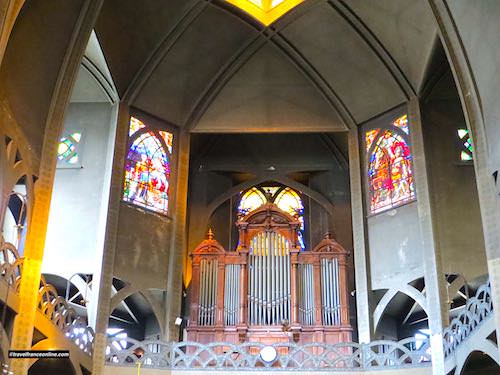 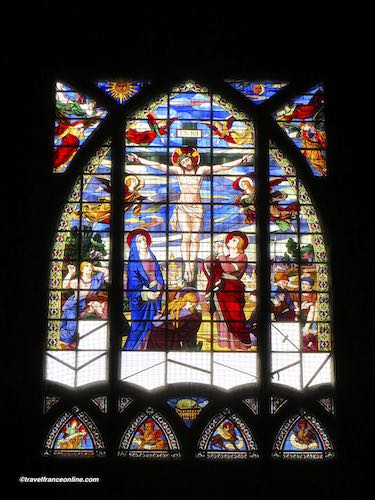