Top 10 things to do in Paris on a rainy day

Top 10 things to do in Paris on a rainy day

As Audrey Hepburn once said “Paris is always a good idea”.

This is so true, as the French capital has a lot on offer, but believe or not, it does rains there too from time to time!

Finding the 'dry spots' can be quite daunting when you don't know where to start, so we've compiled a list of the top 10 things to do in Paris on a rainy day, from traditional to off the beaten track visits... 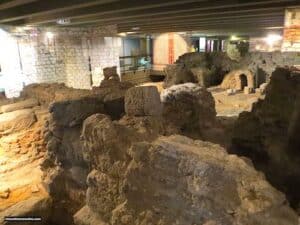 Notre-Dame Archaeological Crypt is a time machine that will take you 2000 years back to antic Paris.

Vestiges of Lutetia, as it was called until the 4th century, were uncovered under Notre-Dame Cathedral square.

Beautifully excavated and showcased, they’ll allow you to walk among the foundations of Roman and medieval buildings and discover the antic port of the Ile de la Cité.

Duration: a couple of hours 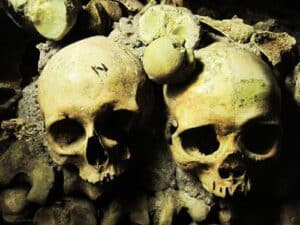 Some of the 6 million skeletons stored in the Paris Catacombes

If you’re more adventurous and not easily impressed, we suggest you visit the Catacombes.

They were converted in a necropolis in the late 19th century when Paris’ parish cemeteries were disaffected for obvious sanitation reasons.

Small chapels were dug in the galleries' walls to store the millions of bones that were regrouped by cemetery and stacked in amazing patterns. 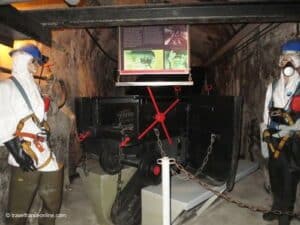 If you enjoy tourist attractions that are out of the ordinary, here’s another one for you: Paris sewers.

A well-marked and secure circuit takes you through six centuries of history of water in the city: drinking and non-drinking water, wastewater, evolution of sanitation and the evacuation and purification techniques.

And no, it doesn’t smell bad, just slightly acrid, but nothing unpleasant.

Duration: a couple of hours 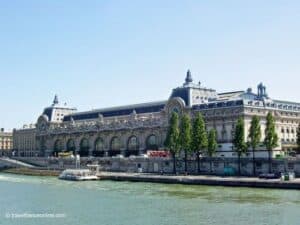 Orsay Museum along the Seine

Visiting some of the many museums will also be a perfect way of escaping the rain in Paris.

There’s not enough space to list them all obviously, but the Louvre and Orsay museums should be at the top of your list.

Duration: a whole day for Louvre; half a day for Orsay; a couple of hours for most other museums 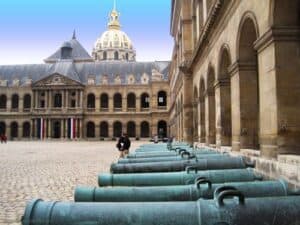 The annex buildings of the Hôtel des Invalides accommodate the Army Museums.

However, the most visited landmark is the imposing Dome Church that was altered to build the crypt that shelters Emperor Napoleon’s grave.

Saint-Louis des Invalides Church, which is accessed from the Cour d'Honneur, is only open to the public on Heritage Days.

Queues are not too long and you can buy a combined ticket for the visit of the museums and the church.

Duration: half a day 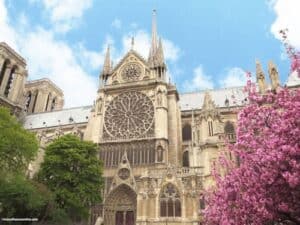 Another way of staying dry when it rains in Paris is to visit our magnificent Notre-Dame Cathedral and stunning churches.

There are so many that you’ll be spoilt for choice.

We don’t recommend the Sacré-Coeur Basilica and Sainte-Chapelle on a rainy day, as queue are always long.

Instead, we suggest checking one of the 25 churches we selected for you.

They are all different and absolutely fabulous. 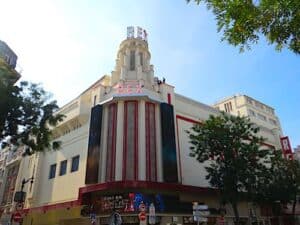 If you are a fan of cinema and Art Deco, check the film programme at Le Grand Rex along the Grands Boulevards.

This iconic Parisian cinema was built in 1932.

It is a small replica of the Radio City Music Hall in New York.

Hitchcock chose it for the premiere of his film The Birds.

What better reference could you hope for?

Duration: as long as the film lasts! 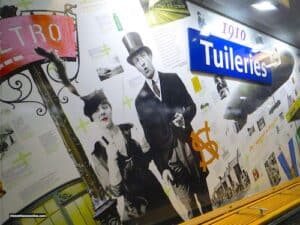 If you want to remain dry all through the day, we suggest you discover Paris cultural (decorated) Metro stations.

All you need is one Metro ticket per person.

It'll be valid for 90mins as long as you stay within the Metro’s barriers.

This will allow you to travel from a station to another and change line to discover them.

Duration: a whole day, half a day or as long and as short as you wish 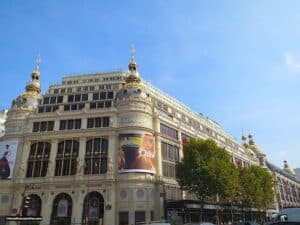 Why go shopping in Paris on a sunny day?

The only thing you need to decide though is: should you start with the Galeries Layette, Le Printemps Haussmann or Le Bon Marché Rive Gauche?

Whatever your choice, shop till you drop!

However, don’t forget to look up to admire their magnificent Art Nouveau stained glass domes and fabulous interior and exterior decoration!

Duration: Up to you! 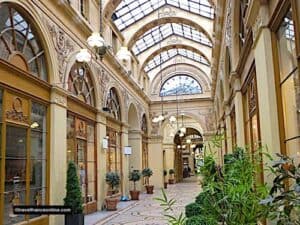 However, if you want to shop like a Parisian, go for Paris’ covered shopping arcades.

Essentially pedestrian, they were built between the late 18th and mid-19th century near the places of power such as  Louvre Palace or near the Grands Boulevards, wide avenues lined with entertainment halls.

These passages allowed customers to shop without the fear of being run over by a horse-drawn cart or exposed to bad weather.

They have the unique charm of a bygone era and boast lovely boutiques and Parisian bistros!

Duration: once more, Up to you! These covered arcades are in the same area, but not connected; you’ll need to run between the rain drops to get from one to another, but it's worth it!