The Metropolitain of Guimard in 1900

Paris' first Metro line was inaugurated in July 1900 on the occasion of the Universal Exhibition.

La Compagnie du Métropolitain Parisien commissioned Hector Guimard, one of the masters of Art Nouveau in France, with the creation of Metro entrances.

However, Guimard’s style wasn’t to the taste of all, as Art Nouveau was in complete breach with the neo-Classic style of the time!

Tired of critics, Guimard eventually ended his contract in 1912, but had then created 141 superb entrances!

Many were demolished after the WWI during the modernisation and expansion of the Metro.

Luckily many escaped destruction and were classified Historical Monuments in the 1960-70s, when Art Nouveau was recognised as a style in its own right.

Guimard’s entrances have since become the emblematic image of the Paris Metro.

You’ll recognise the elegant and simple entrances, nicknamed libellules (dragonflies) all over the capital.

However, you'll have to exit at Porte Dauphine, Abbesses (Montmartre) and Châtelet on Place Ste Opportune to admire the 3 remaining canopy-style entrances. 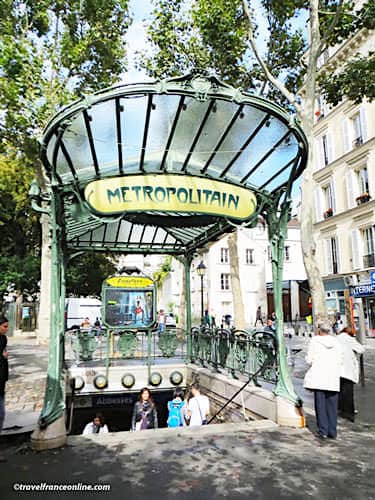 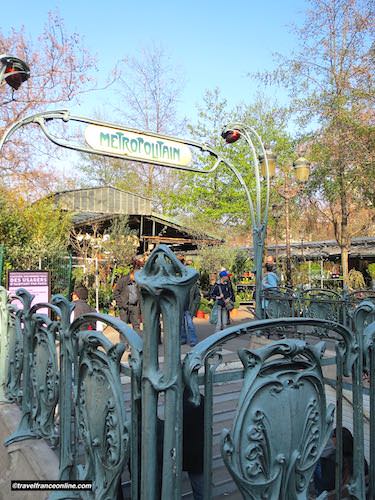 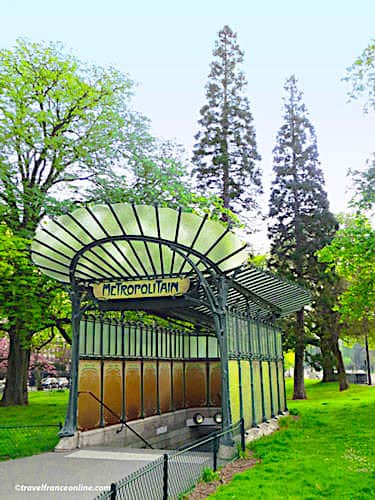 The Metro of the 20th century

The stations were steadily renovated, redecorated and upgraded as their number increased with the evolution of transport over the decades.

Le Renouveau du Metro (renewal), an ambitious program of rehabilitation to restore the Metro to its original grandeur, took off in 1999.

From an unavoidable busy, dusty and over crowded place, the Metro has since been slowly mutating into a pleasant commuting space with bright, modern and aesthetic stations.

This program coincided with the opening of a fully automatic 14th line. 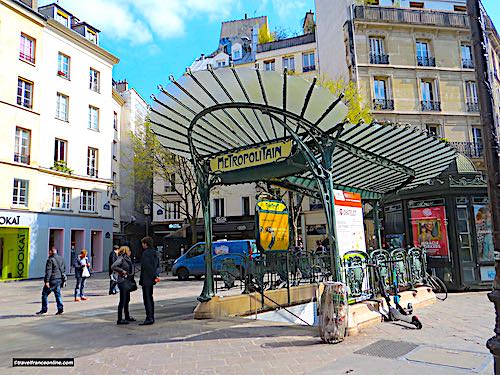 This revival of the Metro began in fact in the 1960s when André Malraux was Minister of Culture.

Not only did he save the Marais, when he officially declared it a protected area to stop the destruction of its rich architectural heritage, but he also decided to embellish some Metro stations.

The first was the Louvre station (today Louvre-Rivoli), which he transformed into an ’introduction’ to the museum.

The walls are covered with stone, and windows displaying reproductions of statues exhibited in the Louvre placed on the platforms.

This new ‘advertising concept’ worked beyond all expectations and attracted crowds to the Louvre. 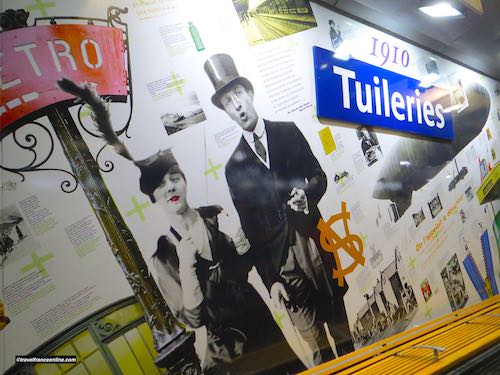 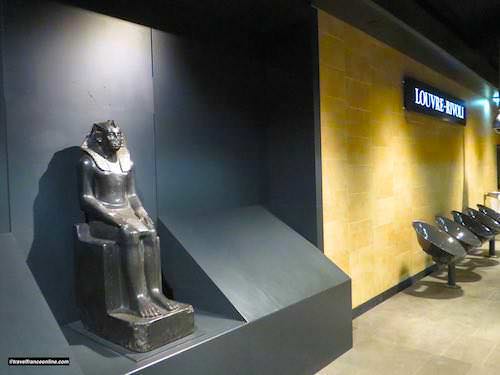 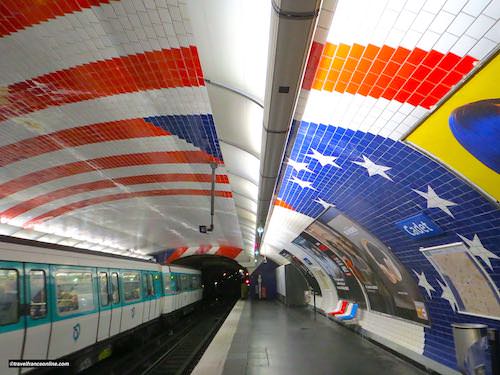 This huge success triggered the refurbishing of a dozen other Metro stations to showcase the monuments, sites or districts they serve. 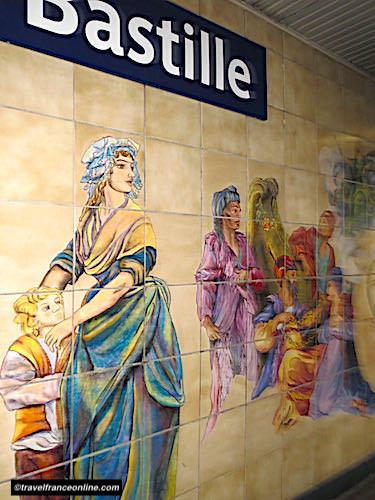 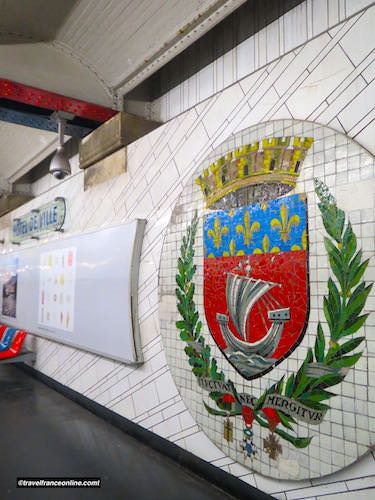 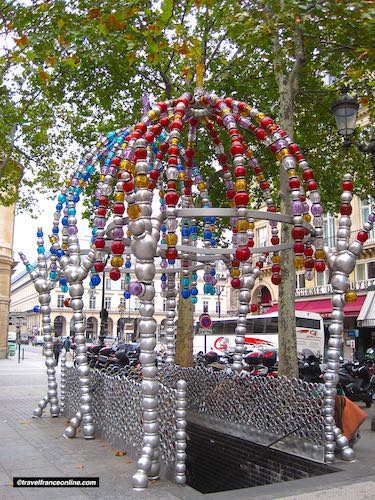 The Metro celebrated its centenary in 2000 by refurbishing more stations.

Bonne-Nouvelle (cinema as it serves the Grand Rex), Carrefour Pleyel (music to serves the Salle Pleyel venue), Europe (celebrates EU), Montparnasse-Bienvenüe (relates the Metro’s technical history and network and pays tribute to its staff), Pasteur (the nearby institute), Saint Germain des Prés (creation and literature), Tuileries (Centenary of the Metro) and Villejuif-Leo Lagrange (sport as it serves the stadium).

The year 2000 was also the occasion to celebrate the new millennium with a new entrance, Le Kiosque des Noctambules that exits on Place Colette to serve the Comédie Française, Palais-Royal and even the Louvre!

More cultural stations will be added to this page in the coming months, so visit us again to discover more!