Nativity Scenes - Crèches in French - are very popular in France.

They depict the Birth of Jesus of Nazareth in the stable - or more accurately the grotto - of Bethlehem.

According to the Gospel of Luke, Baby Jesus was placed in a manger.

Cripia, the Latin word for manger evolved in French into crèche (crib) and by extension to the whole stable or grotto.

Christians started to worship the Cave of the Nativity in Bethlehem during the 3rd century AD.

During the Middle Ages, people gave small theatrical performances reproducing the event in the villages.

The earliest crèches appeared in France in the late 16th century, just after the Wars of Religion, in order to revive Christianity.

Lavish Baroque style Nativity scenes appeared in the 17th century in order to decorate the aristocratic mansions of Paris and provincial cities.

Ordinary Nativity scenes were exhibited in the churches until the French Revolution.

After that, it became forbidden to represent religious scenes in public!

This prohibition encouraged, however, the development of Nativity scenes in private dwellings.

Small figurines and statuettes representing all the characters present in the stable of Bethlehem were therefore created. 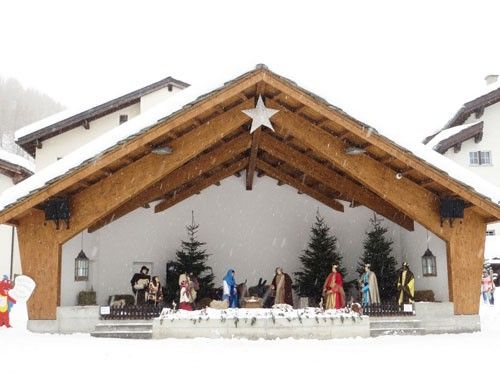 Nativity scene in a little village in the Alps 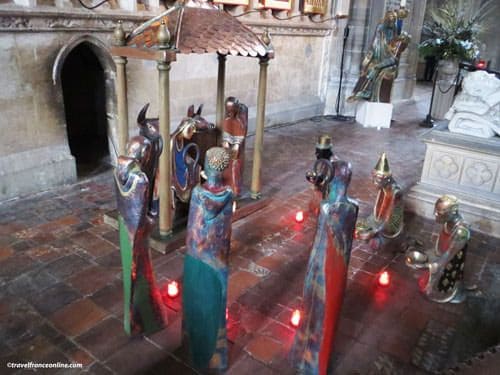 Nativity scene in a prestigious church

These figurines are known as santons and originated in Provence.

Santon is the evolution of the Provencal word santoun meaning little saint.

They were inspired by the local community.

1- those who are in the stable

2-those who bring gifts

3- those who represent the various trades of the era, such as the miller, washerwoman and the grinder

4- finally, there are the animals

The first santons were fashioned with the white part of the bread.

Once shaped, it was left to dry then painted with oil and varnished.

Clay santons eventually replaced them, as they were very fragile and obviously didn't last.

This tradition became so popular that it gave rise to the profession of santon-maker or santonnier, a skill handed down from father to son.

Workshops competed in originality in order to create the most beautiful santons and all had their trademark styles. 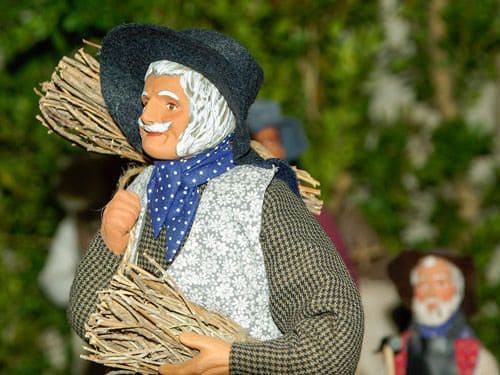 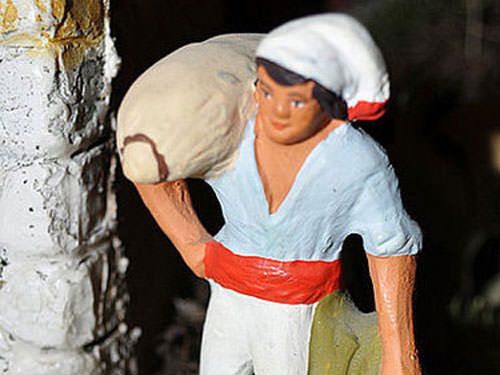 When to install the Nativity Scenes?

You should install your Nativity Scenes on the first or last Sunday of Advent or on Nicholas’ Day on December 6.

They are indeed decorated with moss, logs, pine cones, straw, and stones.

Most people today buy ready-made Nativity scenes and santons and add one or two new items each year.

This is a way of steadily creating beautiful Nativity scenes without spending too much.

Finally, you should remove your Nativity scenes on February 2, the date of the presentation of Jesus at the Temple.

Photos via Wikimedia Commons:  Santon the miller CC BY 2.0 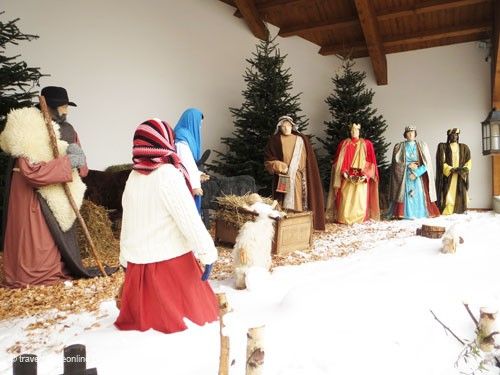 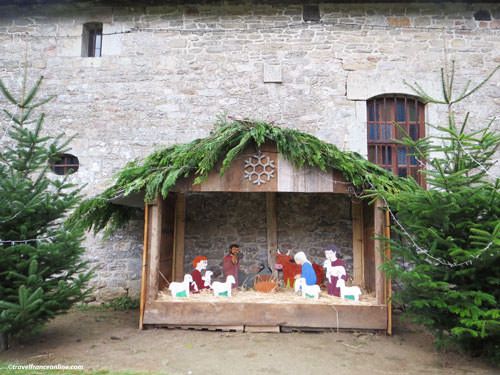 Nativity scene in a rural church