Advent - Avent in French - celebration is quite popular in France.

It marks the preparation for the celebration of the Birth of Jesus, the emergence of light over darkness.

However, this celebration takes its roots in the Pagan tradition.

This helped them ward off their fear of the long December nights, their fear of losing the light of the sun and also stop evil from wining over good.

They therefore decorated their houses with branches and red flowers, which symbolized fire and light and by extension fertility.

Advent tradition is deeply rooted in the north and east of France and among practicing Catholic families. 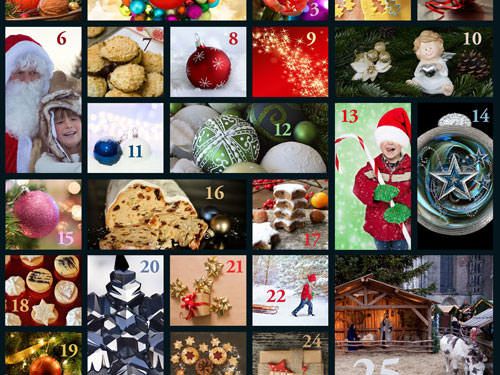 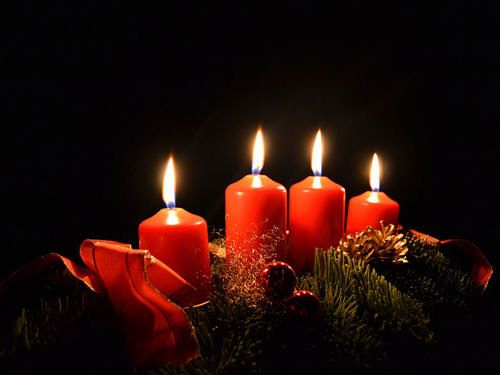 Advent begins the fourth Sunday before Christmas and runs for the four weeks that precede and prepare for Christmas.

Cities celebrate the beginning of Advent with the official lighting of their Christmas streets lights.

It is a very happy celebration for young children.

They impatiently wait for the new day when they can open one door on their Calendrier de l’Avent.

German Lutherans introduced this lovely tradition during the 19th Century.

Calendars have 25 windows; each window then contained a small image, which the children had to cut out.

Chocolate has since replaced images! 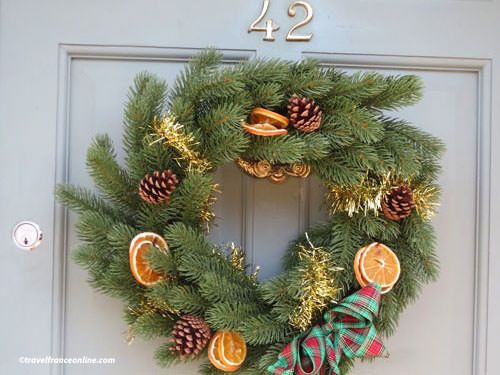 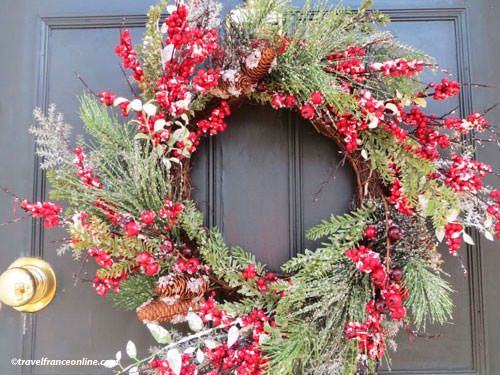 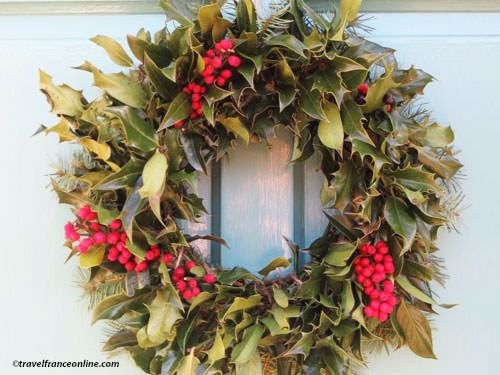 The Couronne de l’Avent is ready for the first Sunday of the Advent.

It is made of fir branches, holy and mistletoe traditionally decorated with pine cones and red ribbons.

These shrubs are indeed the only to bear colourful fruits at this time of the year.

The green branches symbolize the rebirth of Nature in Spring.

The wreath symbolizes the Crown of Thorns worn by Jesus on the Way to Calvary.

Its round shape symbolizes the light of the sun and the hope of its return at the end of the long winter months.

It is easy to see how, once more, the Church of Rome superimposed its traditions over the ancient pagan beliefs.

The four candles placed in the centre of the wreath represent the four seasons, the four cardinal points and the Four Sundays of Advent.

They are usually red in order to evoke fire and light.

The first candle represents the pardon granted to Adam and Eve.

The second represents the faith of Abraham and the Patriarchs to whom God gave the Promised Land.

The third candle symbolizes the agreement between God and King David.

Finally, the fourth represents the teachings of the prophets who proclaimed a reign of Justice and Peace.