Valentines Day - St-Valentin in French - is the celebration of Love.

Millions of people throughout the world indeed give gifts to their loved-ones on that day.

The Church of Rome, the Anglicans and Lutherans celebrate Saint Valentin or Valentines Day on February 14.

However, the origin of this celebration goes back to the Pagan times.

Valentinus was a Christian martyr and lived in Rome.

He was jailed around 270AD for helping other Christians to escape persecution and carrying out clandestine weddings for soldiers.

And any Christian sacrament was anyway outlawed by the Roman Empire. 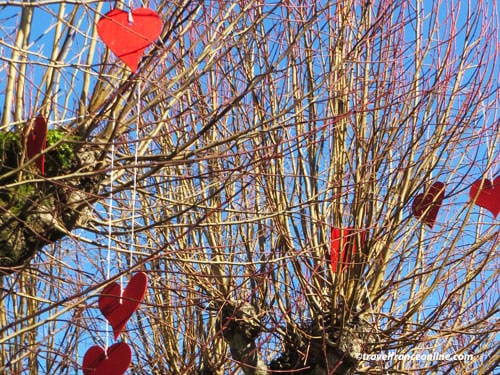 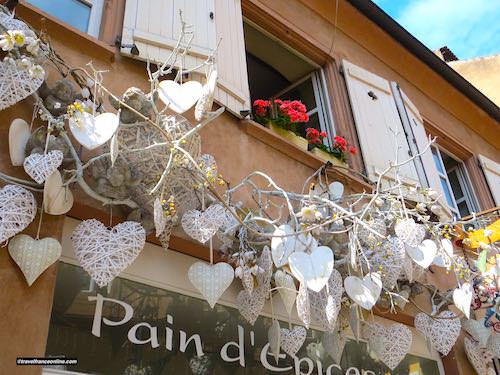 Heart, the symbol of Love

The legend has it that Valentinus was the first to use the 'Heart' symbol.

He indeed gave newlyweds a piece of parchment, cut out in the shape of a heart and inscribed with the registration of their vows.

According to legend, he also started the tradition of sending a greeting card.

It all started when he healed the blind daughter of his jailer.

The jailer and his extensive family saw in this miracle the revelation of God and converted to Christianity.

The legend also mentions that Valentinus fell in love with the young girl, who by then had recovered her sight and could read.

So before his execution, on February 14, he sent her a farewell note signed “from your Valentine”.

He is known in Latin as Amor and in Greek as Eros, and his cult is most likely related to ancient Pagan rituals. 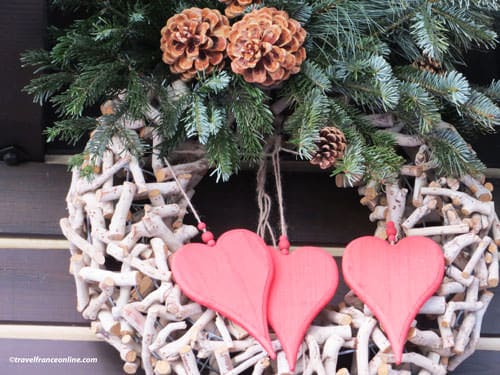 Pagan Festivals of Fertility of Lupercalia and Juno Februa

Ancient rites were too deeply rooted to be eradicated in a generation or two, so the Church of Rome superimposed its own celebrations on them.

It's therefore no coincidence that St.Valentine has been celebrated on February 14 since the 5th century AD.

For ancient Greeks, February was indeed a month largely dedicated to a Pagan festival of Fertility and Love.

In the Attic Calendar (the calendar used in Attica - Ancient Athens) the month running from mid-January to mid-February was known as Gamelion.

It was dedicated to the celebration of the marriage of Zeus (the Father of Gods and Men) and Hera (the Goddess of Marriage and Women).

Romans later celebrated their pastoral and fertility Festival of Lupercalia on February 13-14-15  in order to appease all evil spirit and bring health and fertility.

This festival was also known as Februa and left its name to the month of February.

In Roman mythology Lupercus was the God of Shepherds.

He was often associated to Faunus, the horned god of the forest, plain and fields who made cattle fertile.

His Greek counterpart was Pan.

They wore little more than a goat-skin and spanked the bums of young women with goat-skin whips…in order to initiate fertility.

Lupercalia was only celebrated in Rome.

The Festival of Juno Februa (Juno the purifier or the chaste), however, was celebrated in most regions on February 13-14. 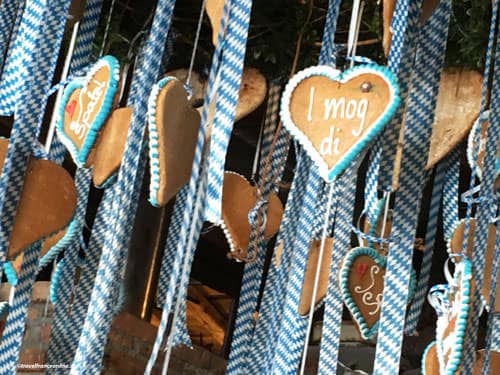 Valentines Day in the Middle-Ages

Valentine became associated with Courtly Love during the Middle Ages.

Chaucer indeed wrote a poem about St. Valentine in his Parlement of Fowls in order to celebrate the engagement of King Richard II of England to Anne of Bohemia (1381):

"For this was on Saint Valentine’s Day,
When every fowl cometh there to choose his mate.”

On Valentines Day 1400, a High Court of Love was opened in Paris in order to deal with marriage contracts, divorces, infidelity and domestic violence.

In 1415 the French Duke Charles of Orléans complied with the tradition and wrote a letter on Valentines Day to the lady he loved.

He was in the Tower of London, where he had been jailed after the defeat of Agincourt.

The trend developed very quickly; by the 15th century people had also developed the tradition of giving flowers and small presents to their loved-one on Valentines Day. 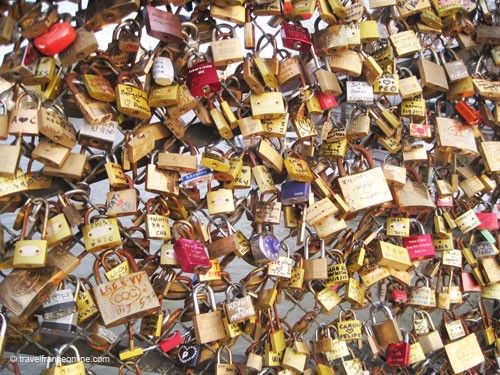 From Shakespeare to modern era

Even Shakespeare mentioned Valentine’s Day in his Hamlet when Ophelia laments:

"To-morrow is Saint Valentine’s Day,
All in the morning bedtime,
And I a maid at your window,
To be your Valentine”

In the late 18th century, printers started to print greetings cards with little poems and sketches.

These largely contributed to the popularity of Valentines Day tradition, which has kept growing and thriving since to become the universal celebration of Love.

Fortunately, the rise of the Internet has not yet deterred people from sending cards as they are still more personal and meaningful than an email!

Lovers also flock to Paris to celebrate Valentines Day and seal their eternal love by placing love locks on the many bridges of the city.