A Battlefield preserved in its war state 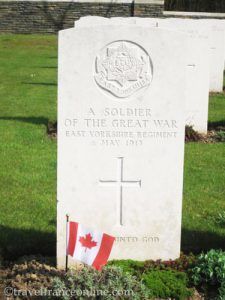 A soldier of the Great War

The park is a section of the battlefield, preserved in its war state for future generations.

Hundreds of trenches and shell craters are therefore still visible.

Surface debris were cleared, however, live ammunition is still buried in the soil.

The site was planted with trees in order to limit natural erosion.

Grazing sheep are also used in order to keep the grass and brambles under control, as the public isn't allowed on the site due to safety reasons.

So don't be surprised or upset if you see sheep, they are there for a very good reason.

Vegetation has taken its course and rounded off craters and trenches' contours.

However, the devastation is still perceptible!

You can indeed easily imagine the moonscape that was the battlefield a century ago and think about all the men who fought and died there...

Many still lie in the earth of the Memorial Park. 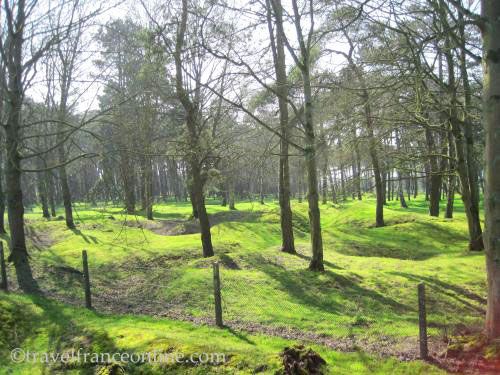 Battlefield kept in its war state

The visit of Vimy Ridge starts with the Canadian National Memorial Monument.

You then follow the road that runs across the site.

It leads to the Vimy Ridge Canadian National Memorial Park Interpretive Centre, which was inaugurated on November 9, 1997.

The Veterans Affairs Canada administers it and exhibits various documents relative to the Battle of Vimy Ridge.

These give you a chilling insight of the conditions of 'life', or 'survival' should we say, in the trenches.

The building stands next to Allies and German trenches.

The Allies indeed dug kilometers of tunnels, in order to get closer to the German lines.

Many of these tunnels were destroyed a few decades ago for safety issues.

However, the Grange Tunnel Subway was kept.

It was restored, stabilized and preserved with 'concrete sandbags' and open to the public.

You therefore have to use your imagination in order to visualize what a muddy trench must have been like during WWI.

But at least you can have a good idea of its depth and protective effect.

Snipers' positions were also kept in their original place.

It's quite surprising to discover that the Germans were positioned only a few meters away from the allied lines, along the tree line - see pictures!

Canadian students will take you on guided tours of the tunnel.

Parking is easy, as there is a large car park. 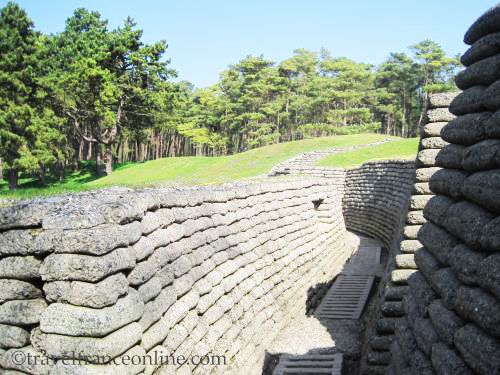 Germans were positioned along the tree line! 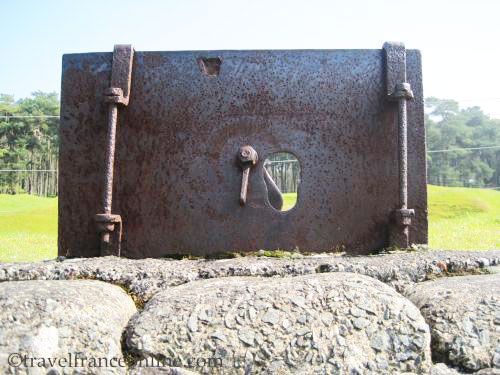 Canadian Sniper position - German lines were by the tree line

On your way to the Vimy Interpretive Centre you'll come across Givenchy Road Canadian Cemetery.

The small cemetery was open in wartime and registered as CD1.

A circular wall encompass it because it was created in a large crater hole!

Most soldiers buried there are Canadians.

They were either killed during the offensive of April 9, 1917 or died from their wounds in the following days. 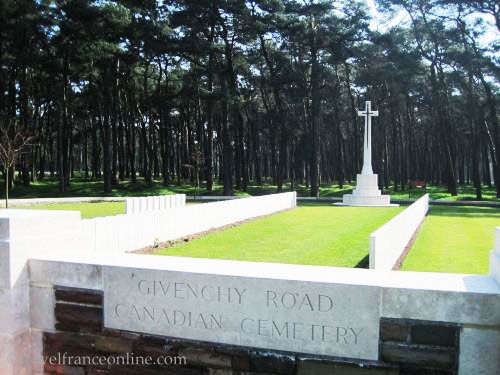 The CWGC Canadian Cemetery No.2 is located next to it.

Originally called CD5, it was a battlefield cemetery where the Fallen of the Battle of Vimy Ridge were buried.

It was enlarged in the years that followed the war, in order to regroup the many field graves scattered in the sector.

It contains the graves of 2,965 Commonwealth soldiers.

However, despite its name, it contains more British soldiers' graves than Canadians!

Sadly, many are unidentified.

Twenty-nine headstones honour the memory of the Canadian soldiers who were initially buried in the 11th Brigade Infantry Cemetery and near Gunner's crater. 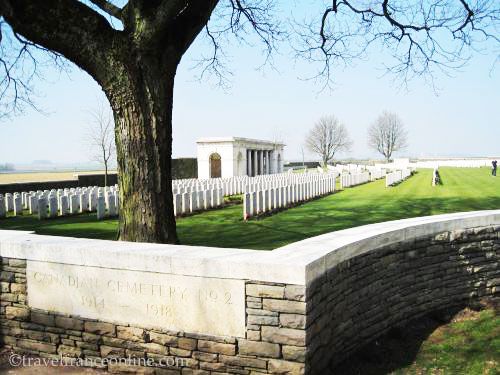 The roads crisscrossing Vimy Ridge Canadian National Memorial Park are open to the public; you'll therefore see people jogging or strolling along them.

I would recommend reading about the Battle of Vimy Ridge before hand, in order to have a better understanding of the site.