Villa Seurat is not a house (villa) but a small private dead-end street (130m x 6m) and Cité d’Artistes nestled on the outskirts of the 14th arrondissement.

It’s a stone's throw from the Parc Montsouris, Catacombes and Montparnasse district, the heart of the artistic and intellectual Parisian life in the first half of the 20th century.

Villa Seurat has mostly remained in its state of origin since its opening in 1926 when it was named Cité Seurat in tribute to the post-impressionist painter Seurat.

Grand master of the Pointillism movement, Georges Seurat reached world fame with his painting A Sunday Afternoon on the Island of La Grande Jatte which you can admire at the Institute of Art of Chicago.

André Lurçat and Auguste and Gustave Perret brothers, the great protagonists of Modernist architecture of the 1920s, developed the Villa Seurat between 1924 and 1926.

The style of the houses-workshops they designed and built was in complete rupture with the traditional architectural concepts of the time.

Their buildings strike by their ornamental simplicity, sobriety of lines, asymmetrical volumes and facades stripped of any decor.

The result is a somewhat eclectic yet attractive architectural ensemble, as each building has its own architectural style and character.

They are today classified Historical Monuments.

Frozen in time, Villa Seurat is a gateway to the Roaring Twenties, an oasis where the greatest artists of the Modernist and Art Deco era lived and worked or simply passed through. 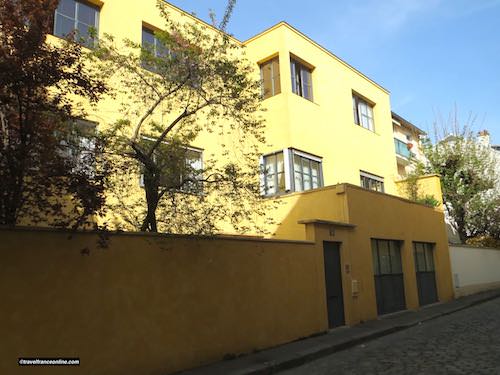 Maison Quillet at No.8 by Lurçat 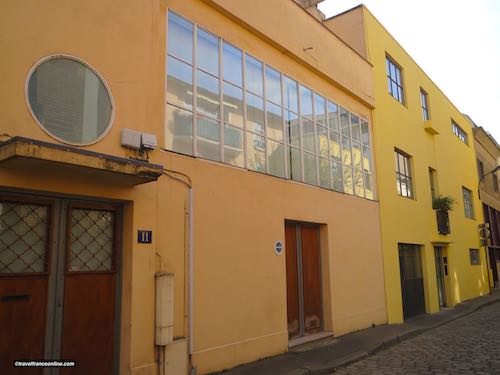 Maison Huggler at No.11 by Lurçat

He built the first in 1924 for his brother Jean Lurçat, the acclaimed ceramics and tapestries designer who revived the art of tapestry in France. This L-shaped villa at No.4 frames a small inner courtyard.

André Lurçat studied at the Ecole des Beaux-Arts in Nancy and is labelled as a Modernist architect and city planner.

He indeed contributed to the rebuilding of the town of Maubeuge in Northern France after WWII.

No.1 - Frank Townsend (1869 - 1937), an Impressionist who specialized in plain air painting of portraits, landscapes and figures lived in this villa with a white facade and a gigantic window.

No.1bis - The sculptor Robert Couturier (1905-2008) stayed there before moving to the nearby La Ruche, another renowned Cité d’Artistes in Montparnasse.

No.3-3bis - Marcel Gromaire (1892-1971) worked with his friend Edouard Goerg in this house-studio that boasts an unusual convex facade.

Gromaire initially found inspiration from the Cubists Paul Cézanne and Fernand Léger. Labelled as a Social Realism painter, he is remembered for his works on social subjects, nudes, interiors and landscapes.

Goerg (1893-1969) was born in Sydney from French parents. The family moved to England then France when he was 7.

He studied at the Académie Ranson for a couple of years before being mobilized during WWI.

His style evolved from Cubism to Expressionism, with dark colours and tormented compositions, a somber mood most likely triggered by the tragic scenes he saw during the Great War.

Gromaire and Goerg worked together for decades and left us a deep insight of post-WWI society, in particular the famous Roaring Twenties.

No.5 - The painter Pierre Bertrand (1884-1975) is known for his seaside paintings and war lithographs which he produced after WWI and are today preserved in the French War Museum.

He became the French Navy official painter in 1935.

No.8 - Villa Quillet today stands out for its bright yellow facade, but also for its original corner windows and understated geometric volumes. 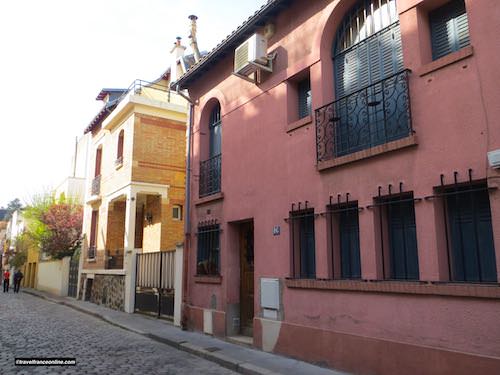 Maison Thiriet (pink) at No.18 and Maison Magnelli at No.20 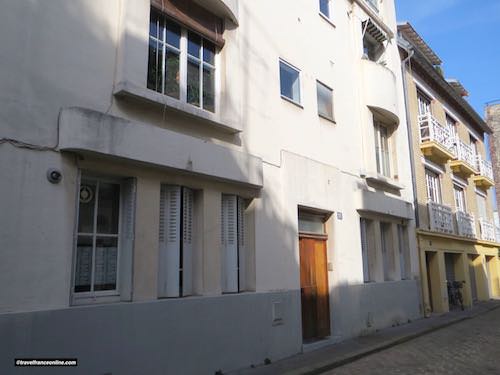 Auguste Perret (1874-1954) was, as soon as 1900, one of the first architects to understand the value of reinforced concrete in construction. Gustave, his brother and partner, ran the family masonry business.

They used this economical and robust material throughout their long career.

One of the most emblematic examples of their architectural style is the City Center of Le Havre, which they rebuilt after WWI. UNESCO listed the district as World Heritage Site.

No.7bis - They built this house in 1926 for the sculptor Chana Orloff who lived and worked there until 1942.

The house was seized as Jewish asset during the war, but Chana was able to buy it back in 1945; she shared her time between Israel and Paris until 1968.

The use of reinforced concrete, the Perret Brothers’ architectural signature, strikes straight away as you look at the building.

A massive lintel indeed tops the wide wooden double doors where the blocks of stones were coming in and out Chana’s studio.

A gigantic glass window brings natural light in her 2 studios spread over 2 levels.

Quite unusually, protruding bricks adorn the upper section of the facade of this villa which is classified as Historical Monument and can be visited by appointment.

No.18 - This villa is in a way the most famous of Villa Seurat!

It was indeed there that in 1931 that the American writer Arthur Miller wrote his Tropic of Cancer while squatting on a fellow artist’ sofa.

Not sure why, but he nicknamed it Villa Borghese and sojourned there again a few years later, when he was famous.

As I write in the introduction, this dead-end street is private, however, you can visit it while respecting the privacy of the current day inhabitants. It's really worth the detour!