Parc Montsouris is located at the southern boundary of the 14th arrondissement of Paris.

Alphand created this attractive 16ha English style park between 1865 and 1878.

He and the architect Gabriel Davioud and horticulturist Jean-Pierre Barillet-Deschamps were part of the team in charge of Haussmann's renovation of Paris.

They indeed developed four parks at each cardinal point of Paris in order to create several oasis of greenery in a city in full expansion - Bois de Vincennes, Bois de Boulogne, Buttes Chaumont and Montsouris.

Parc Montsouris is the second largest park in Paris after the Buttes Chaumont.

Entirely man-made, it was developed on the site of a stone quarry and a few private estates.

The former circular train line known as Petite Ceinture - circular lane runs through it from east to west.

An artificial stream feeds the 1ha artificial lake located on the eastern side of the park.

The park was planted with a wide varieties of trees and bushes species.

You'll also find some lovely buildings, such as guard houses and a pavilion, along the twisty paths and lanes that run through the park. 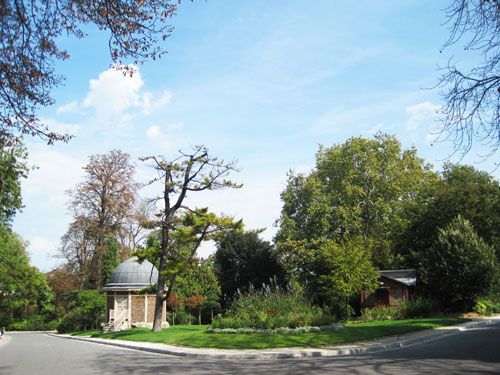 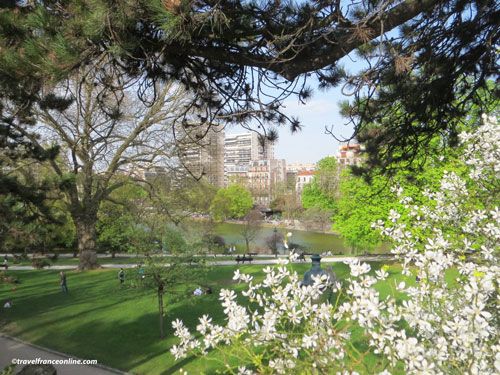 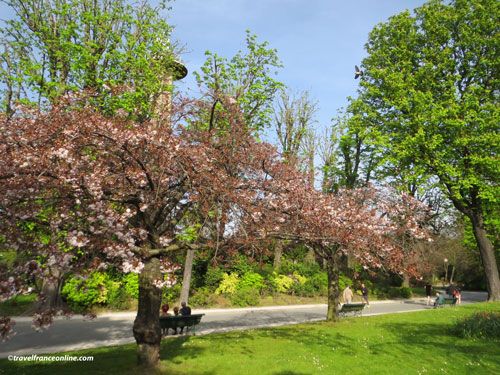 The park in sping

Parc Montsouris' major landmark used to be the miniature replica of the residence of the Deys of Tunis.

The Bardo replica was made of wood and stucco, was built for the Universal Exhibition of 1867.

It was not demolished but transferred piece by piece to the highest spot of the Parc Montsouris, where it sheletered Paris Meteorological Observatory.

The observatory offices were later moved to more modern quarters and the Bardo slowly fell in ruins.

It eventually burned in 1991 and was pulled down. 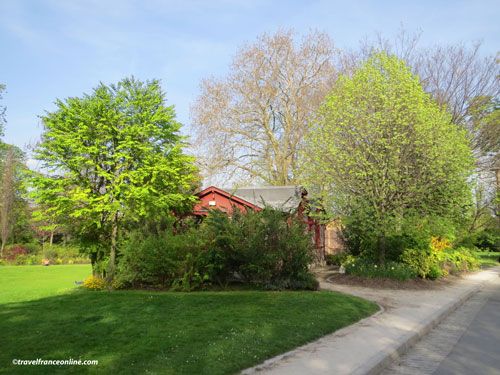 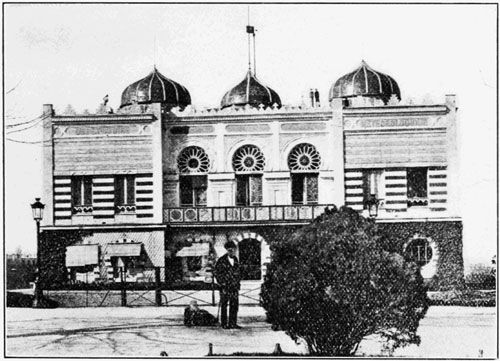 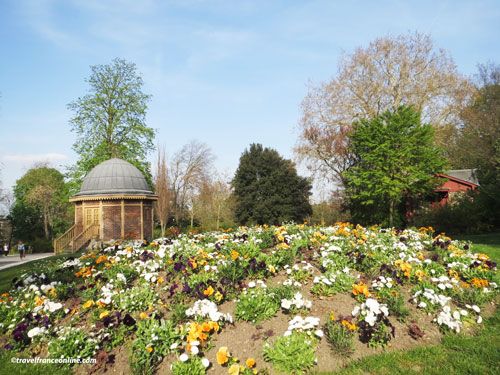 French astronomers calculated the meridian of longitude, known as Paris Meridian, in 1667.

The world adopted Greenwich Meridian in 1884, exception made of France and Ireland, which kept using the Paris Meridian until 1911.

A stele marks the south bearing of the Paris Meridian on the southern boundary of the park, opposite the Cité Universitaire.

The 4m high stele was built in 1806 and originally placed in the grounds of the Observatoire de Paris.

It is now a listed Historical Monument. 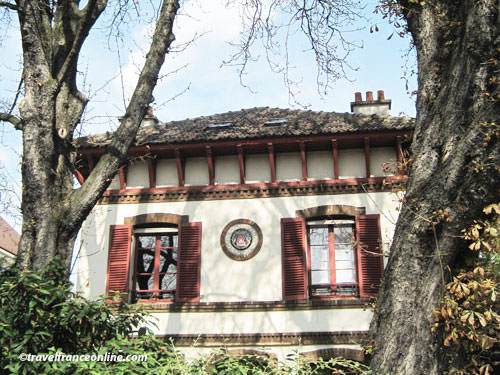 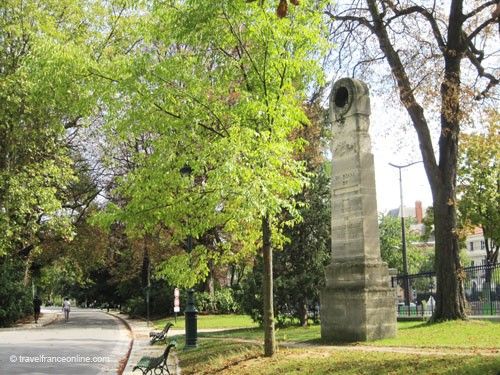 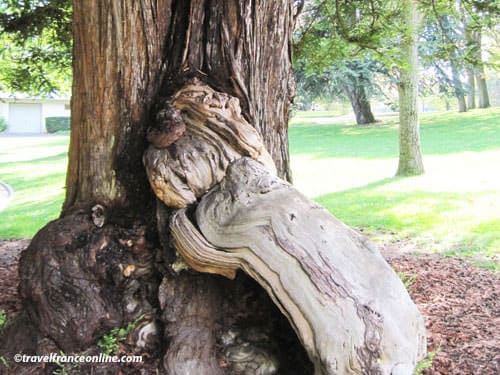 Old and crippled but still standing!