The Pont de la Concorde boasts an exceptional location as it links Place de la Concorde and Jardin des Tuileries on Rive Droite to the Assemblée Nationale on Rive Gauche.

The massive arched stone bridge replaced the old ferry which for generations transported men and animals between the two banks of the river Seine.

The aldermen of Paris built it in 1787, on the eve of the French Revolution and named it Pont Louis XV.

The architect Perronet was told to use cut stones recovered from the demolition of the Bastille fortress "so that the people could continually trample on the ancient fortress".

As a reminder, he designed the piles in the shape of towers.

The bridge was eventually renamed Pont de la Concorde in 1830 to celebrate the reconciliation of the French people.

Several statues adorned it during the First Empire (Napoleon I) and during the Bourbon Restoration, but they were removed as their weight threatened to weaken the structure. 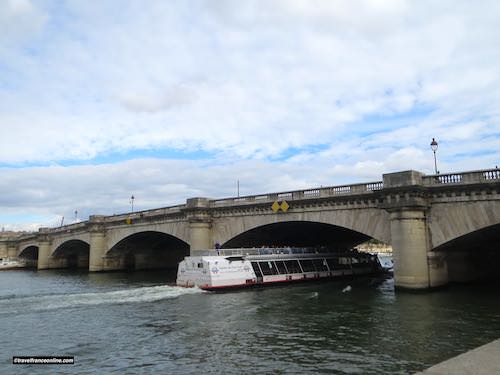 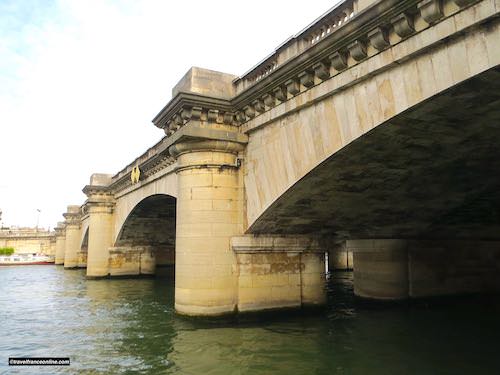 The bridge’s exceptional location turned it into one of the busiest and most famous bridges in Paris, but the Arts Déco Expo of 1925 boosted traffic.

The Pont Alexandre III was indeed closed as it served as venue for the exhibition.

Road traffic was diverted to the 'neighbouring' Pont de la Concorde which was modified to ease traffic flow.

The width of its pavements was indeed reduced to enlarge the street and a pedestrian bridge built downstream.

These temporary arrangements proved so adequate for the ever increasing road traffic of the time that extra enlargement work was scheduled in the early 1930s.

The architects in charge of these transformations managed, however, to keep its original Neo-Classical architecture.

The bridge, which is still the busiest bridge in Paris, was renovated in the early 1980s.