The Passage des Deux Pavillons is on the northern side of the Palais-Royal gardens.

It's also one of the few remaining covered passages of Paris.

This 33m long covered passage is a shortcut that takes its name from the two 17th century pavilions that frame it.

It originally exited opposite the Galerie Colbert, thus funneling the pedestrians coming from the Palais-Royal towards the covered passage.

Mr Marchoux, the owner of the next door Galerie Vivienne, bought the Passage des Deux Pavillons and redesigned its layout to make it exit opposite his shopping arcade.

It also deviated all the flow of customers from the Galerie Colbert straight into the Galerie Vivienne, bringing the first to the verge of bankrupt.

Fortunately the Galerie Colbert survived, and while less busy that its neighbour, it today attracts prestigious world institutions.

The Passage des Deux Pavillons might be very short, but it has a lot of charm; it has indeed retained its original plaster decor representing Winged Victories and Fames.

A charming shortcut listed Historical Monument and definitively worth the detour! 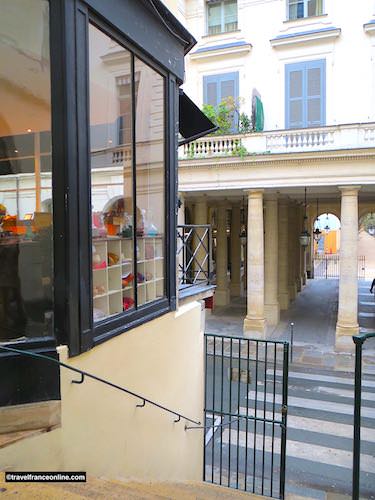 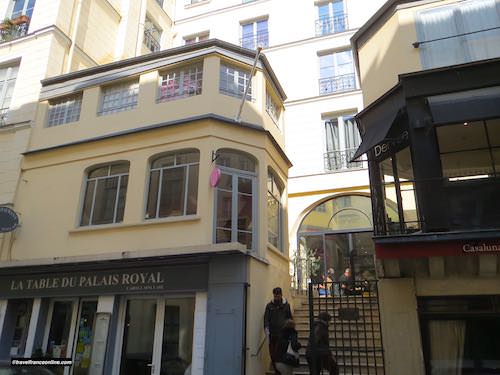 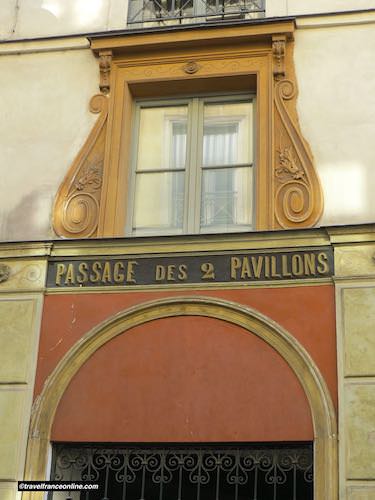