The Galerie Vivienne is one of Paris' finest shopping galleries and one of the few remaining covered passages created in Paris in the 19th century.

Inaugurated in 1826, it's also one of the 150 passages and galleries built in Paris from the late 18th century to the mid 19th century.

Maître Marchoux, the President of the Chambers of Notaries, developed it on land that included the Hôtel Vanel de Serrant and the Passage des Petits Pères.

The plot couldn’t be better located!

It was indeed at the rear of the Bibliothèque Richelieu (Library) and stretched between the Palais Royal, Bourse and the Grands Boulevards. 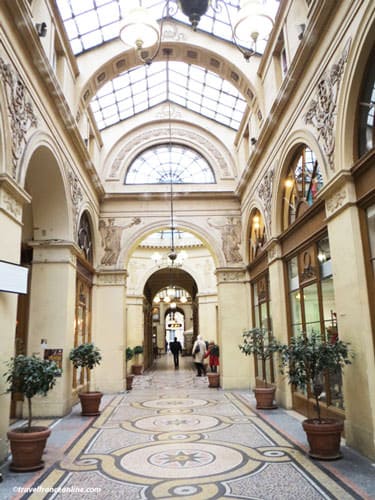 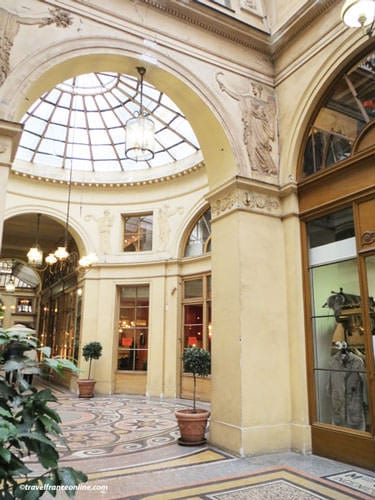 A shopping gallery for the well off Parisians

Unlike the Galerie Colbert next door that attracted all crowds, the Galerie Vivienne became an exclusive gallery.

It indeed embodied the 'bourgeois spirit' of the time.

Boot-makers, haberdashers, tailors, wine merchants and confectioners served the affluent middle classes, away from the noise and rustling of the street!

Marchoux entrusted the architect Francois-Jacques Delannoy with the construction of the most elegant and sophisticated shopping gallery of Paris!

The Galerie Vivienne indeed boasts an architecture worthy of the greatest palaces! 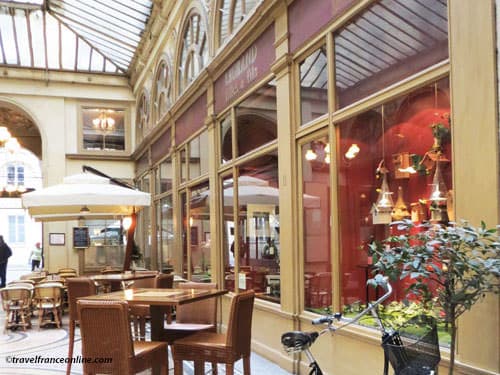 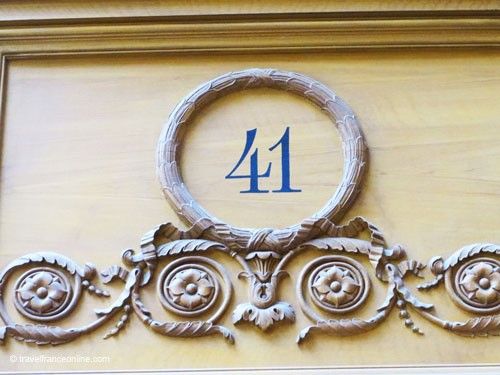 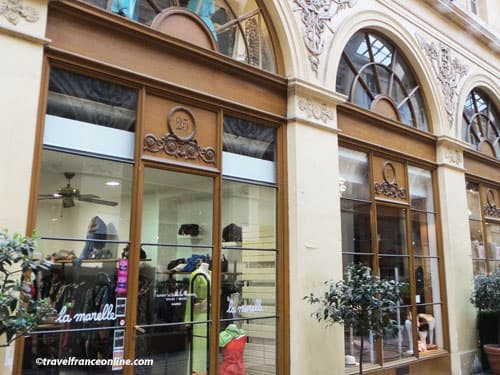 Facchina Giandomenico, one of the leading ceramists of the 19th century produced the mosaic-tiled floors; you'll find his signature embedded in the tiles by the entrance.

A superb glass roof and a rotunda let the light pour into the gallery and enhance its decoration. 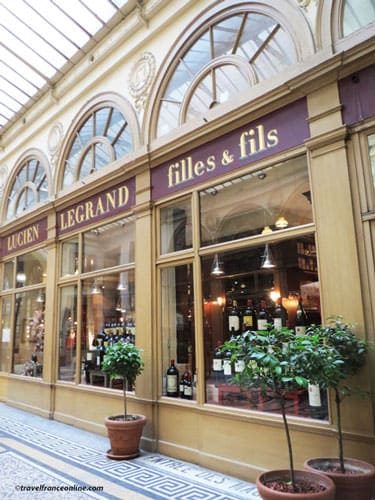 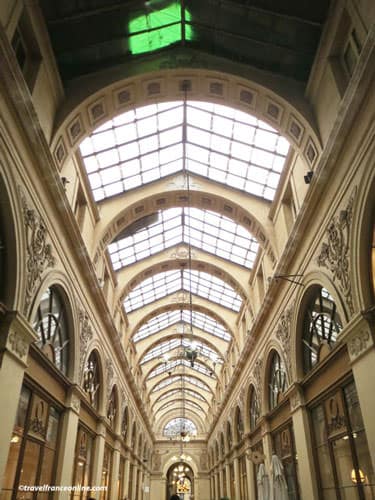 Decline and renaissance of the Galerie Vivienne

Trade, however, started to decline during the Second Empire when Haussmann renovated Paris.

Indeed, high end boutiques moved closer to the Madeleine and the Champs Elysées.

As most other Parisian galleries, the Galerie Vivienne fell gently into oblivion, then in disrepair and almost in ruin!

It was eventually restored to its former beauty and revived in the 1960s and classified Historical Monument in 1974.

Fashion designers Jean-Paul Gaultier and Yuki Torii contributed to its renaissance when they opened their boutique in 1986.

Other designers soon followed in their steps.

So did prestigious ready to wear and home decoration brands, art galleries and antique wooden toys, to name a few.

Sadly, only two of the original shops are still there.

If you love books old and new, you’ll enjoy spend some time in the Librairie Jousseaume (the former Librairie Petit-Siroux), which was founded in 1826.

The delicatessen - épicerie fine Legrand Filles & Fils existed before the construction of the gallery!

You’ll fall for its collection of fine chocolates and candies presented in traditional glass jars!

If you're an amateur of fine wines, you’ll enjoy visiting the wine cellar they opened in 1880.

As you stroll along the gallery, you’ll also discover the no13 and its monumental staircase; it leads to the house of the famous Vidocq, a former prisoner who became chief of police!

You'll enjoy window-shopping or a short break at the Bistro Vivienne by the entrance on Rue des Petits Champs.

The Galerie Vivienne is a small and exclusive village hidden in the heart of Paris, a haven of peace away from the noise of the street.

Take the time to visit, its elegant and old-fashioned atmosphere will charm you. 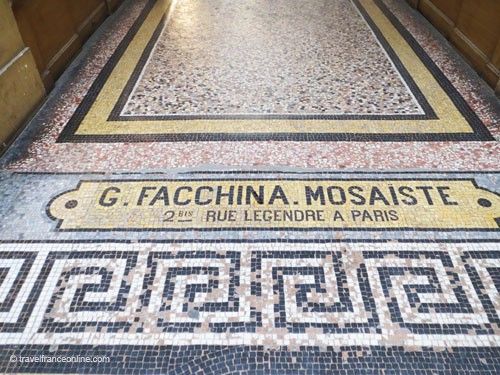 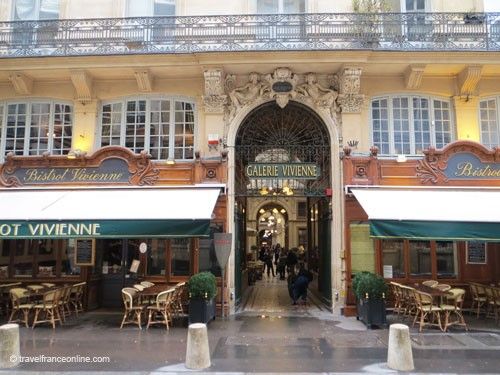