Palais Royal and its gardens - History

Palais Royal, the seat of the Conseil d'Etat

The Palais Royal was known as Palais Cardinal when Armand Jean du Plessis, Cardinal Richelieu, built in the 17th century.

The U-shaped mansion changed hands a few times over time, and is today the seat of the Constitutional Council and Ministry of Culture. It's not open to the public, except on Heritage Days in September.

However, the Court d'Honneur (with the Colonnes de Buren), the garden and the galleries are.

It owes its name to the nautical theme of the sculptures commissioned by Richelieu, when he was Minister of the Navy.

The Galerie d'Orléans delineates the Cour d'Honneur from the gardens. This double colonnade, built during the Bourbon Restoration (1814-1830), encompass the Fontaines de Pol Bury.

The Jardin du Palais Royal is one of the most popular public parks of the capital.

Parisians indeed come at lunch time or on Sundays to relax on one of the many benches and chairs.

The 5-hectare garden, planted with a profusion of flowers, bushes, trees and lawns, is laid-out around a central pond and its fountain.

You’ll also find small and exclusive shops, mostly antiques, in the elegant arcades that enclose it.

The Galerie de Montpensier (western side) is home to second-hand medals and decorations shops, tea-rooms and cafes.

The Galerie de Valois (eastern side) is the haunt of engravers and decorators.

Finally, the Galerie de Beaujolais (northern side) owes its fame to the restaurant Le Grand Véfour.

The Passage Vérité, to the east, connects the small Place de Valois to Rue de Montesquieu.

The Passage-des-Deux-Pavillons, to the north, connects Rue de Beaujolais to Rue des Petits-Champs.

Finally, the unassuming Passage Hulot and Passage Potier (to the west), lead from Rue de Montpensier to Rue de Richelieu.

The Jardins du Palais Royal is an enclosed oasis of greenery in the heart of Paris!

Impossible to stroll through the elegant garden without discovering some of the palace's history!

Cardinal Richelieu, commissioned the architect Mercier in 1634 with the construction of a mansion on the northern side of the Louvre Palace.

However, he died few years after completion of his palace, which he bequeathed to Louis XIII and his descendants.

The king died also, shortly after inheriting it, so young Louis XIV and his mother Anne of Austria took up residence in the Palais Cardinal, which became known as Palais Royal.

The palace underwent major transformations in the 18th century.

The new owner, Louis-Philippe d'Orléans, erected the buildings and their arcaded galleries all around the the gardens to generate funds in order to pay his debts!

However, the arcades opened to the public and soon hosted questionable trades that drew in the wrong crowds.

Oddly, the Palais Royal was saved from further degradation when it became national property at the Revolution in 1793.

Napoleon III restored it and made it his official residence after the Revolution of 1848.

The Palais Royal was once more restored after the degradation of the Paris Commune of 1871 and not suffered further damage since. 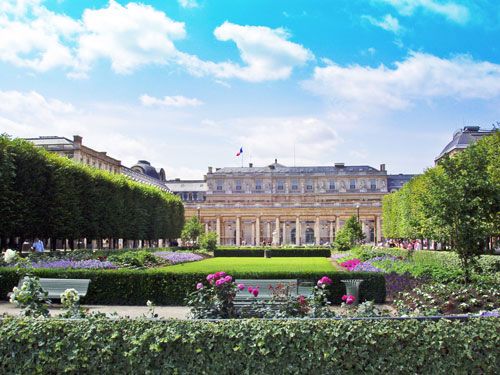 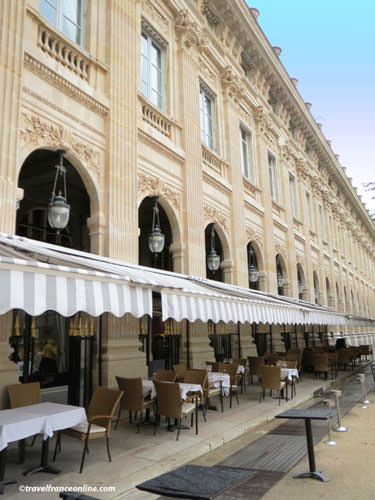 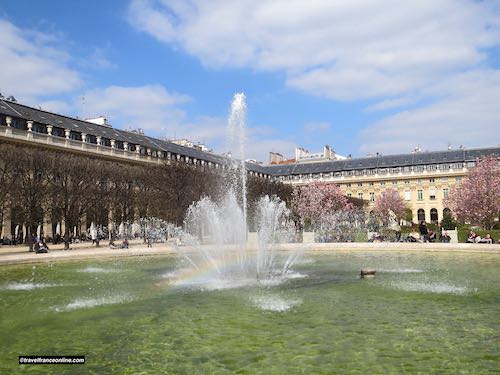 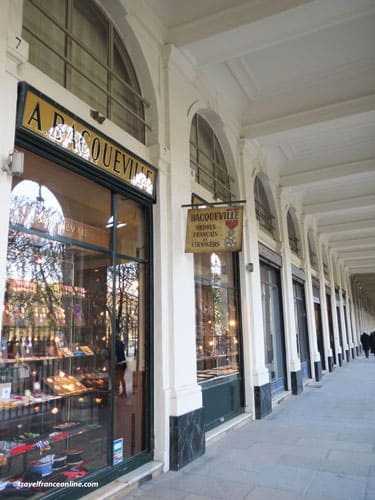 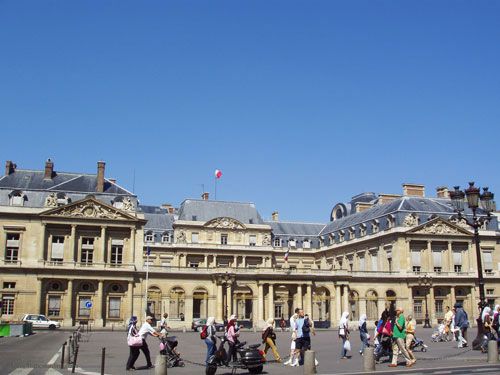 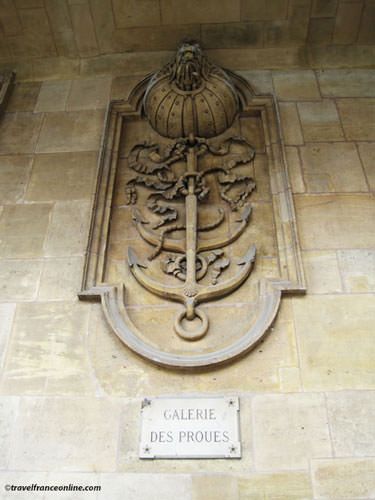