The site consists of 49 rectangular plots, each containing 400 graves, laid out around the central tumulus.

The funerary slabs are laid flat on the ground, as in the other German military cemeteries.

Symbolic granite crosses are placed in groups of 5 through the site, which is planted with oaks and beech trees.

In 1944, the American War Graves Service opened two cemeteries side by side in the municipality of La Cambe to bury the American and German soldiers who died between June and August.

The Americans were later repatriated to their hometowns upon request of their family or re-buried in the cemetery of Colleville-sur-mer.

The bodies of the 8000 German soldiers remained buried in the temporary cemetery at La Cambe.

In 1954, the Volksbund took charge of the cemetery’s maintenance.

An agreement between France and Germany made La Cambe one of the 6 official German cemeteries in Normandy.

The remains of the 12,000 German soldiers buried in the temporary cemeteries of Calvados and Orne were then repatriated to La Cambe.

In 1958, the Volksbund organised a youth camp to transform the site.

Young Germans have since regularly contributed to the cemetery’s maintenance with the help of the Bundeswehr soldiers.

The entrance building and the tumulus were then built and the cemetery opened to the public in 1961.

We visited La Cambe on June 7, 2019, after the ceremony that took place for D-Day 75th Anniversary Commemorations.

Bunches of white flowers had been placed on the graves and of course several wreaths laid at the foot of the tumulus. It was very understated yet moving.

The German Cemetery of La Cambe is today the resting place of 21,222 German soldiers.

Among them is Captain Michael Wittmann, known as one of the most talented German officers of WWII. He died in action on August 8, 1944. 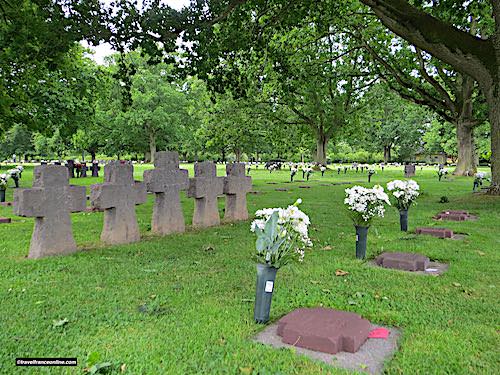 Graves and granite crosses under the oak trees 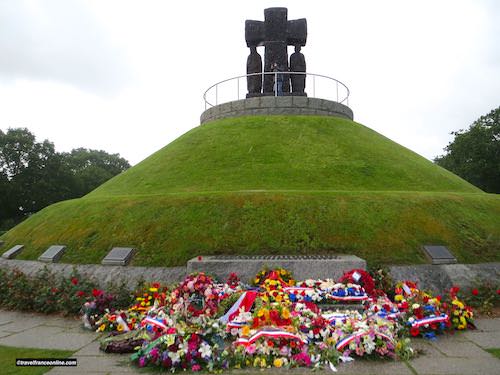 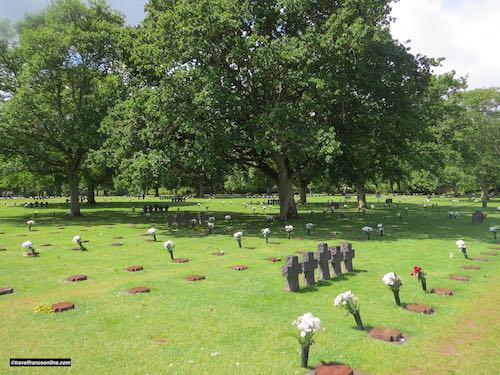 Graves and granite crosses under the oak trees

The 3-hectare Garden of Peace was created in 1996 to interest the Americans of German origin to the maintenance work of the military burials.

People can therefore sponsor a tree (maple) to honour the memory of the German soldiers who died while fighting the Americans during the Battle of Normandy.

Dedications placed at the foot of the sponsored maple tree informs about the donor and his link with one of the dead.

This gesture symbolises Peace and Reconciliation between nations.

Sponsored maple trees were also planted along the road to the cemetery, as well as all around its enclosure.

They are all pollarded and look like sentinels guarding the souls of the Dead.

Twenty-one sponsored maple trees were planted in 1996 and in 2009, the Jardin de la Paix de La Cambe already had over 1200 trees. 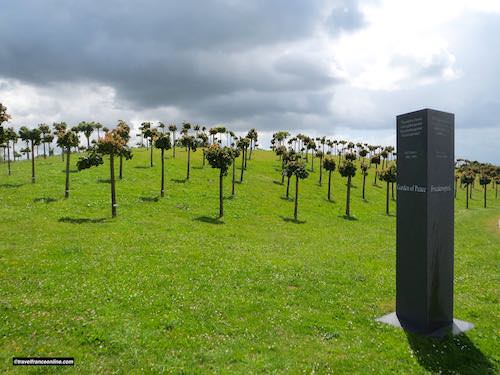 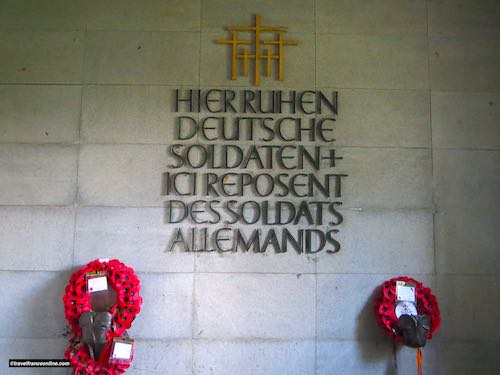 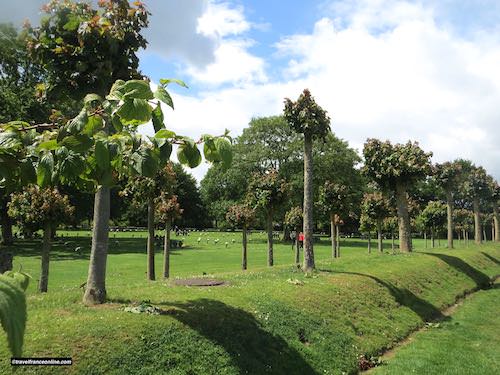 Pollarded maple trees around the cemetery

The tumulus is a collective tomb erected in the centre of the cemetery on May 12, 1958. It is about 6m high and has a diameter of 24m.

A 4m high basalt lava Cross supported on each side by two characters (by Robert Tischler) crowns it.

It shelters the bodies of 207 unknown soldiers and 89 identified whose names are engraved in the stone at the base of the monument.

It's easily accessible from the RN13. The maple trees that line the road will certainly draw your eyes before you follow the exit. 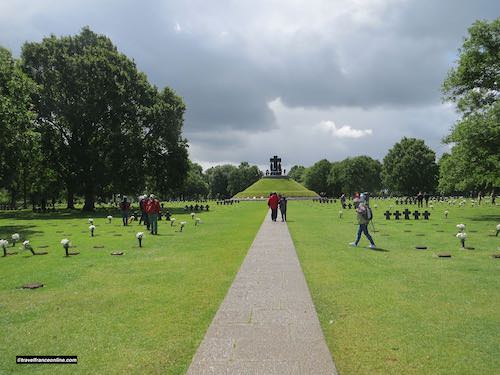 The tumulus in the centre of the cemetery 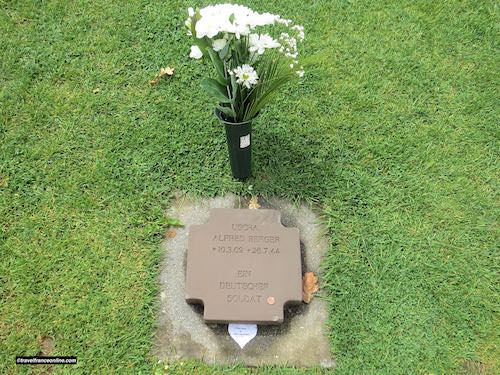 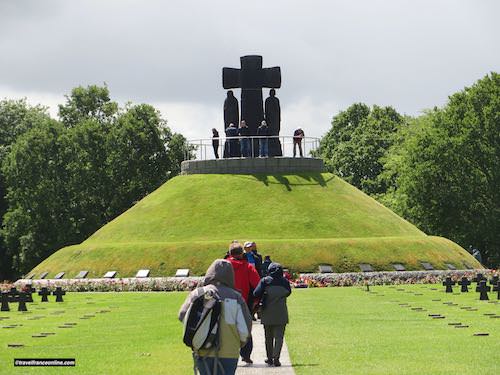 The tumulus with the Cross supported by 2 characters