Juno Beach War Memorials in Bernières pay tribute to the men of the Canadian 8th Infantry Brigade who led the assault on Nan (eastern flank of Corseulles towards Saint-Aubin-Langrune) with the support of the 10th Canadian Armoured regiment (Fort Garry Horse's tanks) and the British No48 Royal Marine Commando.

The assault in Bernières was assigned to the Queen's Own Rifles of Canada.

The French Canadians of La Chaudière Regiment were to be kept afloat in reserve along with various units of infantry and armour of the 9th Brigade.

They were to land once Nan was secured and would immediately move inland in order to link up with Sword beach. 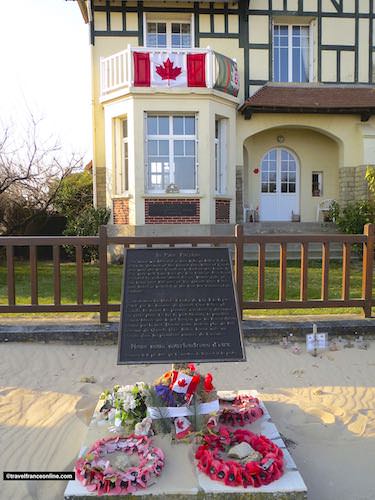 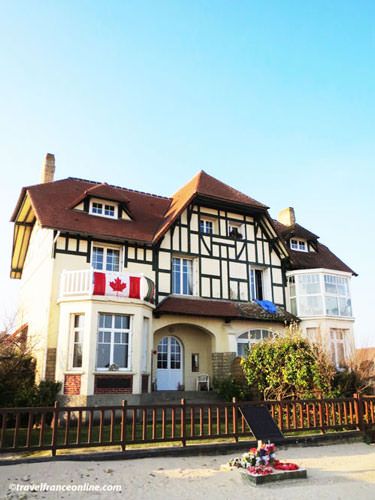 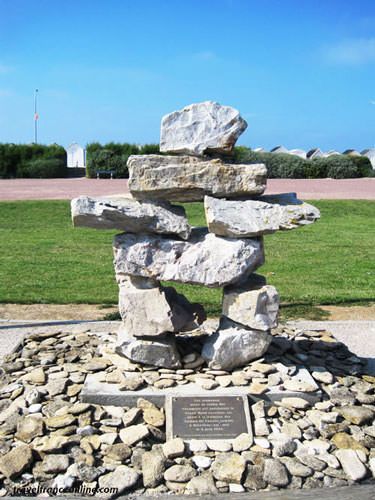 Many War Memorials pay tribute to all the men who participated to the D-Day assault on Juno Beach.

The list is sadly very long; here are some we've so far visited for you.

1- Villa Cassine stood a few meters from the Cassine Battery; it faces the beach where the Queen's Own Rifles lost so many of their men.

Photos taken on D-Day cover its garden wall to commemorate the heroic assault.

La Villa Cassine was the first French house liberated by the Allied Forces in Normandy on D-Day; it is today home to La Maison du Souvenir Canadien.

3- Fort Garry Horse Stele honours the Canadian 10th Armoured Regiment who neutralised the German defences and contributed to the liberation of the village.

4- Canadian Soldiers Plaque commemorates all the Infantry, Navy and Air Force troops who lost their life on Juno Beach on D-Day.

5- La Chaudière Regiment Stele pays tribute to the reserve French Canadians regiment; Les Chauds, as they were nicknamed, were placed under the command of Lieutenant Colonel Paul Mathieu.

"They landed on this spot on at 7 am on June 6, 1944 with the reserve QOR; together, they took over from the assault troops (who had suffered so many casualties) and liberated Bernières.
Command post of 5th Company of the 736th Infantry Regiment"

6- Liberation Monument is shaped like the stem of ship turned towards the sea; it pays tribute t the men who landed on this spot on June 6, 1940. 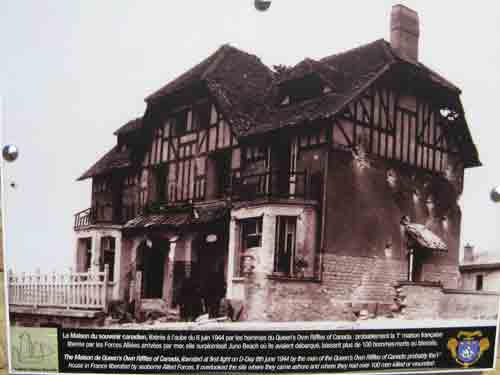 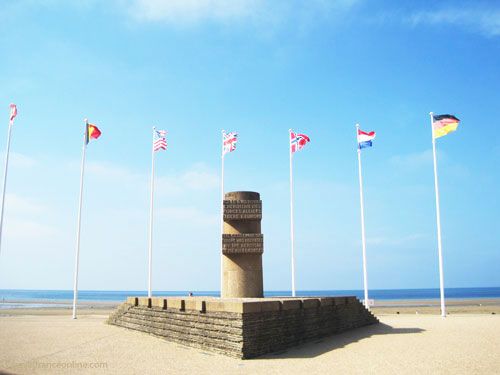 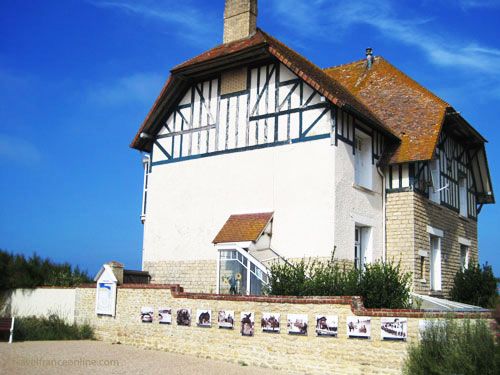 7- One of the most intriguing and beautiful memorials is the Inukshuk - Canadian Soldiers Stele located along the road (by the car-park of the Tourist Office).

An Inukshuk is a native Indian stone road indicator; shaped like a human being, its "arms" point directions to travellers.

The memorial is dedicated to all the Canadian soldiers who died on Juno on D-Day.

8- Nova Scotia Highlanders Plaque is situated on the wall of the First-Aid Station, 50m away from the Tourist Office.

It commemorates the regiment who liberated the eastern side of the village.

9- The son of Ernest W. Parker of the Royal Army Corps Signal, who landed on Juno on D-Day, gifted the local church with a memorial stained glass window.

10- 14th Field Regiment, Royal Canadian Artillery Monument pays tribute to 9 Canadian soldiers who were killed on D-Day; you'll find it on the spot where they died, along the road leading to Bény-sur-Mer Canadian War Cemetery.

11- Canadian Army Memorial at Juno Beach
"In Honour of All Those who died or disappeared while serving in the Royal Canadian Navy during the conflict of 1939-1945 and in Operation Overlord June 1944 . Thank You"

12- Canadian Liaison Officer Monument
On June 6, 1944, special units of liaison officers of the 3rd Canadian Infantry Division, equipped with hundreds of bicycles land at Bernières, which is the Canadian bridgehead.