Juno Beach War Memorials pay tribute to the men of the the Canadian 3rd Infantry Division aided by specialised engineering tanks of the 79th Armoured Division. Juno Beach landing sector stretched on 10km, on both side of Courseulles-sur-Mer. 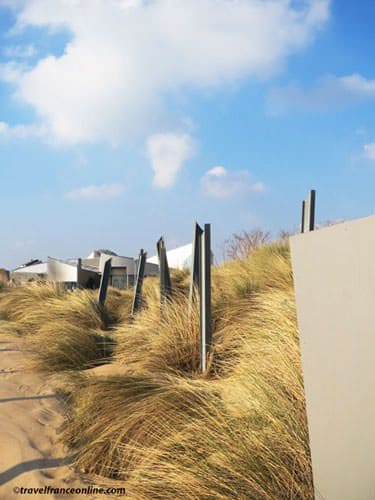 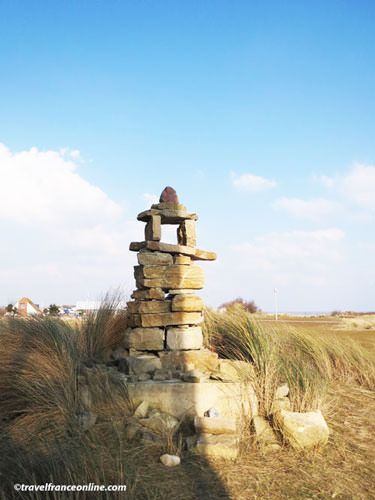 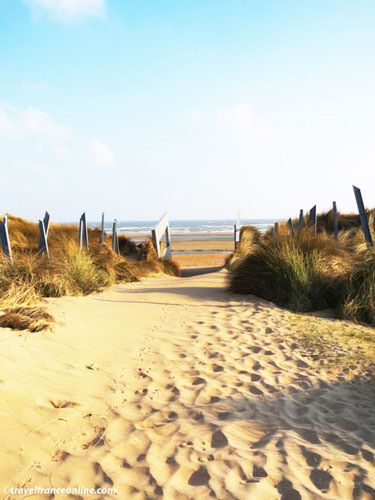 1- Juno Beach Center Museum relates the role of the Canadian Forces during WWII.

2- A second Inukshuk, dedicated to all the Canadian soldiers who were killed on the beach at Corseulles, was erected near the museum's entrance.

4- Atlantic Wall Path takes visitors along the vestiges of the German defences and the various memorials.

5- Casemate Type H666 of STP31
This H666 casemate was part of the STP31 coded support point and is located between Juno Beach Center and the beach. 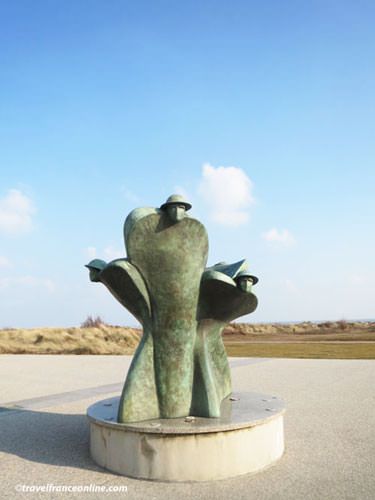 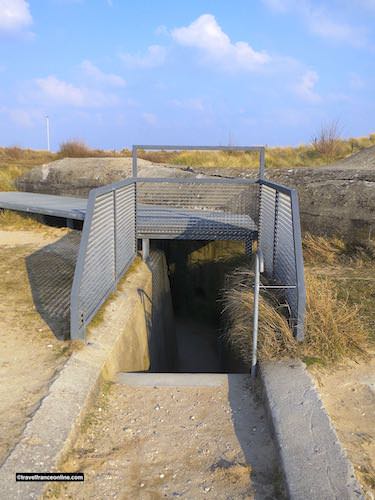 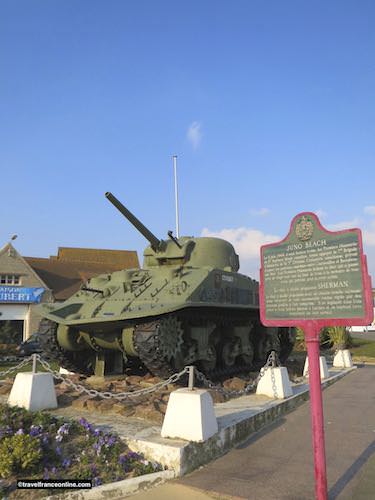 6- Canadian memorial - Canada Alive!
The town of Bernières-Sur-Mer commissioned a contemporary sculpture to symbolise Canadian soldiers coming out of the waves to free France.

7- Royal Canadian Navy Memorial
The Memorial is located on the seashore, between the Juno Centre and the sea.
The dedication reads as follows:
"In tribute to all missing persons of the Royal Canadian Navy during the 1939-1945 conflict and Operation Overlord of June 1944. Thank you."

8- De Gaulle Monument commemorates the landing of the Allied Forces on D-Day, and the return of Gal Charles de Gaulle, the leader of the Free French Forces on June 14, 1944.

It was erected when the General de Gaulle was alive and was inaugurated by Elisabeth de Miribel, who typed the Appeal of 18 June in London.

10- Royal Winnipeg Rifles Monument
This monument was inaugurated in 1964 for the 20th anniversary of the D-Day Landings.

It honours the memory of the Royal Winnipeg Rifles, of the 7th Brigade, who were nicknamed the Little Black Devils. Placed under the command of Lieutenant-colonel J. M. Meldram, they landed on Juno Beach on D-Day. 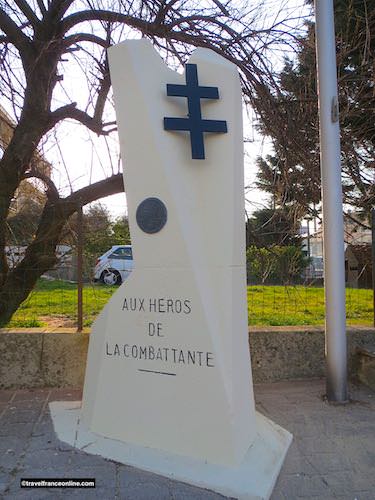 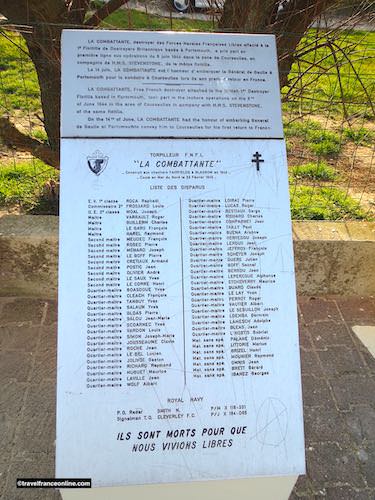 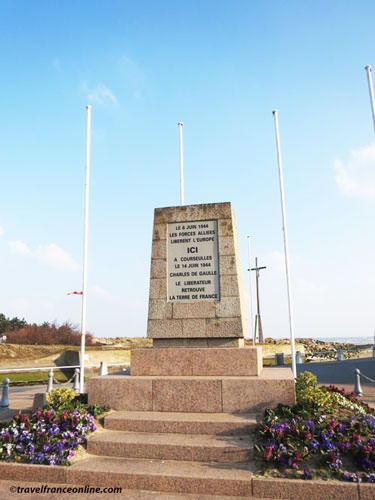 11- Sherman tank 'Bold' was sank on D-Day; a commemorative slab is dedicated to one of its crew members, Canadian Sergeant of the First Hussars Leo Gariepy, who bailed it out in 1970; the tank was restored and covered with badges of various units who landed and fought on Juno.

Regarded as one of the main artisans of the liberation of Corseulles, Leo Gariepy was made a Citizen of Honour and rests, according to his will, in the local cemetery's Military Square.

The dedication by the tank translates as follows:
"On June 6, 1944, at 7:30 am the First Hussars of the 6th Canadian Armored Regiment, who came to support the 7th Infantry Brigade of the 3rd Canadian Infantry Division, stormed the enemy positions between Corseulles and Bernières-sur-mer.

The First Hussars dedicate this tank which spent nearly twenty-seven years in the depths of the water to the memory of all those who took part in this action."

12- Royal Engineers Plaque
The 85th Field Company from the Royal Engineers built the Nottingham Bridge that leads to Juno Beach Centre. A Memorial slab was placed on the occasion of D-Day 50th anniversary.

The Royal Navy offered the destroyer to France in 1942. Gal de Gaulle landed at Courseulles, in liberated France, aboard La Combattante on June 14, 1944.

A commemorative stele pays tribute to the 65 French sailors and 2 British sailors who died on 23 February 1945 in the North Sea when La Combattante was sunk by an underwater mine.

A second stele bears the names of the dead:

La Combattante, Free French destroyer attached to the British 1st Destroyer Flotilla based in Portsmouth, took part in the inshore operations on the 6th of June 1944 in the area of Corseulles in company of H.M.S. Stevenstone, of the same flotilla.
On the 14th of June, La Combattante had the honour of embarking General de Gaulle at Portsmouth to convey him to Corseulles for his first return to France.

The Canadian War Cemetery is in the commune of Réviers inland. 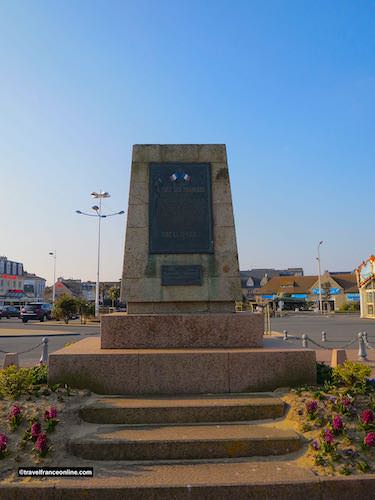 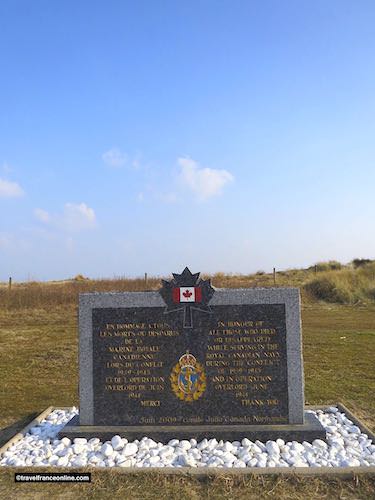 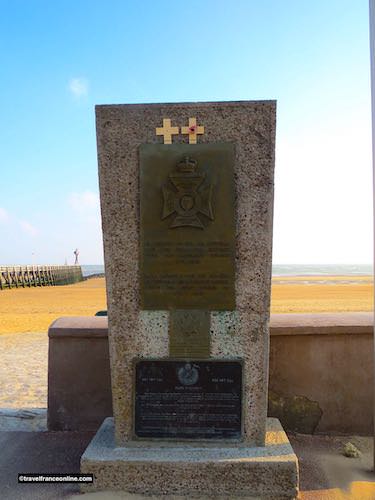 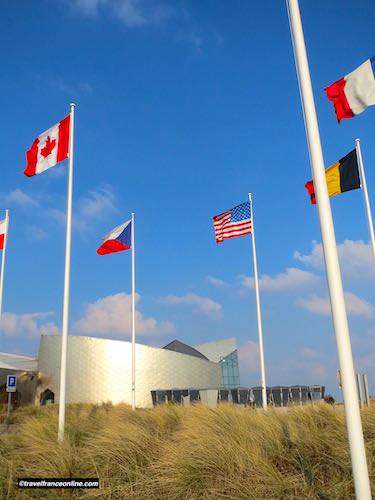 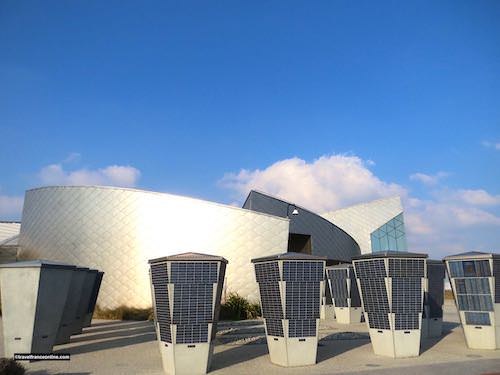 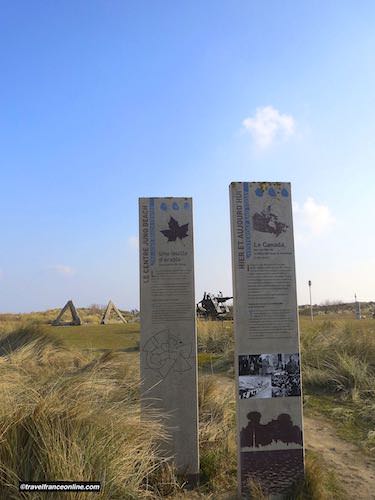 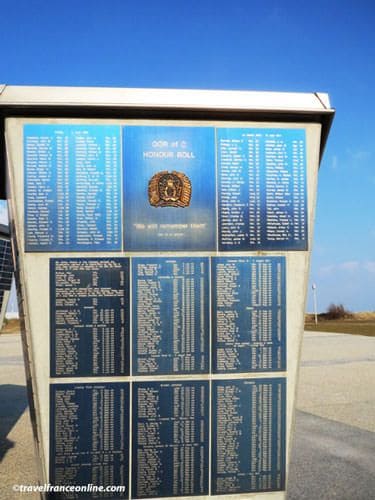 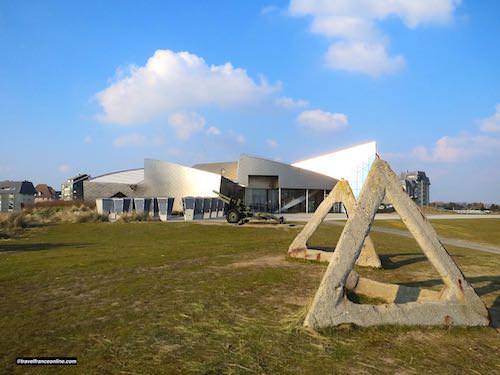 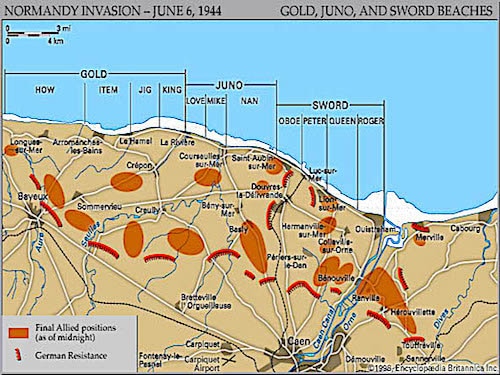 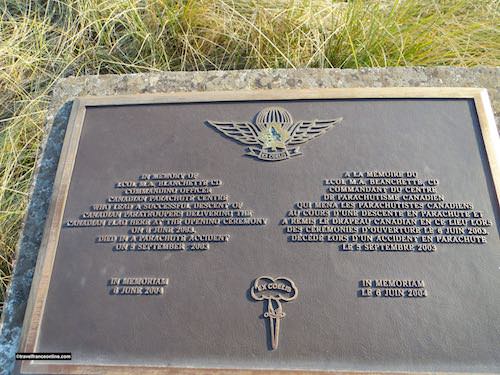 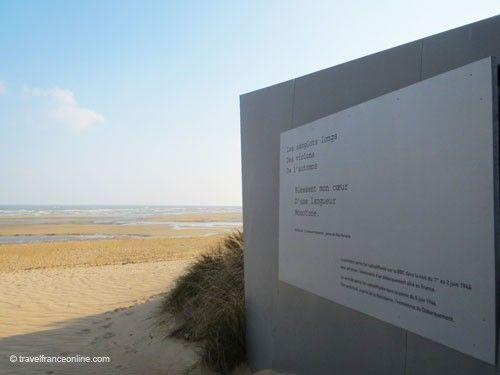