Juno Beach was the second easternmost landing beach and stretched on 10km, on both side of Courseulles-sur-Mer.

It was divided in two sub sectors code named Nan to the east, near Saint-Aubin and Mike in Graye-sur-mer, on the western flank of Corseulles.

The assault was assigned to the Regina Rifles and Canadian Scottish Regiment from the Royal Winnipeg Rifles supported by the 6th Canadian Armoured Regiment 1st Hussars. 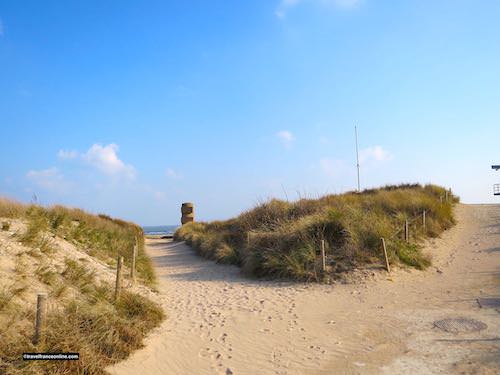 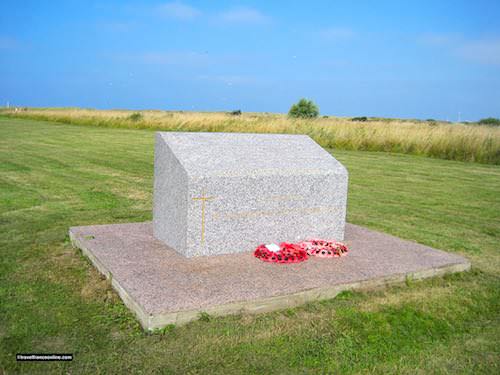 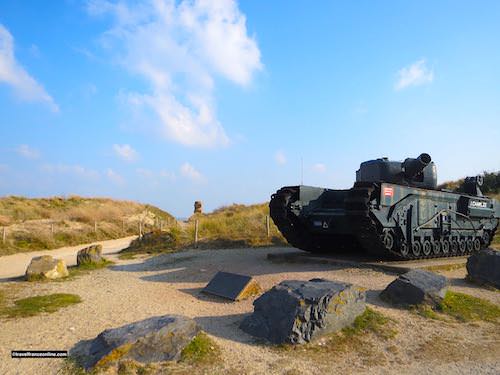 Juno Beach War Memorials in Graye-sur-mer honours the memory of the Canadian soldiers from the 7th Canadian Infantry Brigade who landed on Mike sector.

1- La Voie des Français Libre is a coastal path that starts in Corseulles-sur-mer by the Juno Beach Centre and leads to  Croix de Lorraine, Polish Memorial and Churchill AVRE tank in Graye-sur-mer.

2- A gigantic Croix de Lorraine overlooks Juno beach and is visible from the road. This cross, the symbol of the Free French Forces, commemorates the return of General de Gaulle.

This is where the bulk of the Anglo-Canadian army moved inland after landing on the beach on D-Day.
Marshall Montgomery, Commander of the 21st Army Group, then Mr. Winston Churchill, Prime Minister of Great Britain and his Majesty King George VI walk through this breach.
So did General de Gaulle when he returned to liberated France on June 14.

"In Memory of LCOI. M.A. Blanchette CD, Commanding Officer Canadian parachute Centre who lead a successful descent of Canadian paratroopers delivering the Canadian Flag here at the opening of the ceremony on 6 June 2003. Died in a parachute accident on 5 September 2003. In Memoriam 6 June 2004"

"On the beaches of Arromanches and Graye / Courseulles end of July 1944, 16,000 soldiers and 400 tanks of the 1st Armored Polish Division landed with their General Stanislaw Maczek.
"For our and your freedom" 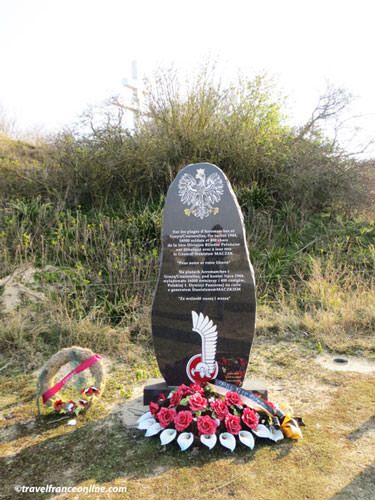 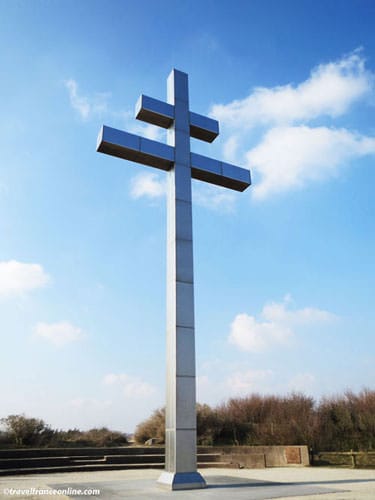 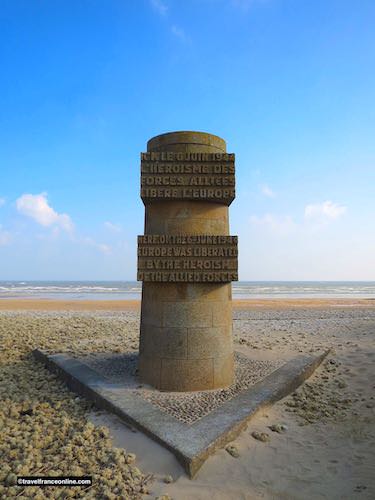 This tank landed on Graye-sur-mer Beach at H.
Hour on D-Day and was stopped on its way inland 100m meters south of this spot.
The members of its crews were killed
Or badly injured It remains as a Memorial
To all those who gave their lives here"

Bill Dunn's memorial slab is next to the tank and the dedication reads as follows:

"In accordance with his last wishes, the ashes of Bill DUNN, tank driver of One Charlie were scattered here on November 8, 2014."

"This Memorial pays tribute to the men of the Inns of Court Regiment who landed here with their armored vehicles."