Why do we call Toulouse the Pink City?

Toulouse the Pink City is one of the two nicknames of this major city of Southwestern France and historical capital of Languedoc.

In one of our previous articles, you discovered why Toulouse was known as La Cité des Violettes.

Today, we show you how its unique architectural style, red-pink clay bricks and tiles, owned it its second title of Ville Rose.

The Romans introduced the use of bricks as a building material in the 1st century AD, when the town was called Tolosa and was part of their Narbonnaise Province.

Tolosa spread on clay terraces that were formed when the Garonne River retreated abruptly after the last glacial era, some 10,000 years ago.

Stone was thus rare around Tolosa, but clay was found in abundance.

The Romans extracted it from two surrounding hills, Jolimont and Pech-David.

This clay had a high concentration of iron oxide which gave it a pink color during firing.

They used it to manufacture bricks, locally known as briques foraines, as well as canal-type tiles; both were economical and easy to manufacture, but also insulating and environmentally friendly.

Sadly, few vestiges of this antic city have survived the passing of time. 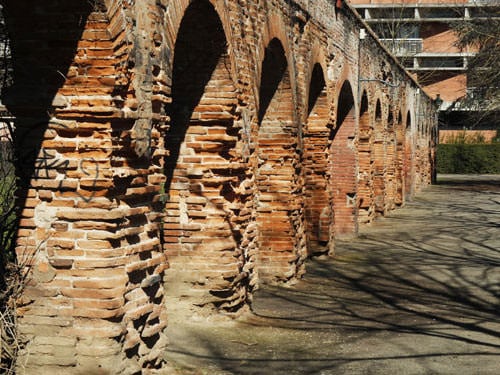 Vestiges of the Roman amphitheatre 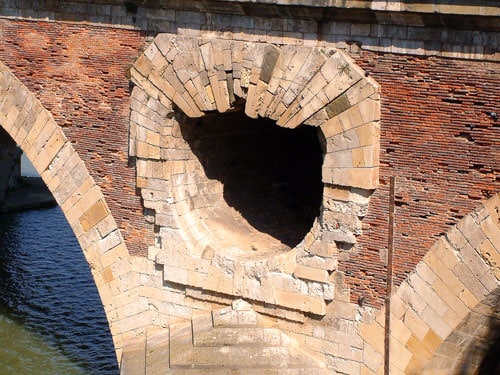 The best illustrations are the  Basilica of St. Sernin, one of the two largest Romanesque buildings in Europe, and the church of the Jacobins Convent. 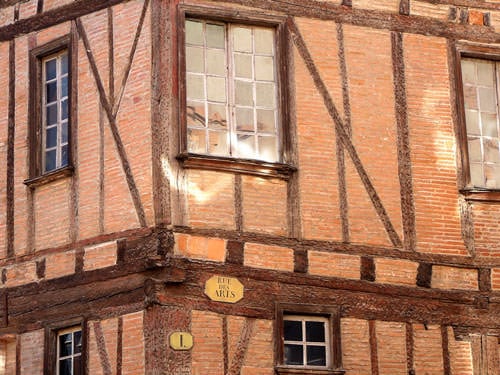 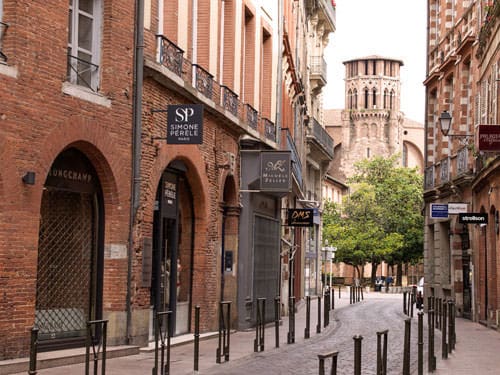 A pink city built by the wealthy merchants of blue pastel!

Pink bricks served also to erect the many private mansions and official buildings commissioned by the rich merchants and magistrates of Toulouse.

In the 16th-17th century, Toulouse the Pink City became one of the great international centres of the pastel trade.

Pastel indeed made the fortune of its merchants who erected lavish mansions to show their social status.

Toulouse has retained to this day some of the finest private mansions in Europe.

The city’s magistrates did the same!

The capitouls were elected each year by the districts to form the municipal council which sat in the Capitole; they administered Toulouse from the 12th to the French Revolution.

The Capitole they built in 1190 was rebuilt, still in pink-red bricks, during the 17th century.

However, a variety of materials enhance its impressive pink facade.

The 8 marble columns that support the pediment represent the first 8 capitoulats or districts of Toulouse.

The white stone comes from Beleze-en-Comminges in the Pyrenees; the creamy-colour limestone from Agen and the sandstone from Carcassonne and Pech-David Hill.

The city’s architecture underwent a variation in the 19th century, when the Virebent family produced the first clay facade ornaments, which still adorn many buildings in the city.

In the years that followed pink-red bricks lost their appeal and yellow bricks temporarily replaced them. 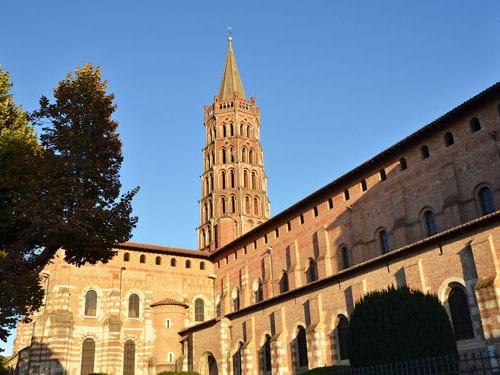 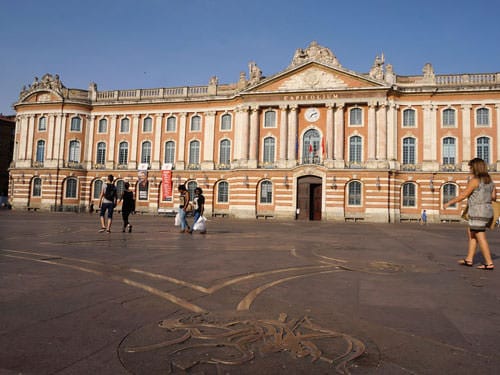 This mix of bricks and architectural features create a range of colours that evolve with the daylight; from pink in the morning, they turn crimson under the midday sun and end purple at night, when the sun recedes behind the roofs of the city.

That said, the term Ville Rose appeared officially only in the early 20th century on the cover of Toulouse tourist office booklet.

A few basic facts on Toulouse

Toulouse the Pink City is today the 4th largest city in France after Paris, Marseille and Lyon.

It ‘s of course the European capital of the aerospace industry with Airbus, but it's also a vibrant university town.

The university founded in 1229 by Raymond VII, count of Toulouse, was closed at the French Revolution, but re-established in 1896.

Finally, Toulouse is also renowned for its Stade Toulousain rugby team, its delicious cassoulet and sausage and of course its violets!