Saint-Gerbold Hermitage is dedicated to a holy man whose history we know little.

It seems that he was born in Calvados (Caen) and moved to England where he put himself in the service of a rich lord.

However, his life turned to disaster when he refused the advances of the latter's wife, as she accused him of having abused her.

Gerbold was thus tied to a stone wheel and thrown into the sea.

But miraculously the stone turned into a boat and led him to the shore of Ver-sur-Mer near Bayeux where he settled as a hermit.

He lived in peace until the inhabitants of Bayeux discovered the miracle of the stone wheel and made him bishop of their diocese.

But his moral rigour and the austerity of his episcopate discouraged them and they forced him to leave.

Infuriated, Gerbold threw his bishop's ring to the river, swearing that he would return as their bishop only his ring was recovered.

In the days that followed a severe epidemic of dysentery struck the inhabitants of Bayeux who saw in it a divine sign; only Gerbold could heal them!

By chance, a fisherman caught the fish that had swallowed the ring and brought it back to Gerbold.

The holy man kept to his word and resumed his episcopate and as by magic the epidemic ceased!

Gerbold died in 695AD; his relics are preserved in the Church of Saint-Exupere in Bayeux and the Church of Petit-Celland, to the east of the city of Avranches in the Manche department. 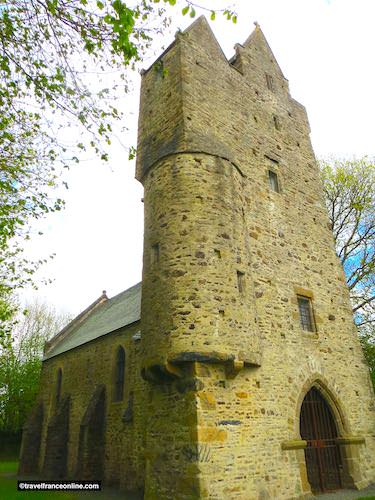 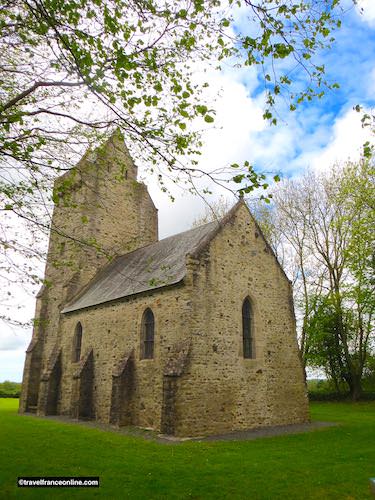 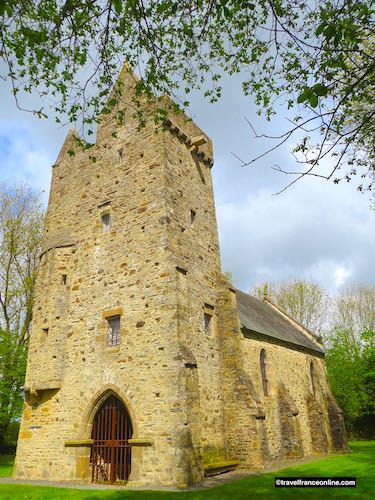 Saint-Gerbold Chapel converted into a hermitage

Nothing suggests that Gerbold was ever attached to the Chateau de Gratot.

The most plausible reason the Argouges, lords of Gratot, built the chapel and dedicated it to the holy man in 1451 is that their family originated in Bayeux.

They converted the chapel into a hermitage in 1620; remains of the fortified enclosure that protected it are still visible.

The Argouges chose all the hermits among the priests who officiated in the church of their castle.

As a result, those always had a room at their disposal in the castle to rest after the services before returning to the hermitage.

People even say that an underground tunnel connected the two buildings. 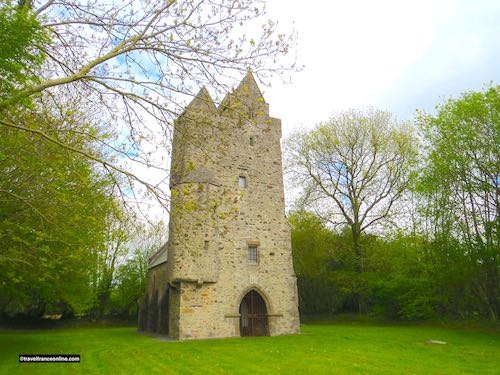 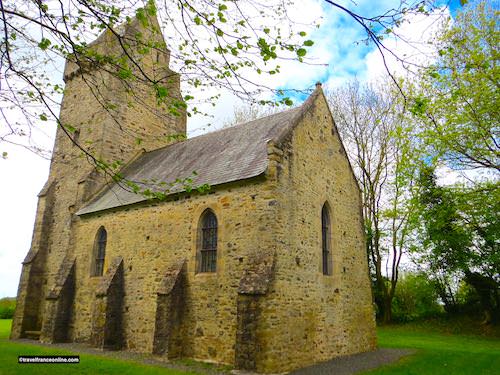 The hermits of Saint-Gerbold Hermitage

Legend or truth? Who knows!

What is known with certainty, however, is that the hermits of Gratot were seasoned priests who had either lived in a congregation or been in charge of a parish.

They came from mendicant orders (Franciscans, Dominicans or Augustinians) that met the requirement of voluntary poverty.

However, they had the right to live in community and not in total isolation; they could thus choose a companion to help them in their religious or everyday tasks.

They depended on the bishop of Coutances, and celebrated masses in honor of Saint-Gerbold in their hermitage.

They also attended all Sundays and public holidays Masses celebrated in the church of the Chateau de Gratot.

Tradition was that on Saint-Gerbold’s Day they said two Masses and paid the Lord of Gratot a capon.

The hermitage was seized and sold as national property at the French Revolution.

However, Guillaume d'Ouessey, lord of Gratot purchased it back in the early 19th century and re-opened it.

Saint-Gerbold Hermitage changed hands a couple of time after his death in 1830.

Sadly, the chapel served as a farmhouse and was in disrepair advanced in 1878; the vault of the nave collapsed in 1947 and the porch was not cleared until 1975.

Fortunately, the hermitage was classified Historical Monument in 1995; the General Council of the Manche department purchased it in 2000 and undertook its restoration.

A statue of Saint-Gerbold was excavated from the floor of the nave during the restoration work.

This 15th century fine statue that once stood on the chapel altar still bears traces of its paint.

Parishioners most likely buried it at the French Revolution to save it from destruction; it’s now on permanent exhibition in the Abbey of Hambye (south-east of Coutances).

Saint-Gerbold Hermitage is definitively worth the detour!