Coutances, the Unelles’ capital renamed after a Roman emperor

Coutances, a city built on an ancient volcano

Coutances is located on the southern coast of the Cotentin Peninsula, 11km from the seashore.

Perched on a hill at 90m above sea level, it overlooks the valley of the Soulle, a small river that flows into the coastal river Sienne.

Surprisingly, the hill is an ancient volcano!

Indeed, some 700 million years ago, long before humans existed, a volcanic chain traversed the Cotentin.

Over the millennia, erosion shaped the landscape and eradicated every visible trace of the volcanoes.

That said, the area is regularly subject to small seismic shocks - not eruption though! - which remind us that volcanoes today sleep in the deep of the Norman earth. 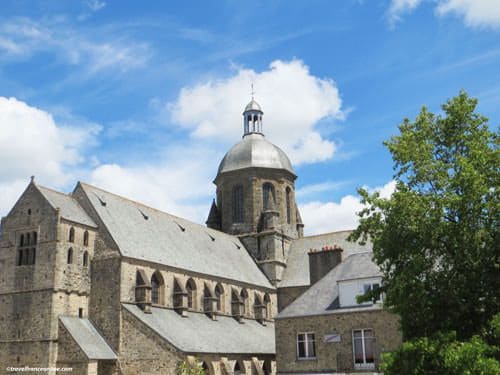 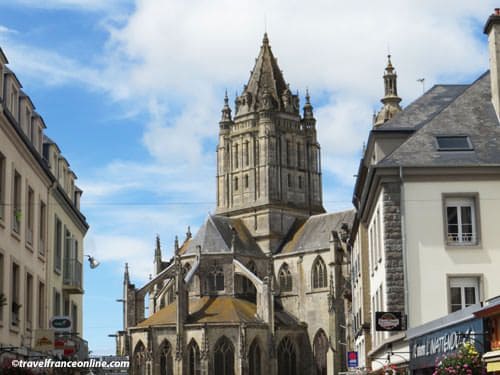 The city of the Unelles renamed Constantia

Cosedia, the capital of the Celtic Unelles was renamed Constantia in the 4th century, in homage to the Roman emperor Flavius Constantius Chlorus.

The region of Constantia, the Pagus Constantinus, even left its name to the Cotentin.

Coutances was destroyed several times throughout the centuries.

The Vikings reduced it to ruins in 886 and the Huguenots looted the cathedral during the Wars of Religion of the 16th century.

However, it was during WWII that Coutances was most affected, for the Cotentin was indeed the theater of the Battle of Normandy.

A terrible bombardment flattened the city centre, however, the cathedral and the two churches, though damaged, 'miraculously' escaped destruction! 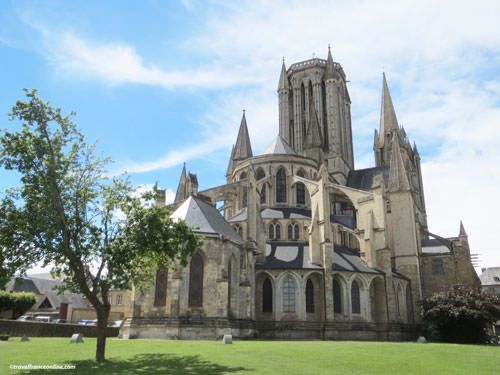 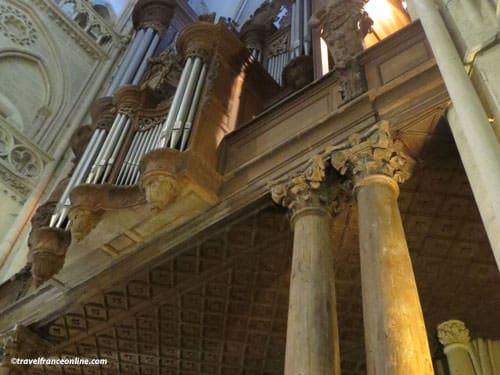 Coutances has fewer than 9000 inhabitants, however, boasts a cathedral and two churches!

The city is indeed the seat of the Bishopric of Coutances and Avranches.

The Gothic Notre-Dame Cathedral is of course renowned for its beauty and impressive dimensions.

Around 406AD, Saint Ereptiole, the first bishop of Coutances, built a church on the site of a Roman temple.

The Vikings destroyed this church during their raids of 866.

The cathedral was inaugurated in 1059 in the presence of William.

Not only did Montbray enlarge the Romanesque cathedral, but he also founded several religious communities.

The bishopric of Coutances was indeed influential; its jurisdiction applied to the Channel Islands, located a few nautical miles off Coutances.

The old Romanesque cathedral was rebuilt in the 13th century, however, several architectural elements of this period are still visible.

It was restored and altered around 1180.

Considered a superb illustration of Norman Gothic style, it boasts two arrows and a lantern tower.

The cathedral was classified Historical Monument in 1862.

The 18th century Episcopal Palace, located at the back of the cathedral, was severely damaged during WWII, but was fully restored.

This church is not disaffected, however, it's not used for religious ceremonies.

Instead, the City of Coutances uses it for exhibitions and craft markets. 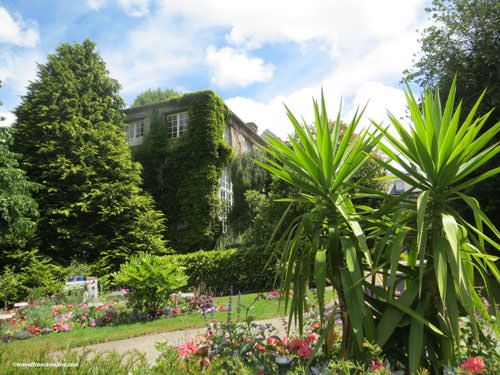 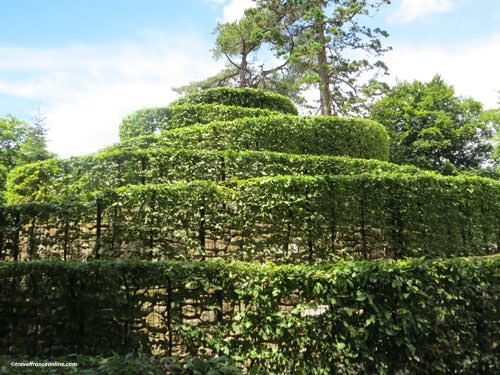 What else to visit in Coutances?

The Quesnel-Morinière family donated its magnificent mansion to the Municipality of Coutances, which founded the Museum of Fine Arts and Archeology.

The Musée Quesnel-Morinière* was inaugurated in 1874 and today boasts an impressive collection of over 5000 objects.

The park of the property became the city’s public garden.

This is no surprise, as this stunning park contains a wealth of exceptional trees, but also of plant, flowr and bush species.

One of its most visited areas is the Colimaçon, a superb vegetable spiral.

Coutances is an abundantly flowered city and was awarded the Trois Fleurs label in the Cités et Villages Fleuris contest.

The old aqueduct is another landmark.

Nothing is left of the Roman aqueduct which supplied Constantia with water because the Vikings entirely destroyed it!

However, three arches - classified Historical Monument - remain of the second aqueduct built around 1277.

It is probable that this aqueduct used the siphon bridge system.

It indeed carried water from the Fontaine de L'Ecoulanderie from 125m of altitude down to 53m, then brought it up to 92m!

Finally, Coutances is renowned for its festival of Jazz, Jazz sous les pommiers**, which every year welcomes thousands of jazz fans during the week of the Ascension.