It was built in order to commemorate the Centenary of the Great War.

It is located by the entrance to the French military Cemetery of Notre-Dame-de-Lorette in Ablains-St-Nazaire.

The Remembrance Ring is shaped like a huge ring and has a perimeter of 345m.

A concrete path, delineated by two tall walls that symbolise a trench, accesses the monument.

Metal slabs, engraved with the word Peace in several languages, have indeed been placed on both walls at regular intervals.

The Remembrance Ring is located on a 2,2ha sloppy plot of land.

It rests entirely on the ground, with the exception of a section located down the slope, to symbolise the fragility of Peace.

One would like to believe that the round shape was chosen in order to represent Eternal Peace.

The paved path that runs along the inside of the ring is bordered with five-hundred 3m high metal panels.

These bronze panels are engraved (except one) with the names of all the soldiers, who lost their lives on the battlefields of Pas-de-Calais during WWI.

Their names are in alphabetical order and of all ranks and nationalities.

214,214 Commonwealth soldiers, 173, 876 Germans soldiers and 106,012 French soldiers including those of the French Colonial Troops and French Foreign Legion.

The Remembrance Ring, a work of the architect Philippe Prost, received the Equerre d’Argent, an architectural prize awarded by the Groupe Moniteur.

The Remembrance Ring is a feast of contemporary architecture. 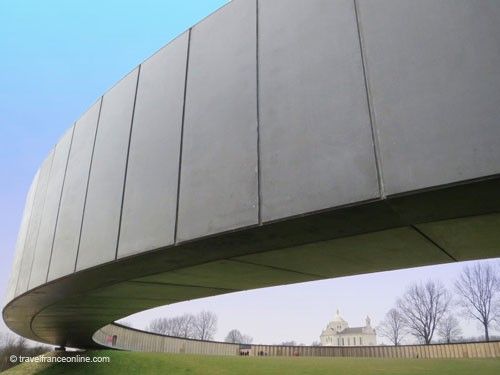 Remembrance Ring with Notre-Dame de Lorette Church in the background 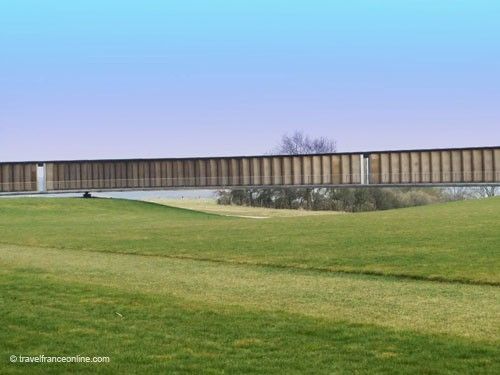 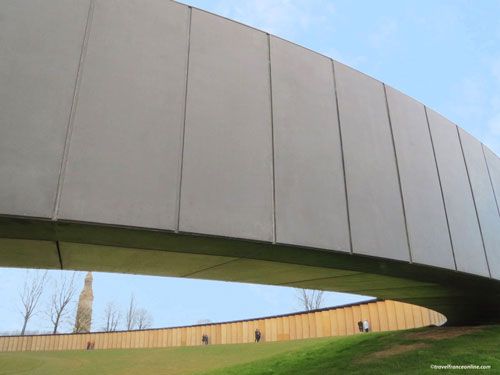 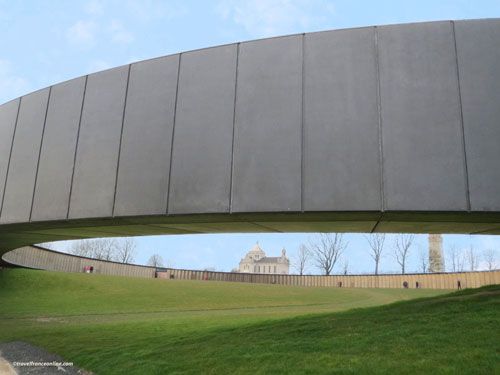 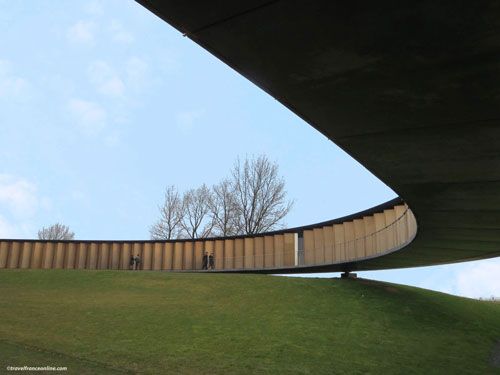 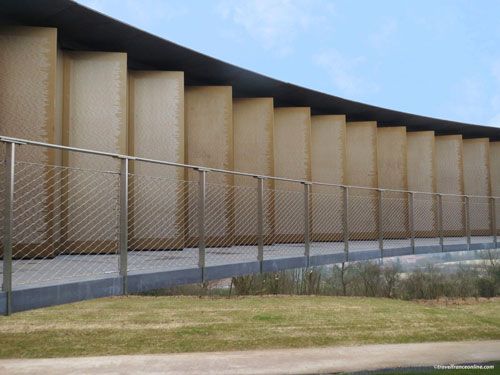 Tables with the names of the Fallen