The poinsettia is one of four flowers French used during Christmas celebrations.

Euphorbia pulcherrima is indigenous to Central and South America.

Amazingly, the Aztecs considered it a symbol of purity, yet also used it for the production of red dye!

The first Christians of Mexico started to use the plant as Christmas decoration during the 16th century.

A Mexican legend has it that a young girl initiated the tradition of using poinsettia as a Christmas 'flower'.

An angel indeed 'inspired' her as she was lamenting that she couldn't afford a present for the celebration of the Nativity of Jesus.

The angel gave her the idea of collecting the branches of a red bush to place in front of the altar.

The bush's star-shaped 'flowers' reminded her of the Star of Bethlehem and their bright red colour of Jesus‘ Blood. 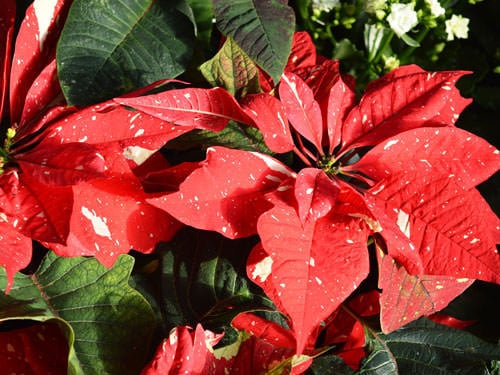 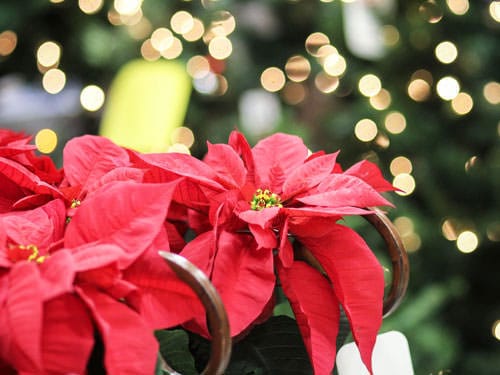 Poinsettia, a favourite plant for Christmas

Joel Roberts Poinsett, the first United States diplomat sent to Mexico, left his name to the plant, which he introduced it to his country in the early 19th century.

It develops colourful new leaves or bracts, which are often mistaken for flowers.

It comes mostly in bright red, but also pink, orange, green, creamy-green and even white when kept in the dark for a few days.

It is a very popular plant in France, where it is widely used for decoration at Christmas.

However, it is mostly found as a potted plant because French climate doesn't really allow its outdoors cultivation except in some areas of Southern France.

The other Christmas plants used for Christmas are ivy, mistletoe and holly.