The Place de la Republique is the spot where the 3rd, 10th and 11th district come together.

It is a major venue for social gatherings because of its location, but mostly its symbolism, as it is centered around the imposing Statue of the Republic.

Crowds indeed gathered there to mourn after the barbaric attack against the satirical newspaper Charlie Hebdo on Sunday 11 January 2015. Since then, many other demonstrations (of all sorts!) took place on the square.

A major roundabout, it was also the point of intersection of 7 major streets, that saw it being jammed for hours.

It was therefore redeveloped in 2012/13 and made entirely pedestrian, and road traffic is now diverted around the square.

The City of Paris chose the architect-planners Trévelo and Viger-Kholer for this project that gave the square its current aspect. 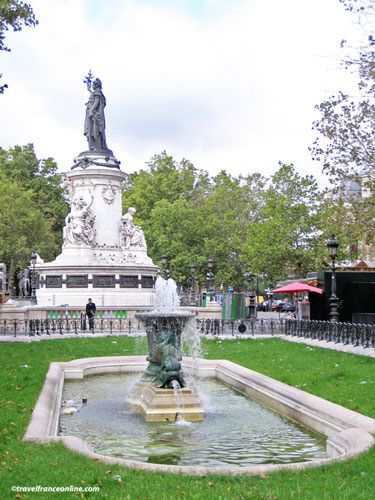 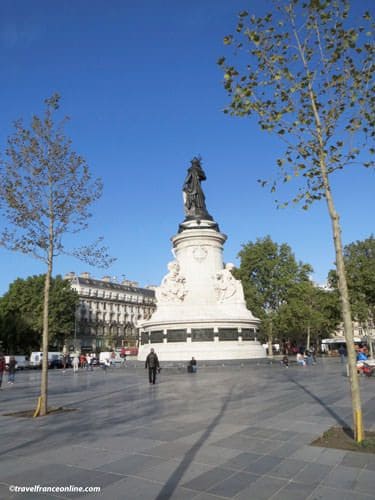 That said, the Place de la Republique was not always a gigantic roundabout!

The small Place du Château d'Eau was landscaped in the early 19th century, and took its name from the central fountain sculpted by Girard.

Haussmann's enlarged it 50 years later, when he renovated Paris, and moved the Fontaine du Château d'Eau to La Villette slaughterhouse where it served as a cattle trough. 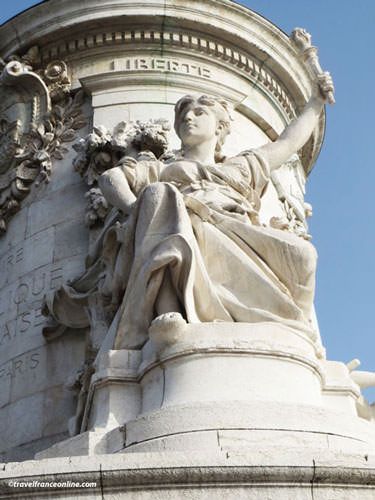 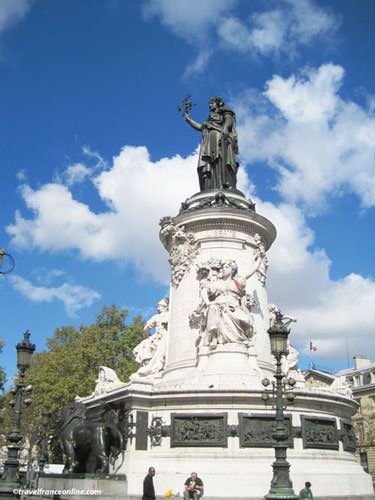 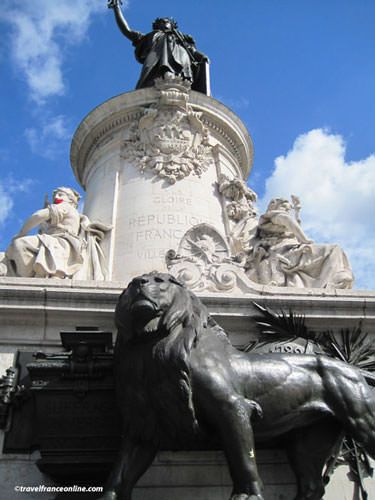 Lion with ballot box of the Universal Suffrage

Statue of the Republic

The Morice brothers sculpted the current allegorical sculptural group that symbolizes the French Republic and was unveiled on Bastille Day 1885.

The main statue represents Marianne, the young and fictional woman who traditionally embodies the French Republic.

Marianne wears her Phrygian cap, the symbol of Liberty; she holds an olive branch in her right hand, the symbol of Peace, and a tablet inscribed with Droits de l'Homme - Human Rights in her left hand; finally, she carries her sword attached to a belt worn over her shoulder.

She stands on a pedestal adorned with the statues of Liberty, Equality and Fraternity, the three major republican symbols.

The pedestal, embellished with a bronze garland, also bears two medallions marked with the words Labor and Pax (work and peace), the arms of the city of Paris and the following dedication:

A la gloire de la République Française- La Ville de Paris- 1883 - To the Glory of the French republic- The city of Paris- 1883.

The lion that lies at its base holds the Ballot Box of Universal Suffrage, below 12 bronze low reliefs that depict the most significant events in the history of the Republic. 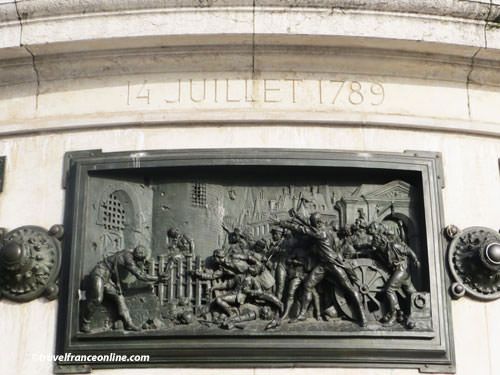 Bronze low-relief depicting the Storming of the Bastille 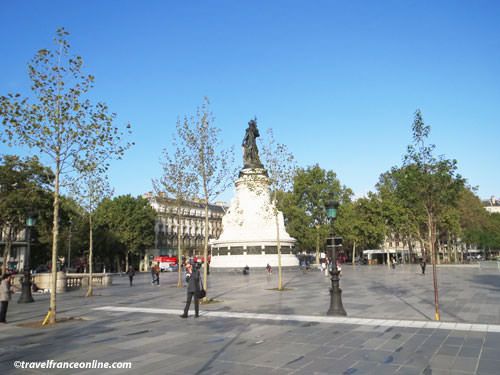 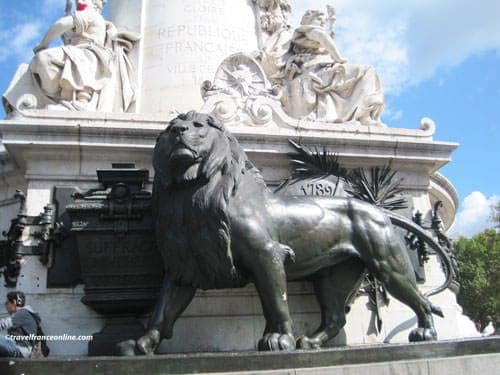 Lion with ballot box of the Universal Suffrage