The Pasteur Museum was founded in the apartment where Pasteur and his wife Marie lived during the last 7 years of his life.

The chemist and microbiologist Louis Pasteur (1822 -1895) was born in Jura, in Eastern France.

He devoted his career to research on infectious diseases after the tragically losing three of his five children to typhoid.

From 1857 to 1888 he worked as Director of Scientific Studies at the prestigious Ecole Normale Supérieure in Paris.

Major breakthroughs led him to discover pasteurization in 1866.

This technique, that stops bacterial contamination, was obviously named after him.

In 1878 he demonstrated that fermentation was produced by the growth of micro-organisms.

He also discovered a vaccine for the anthrax bacillus after research on chicken cholera.

In 1870 he discovered the cure for the disease that killed the silkworms and therefore saved the French sericulture industry.

The turning point was on July 6, 1885 when he successfully used the first Rabies vaccine on Joseph Meister.

The young boy from Jura had indeed been bitten by a rabid dog.

As a result, people flocked from all over France and foreign countries to his laboratory in order to be vaccinated.

Public funds were therefore immediately raised through the Academy of Sciences in order to fund a rabies vaccine centre, the forerunner of the Institut Pasteur.

Dr Roux had indeed worked as a research assistant in Pasteur’s laboratory at the École Normale Supérieure from 1878 to 1883.

Louis Pasteur was the Director of the Institute until his death in 1895.

He was considered one of the most talented French scientists of his time!

He was a Member of the French Academy, Academy of Medicine and Academy of Sciences.

Pasteur's extraordinary discoveries have since saved thousands of lives. 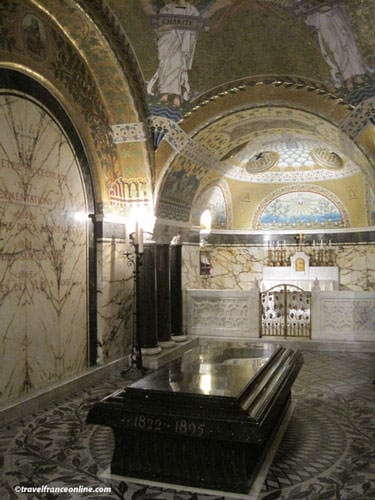 Louis Pasteur's grave in the crypt 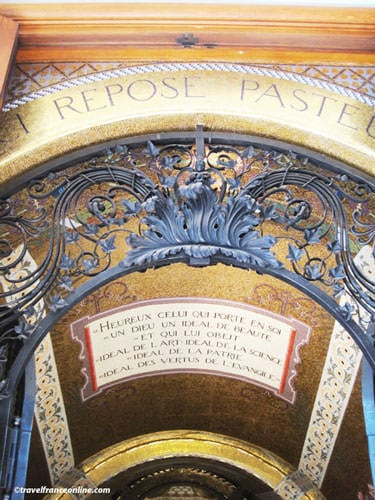 Entrance to the crypt 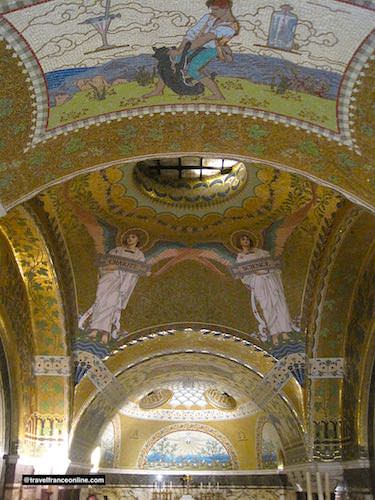 The non-profit private foundation and research centre has since day one been specialized in infectious diseases.

It consists of laboratories of bacteriology, biology, virology, immunology and allergy research.

Major breakthrough discoveries leading to the control and cure of diphtheria, influenza, yellow fever, plague, poliomyelitis, tetanus, and tuberculosis were made there.

The institute is today the main supplier of serum and vaccines for rabies, yellow fever and tuberculosis.

It made headlines in 1983 when its researchers isolated HIV.

It is one of the world's leading research centres.

It is also the flagship of the 25 Pasteur Institutes that were opened throughout the world!

The Pasteur Museum spreads over the two-storey private apartment, which contains its furniture and decoration of origin.

This includes his dining room, drawing room, bed rooms and of course his study, one of his favourite rooms with his beloved institute near his laboratory.

The laundry room was, however, converted into a scientific souvenir room.

This is where you’ll discover a wide range of equipment Pasteur used during his research.

The apartment-museum exhibits also many memorabilia:

Sketches Pasteur drew when he was young, letters and notes, and of course the many objects of his everyday life… 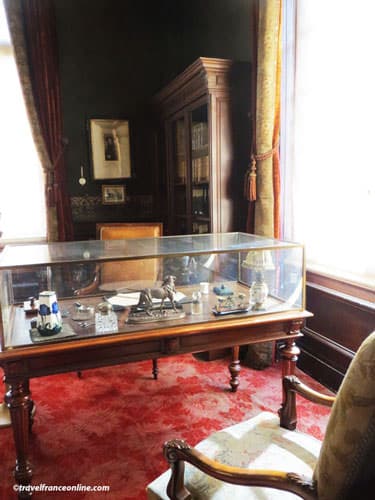 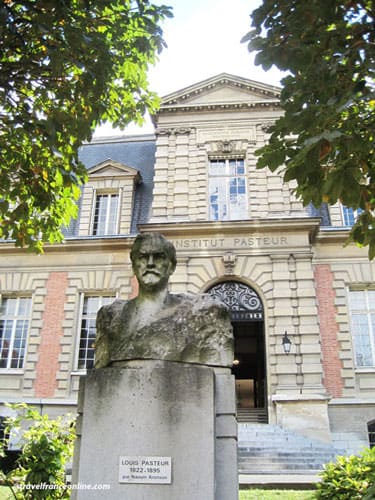 Bust of Pasteur in front of the institute 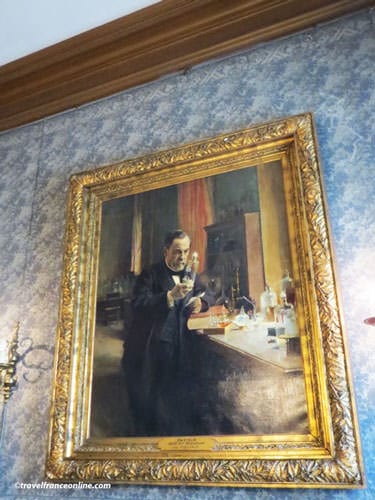 Pasteur in his laboratory by Edelfelt

He died on September 28, 1895 and had a state funeral at Notre-Dame Cathedral.

His widow refused the government’s suggestion to have him buried in the Pantheon because she thought that his place was in 'his' beloved Institute.

However, he was initially buried in the cathedral, while the crypt was created.

His son Jean-Baptiste indeed converted the cellar, located under the apartment and used as storage for medical equipment, into a vault.

He commissioned the greatest artists of the Art Nouveau era in order to create the stunning crypt.

The theme of the gilded and colorful mosaics covering the crypt's ceiling and walls illustrate Pasteur’s discoveries (dogs and rabbits for rabies, chickens and sheep for anthrax...)

The scientist's tomb was placed in the centre of the crypt.

His wife, Marie, died 15 years after her husband.

She was (at her request) buried at the foot of the altar, in the small chapel situated at the back of the crypt.

Her tombstone is engraved with this simple epitaph:

The death masks of Louis Pasteur and Pierre Emile Roux are placed on each side of the altar.

The crypt, museum and library are listed Historical Monuments.

I highly recommend the visit because Pasteur was one of the most influential scientists of his time.

His discoveries were a major step towards modern medicine and Art Nouveau fans will marvel at the stunning crypt!

Opening hours: Mon-Fri - 2pm-3pm-4pm without reservation
Closed on PH and during the month of August

Discover Pasteur Museum and the crypt where the scientist is buried in the short video below...