It is on the ground floor of a beautiful building that connects the 76-78 Avenue des Champs-Elysées to Rue de Ponthieu.

Rosenthal commissioned the architects Charles Lefèbvre, Julien Marcel and Louis Duhayon to replace the mansion with the existing building.

Georges Dufayel, was the founder of the Grands Magasins Dufayel.

The department store was located at the foot of Montmartre and specialized in household furnishings. 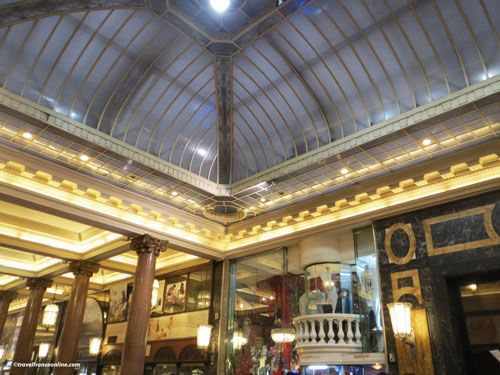 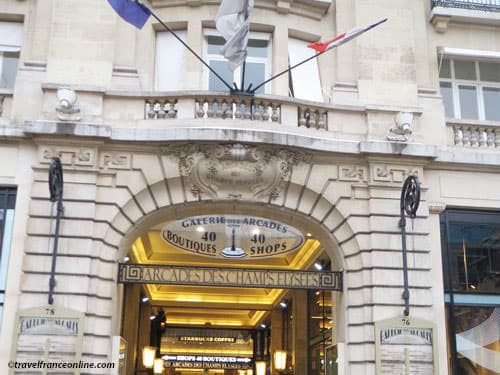 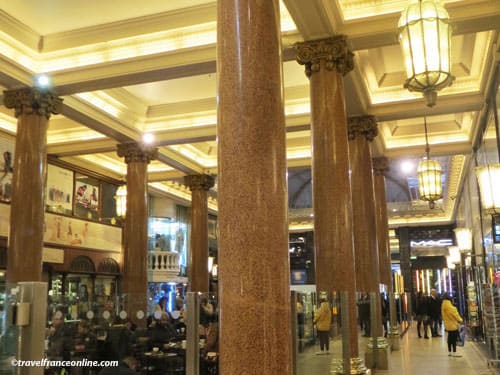 The decoration of the 120m long by 15m wide shopping gallery is a mixture of Art Deco and neo-Classical styles.

Some decorative elements, including eight superb columns in grey granite from Scotland, were recovered from the Hôtel Dufayel and re-employed.

Eight columns of red granite were added and the walls covered with beige and black marble.

The rest of the decoration was left to the best craftsmen of the time.

As all covered galleries of Paris, the Arcades des Champs-Elysées is topped with a magnificent glass roof.

René Lalique created the light fittings and shades, and two fountains, which were alas removed; one is now in Tokyo, the second in the United States.

Les Arcades des Champs-Elysées was inaugurated on October 1, 1926, and were exclusively dedicated to luxury.

A traditional Paris café with a terrace and a bandstand initially stood in the centre of the gallery;  the luxury boutiques spread over two floors.

The boutiques are still there, however, the café has left place to a modern establishment.

Hairdressers, massage parlour, sauna, showers and a heated swimming pool spread over 4,400 m2 in the basement.

It was named after its decoration based on Venice's popular beach resort.

Despite its success, Le Lido closed down in 1933.

The show producer Léon Volterra bought the premises 3 years later; he replaced the pool with an auditorium and organized dinner-shows.

They turned it into a successful cabaret and burlesque entertainment known for its exotic shows with singers and various artists and dancers including the famous Bluebell Girls!

In 1977, Le Lido moved to larger premises at no116 Avenue des Champs-Elysées.