Lehon developed in the 9th century around the Benedictine Abbey of St. Magloire, on the banks of the small river Rance.

It spread at the foot of a promontory where the lords of Dinan built a castle in 1034.

Lehon fortress defended the abbey and commanded the ford where the old Roman road crossed the river. 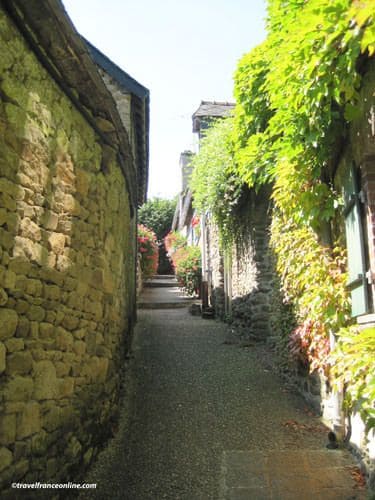 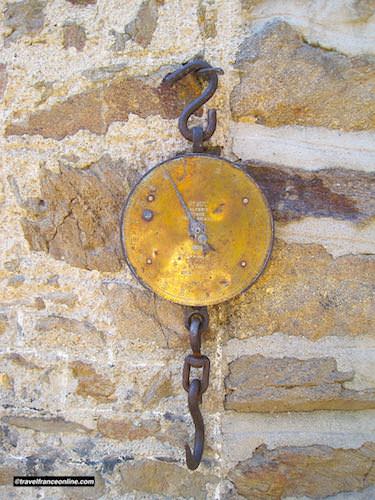 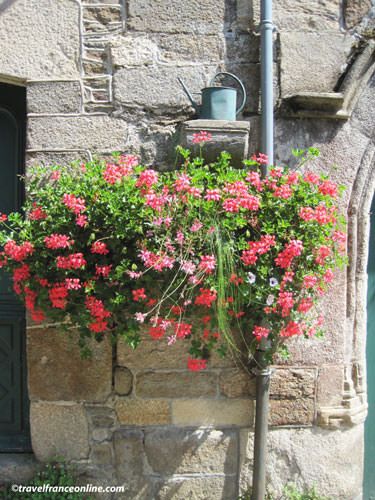 An abbey and its village

In 850 Benedictine monks, the custodians of the relics of Saint Magloire (one of the evangelisers of Brittany), founded their monastery in a meande (easily defendable), along the Roman road and by the ford.

Legend has it that as they searched for the perfect place, trees and bushes that grew by the ford started to bloom.

This phenomenon is known as Eté de Saint-Martin (Indian summer), a period of mild weather that can occur in the early days of November.

It was named after St-Martin, the patron saint of France, who is celebrated on November 11th.

The same climatic phenomenon indeed took place when the body of St. Martin, who died in Saumur in November 397AD, was brought back by boat to the city of Tours.

The Benedictine monks therefore saw this unusual event as a good omen.

Placed under the patronage of its founder, King Nominoë, then the lords of Dinan, the abbey indeed became one of the most prestigious in Brittany and a major spiritual centre until the French Revolution. 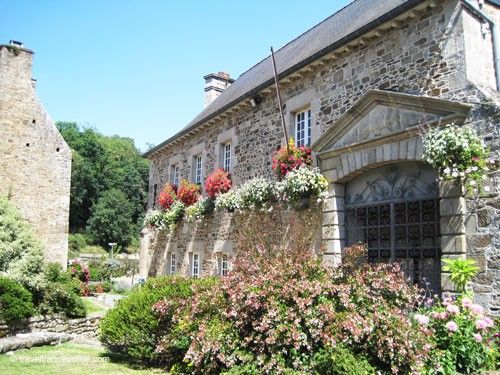 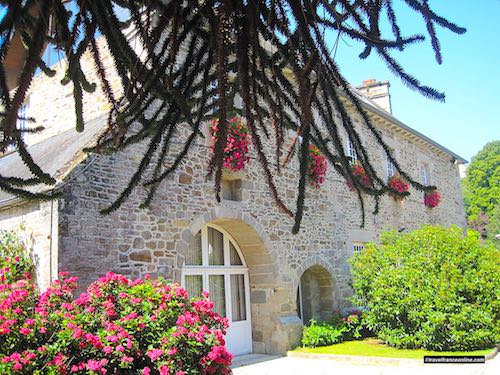 The relics of Saint Magloire attracted pilgrims throughout the Middle-Ages, bringing wealth to the abbey and prosperity to the town.

Lehon was an active and affluent market town from the start.

The monks indeed developed a thriving cottage industry, while craftsmen settled by the trading road and the river, a major navigable route with direct access to the sea.

The bridge, Le Vieux Pont, was built in the late 15th century to replace the ford and increase trade.

A towpath was opened along the Rance River to transport goods towards Dinard and Saint-Malo in the estuary, from where they were shipped to other French and English ports.

Amazingly, Lehon kept thriving after the French Revolution when the abbey was closed and partly dismantled.

However, the opening of the viaduct of Lanvallay-Dinan in 1852, and thus the deviation of road traffic, led to its decline.

That said, countless traces of its past affluence can still be seen in the embellished facades of its houses.

Many indeed boast a wealth of medieval architectural features such as moulded cornices, carved lintels, picturesque porches and doors. 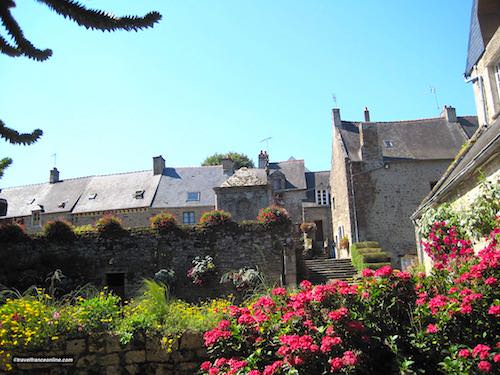 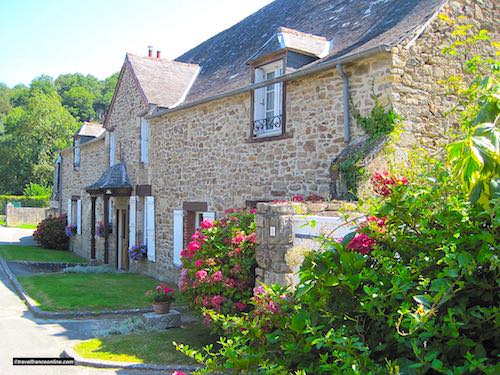 Lehon’s rich architectural heritage earned it the label of ‘small city of character’ in 2003.

This label rewards municipalities that not only restore their heritage, but also promote it with quality tourist infrastructures.

Pedestrian circuits indeed lead to the discovery of its impressive heritage along the picturesque cobblestone lanes and the old towpath.

N.B. Lehon is located in the outskirts of Dinan. You can get there on foot from the port of Lanvallay-Dinan by following the old towpath and enjoy the bucolic scenery. 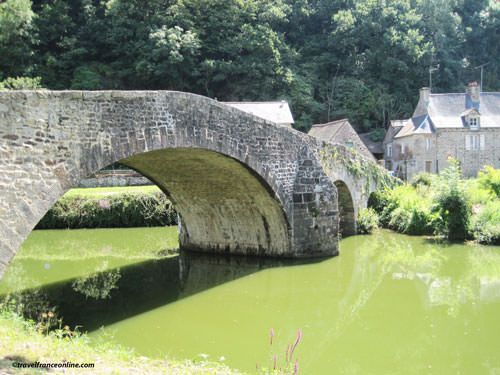 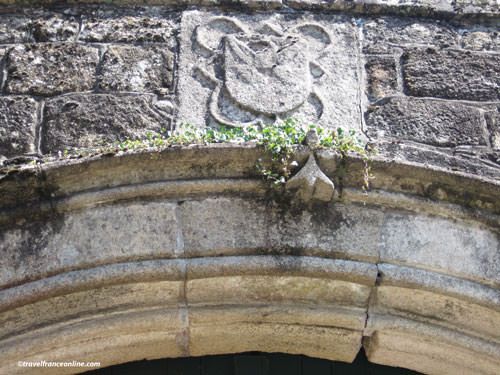