Lehon Castle near Dinan in Brittany

While today in ruins, it is still quite imposing!

In 1034, the Lords of Dinan built a wooden fort on the hill that overlooked the Range river and its valley.

This fortress commanded the ford that allowed the Roman road to cross the river; this major trading route linked Corseul to Rennes.

A massive stone fortress, which seemed impregnable, replaced it in the 12th century.

However, Henry II of England severely damaged it when he besieged it in 1168-6.

The Lords of Dinan rebuilt their fortress and upgraded the defence system a century later.

Lehon was once more besieged during the Hundred Years War, then during the War of the Breton Succession (1341 to 1364).

And the defence system was once more upgraded! The top of the curtain wall was indeed lowered to build a platform to install guns.

Despite all these improvements, Lehon Castle was destroyed during the conflict and was never rebuilt.

The Prior of the Abbey of St-Magloire acquired the ruins during the 17th century and used the stones to erect new monastic buildings. 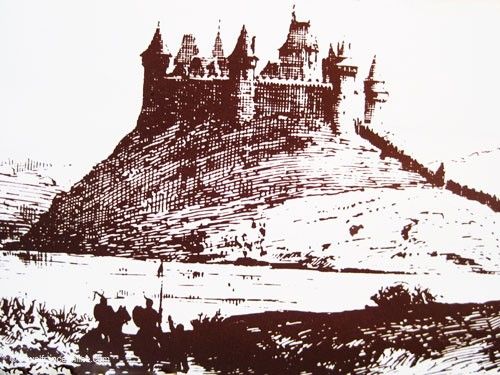 Lehon Castle as it once looked

The ruined castle was sold during the French Revolution and once more served as stone quarry!

In 1872, the last owner bequeathed it to the municipality on condition that the villagers build a chapel in the courtyard.

The Chapelle Saint-Joseph was inaugurated in 1874 but remained in use for a few decades only.

It consequently fell in ruins and was pulled down in 1962.

However, a small oratory dedicated to St. Joseph was built in the ruined northwest tower to keep the memory of the chapel. 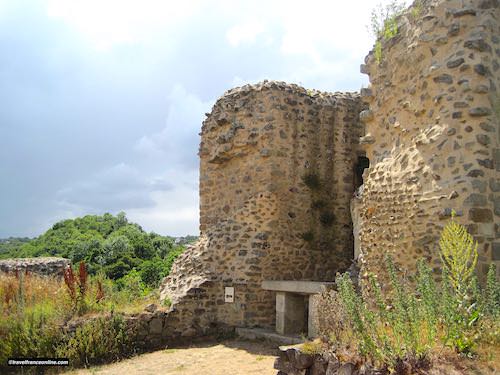 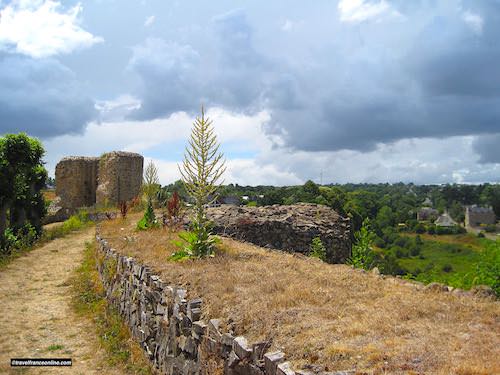 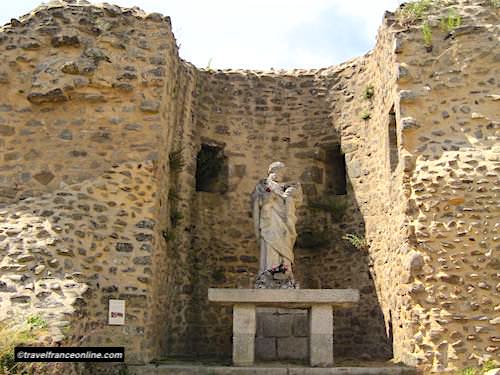 However, this listing was struck off in 1931 at the request of the village Councillors of the time.

They indeed believed that the ruins had no historical nor architectural value!

Fortunately this changed in 2004 when the mayor re-applied and obtained registration of the castle.

From 2003 to 2006 the Historical Monuments department restored the fortress and enclosure at the request of the Municipality of Léhon.

The target was not to rebuild Lehon Castle to the original, but to highlight what was left of it.

This was a wise initiative, as it would have been very venturous to rebuild the medieval castle without knowing its exact layout and design.

It therefore takes a bit of imagination and passion for history to mentally recreate the impressive fortress and its eight defence towers.

Indeed, shrubs and wildflowers now grow among the old stones, but the ruins are spectacular.

The castle, abbey and village are really worth the detour! 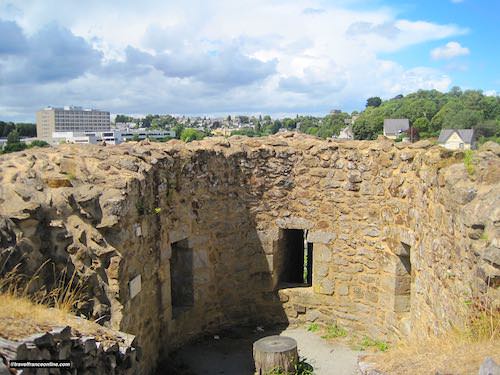 Ruined castle with Dinan in the background 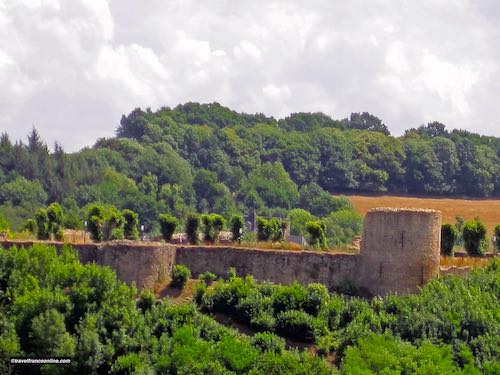