Corseul, the capital of the Curiosolites

Corseul once was the capital of the Curiosolites.

In 58BC they allied in order to resist the Roman invaders, but were defeated.

Corseul became a major Gallo-Roman town and therefore boasts a wealth of vestiges.

The small town is located 11km north-west of the historic city of Dinan and is really worth the detour. 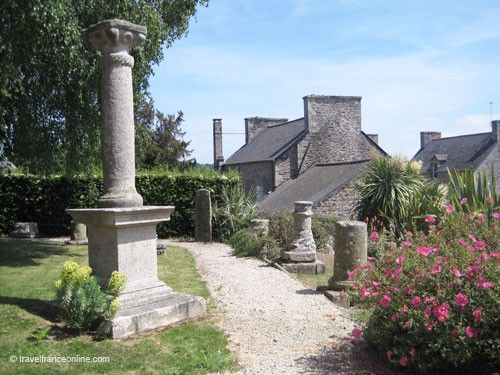 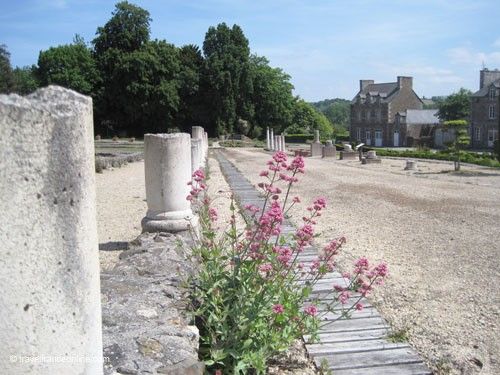 The Romans integrated ancient Brittany (Armorica) to their Province Lyonnaise and the Curiosolites' capital became known as Civitas Fanum Martis.

Gauls and Romans enjoyed peace and prosperity for the next two centuries and gave rise to a thriving Gallo-Roman culture.

Antic Corseul consequently became a flourishing town with a population of over 5,000 inhabitants.

The impressive road network of the time show that it was undoubtedly the region's major town.

Extensive vestiges of the 20-24ft wide roads that led to Dinan, Dinard, Jugon les Lacs and Quintin were indeed uncovered.

The civitas unfolded on the site of the modern town and surrounding countryside.

Countless monuments and villas were indeed excavated in and around Corseul.

Today this charming and dynamic town has a population of 2000 inhabitants.

However, multitude of vestiges, buried or forgotten, gradually reappear from the city's distant heyday. 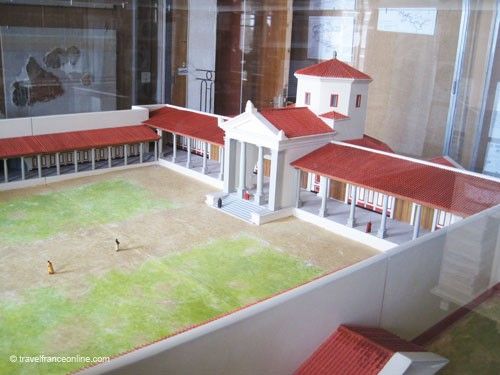 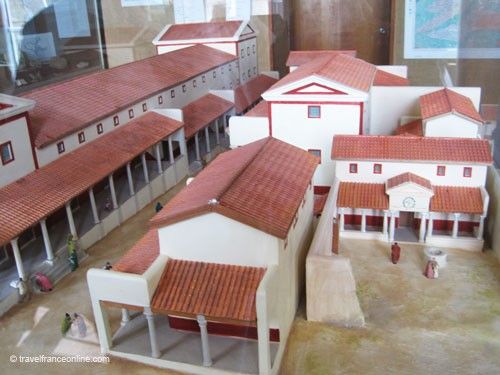 The Temple of Mars or Sanctuaire du Haut Bécherel is one of these amazing vestiges.

It stood on a prominent hill, some 1.7km from the city centre, along the road leading to Dinan and Dinard.

The temple was of course a place of worship, but also a place of pilgrimage, a gathering place for all the people of Brittany.

Its importance indeed reflected the influence of the Curiosolites.

However, all that is left are the buildings foundations and the temple's walls.

Excavations indeed uncovered that it burned, most likely during the barbaric invasions of the late 3rd century AD.

The enclosure's impressive dimensions make it the largest Gallo-Roman temple known to this day in France.

A flight of steps led to two entrance pavilions that opened onto the 5000m ² sacred area.

Porticoes delineated it on three sides and a solid wall (on the eastern side) linked the entrance pavilions.

The cella (temple) and its vestibule (pronaos) occupied the centre of the western portico;  two altars framed it.

The priests and officials were the only members authorized to access the shrine, the religious heart of the temple.

However, this is still the highest Roman masonry wall known to date in Brittany. 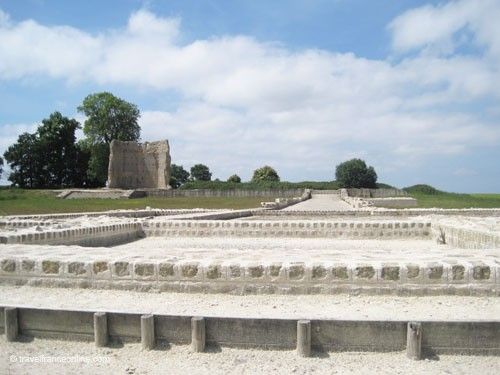 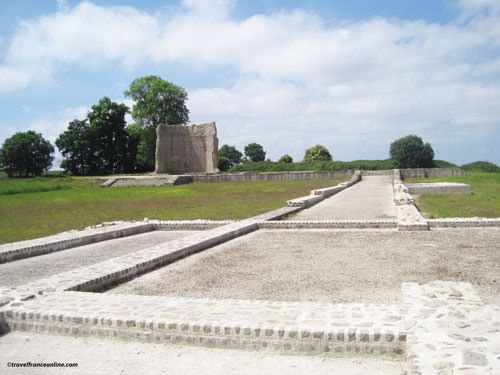 Ancient travelers who came from Rennes and St-Malo passed near the Temple of Mars.

The main road then took them downtown via the Monterfil District, the merchant district.

Monterfil was built on a traditional Roman grid plan.

Monterfil was built in the 1st century BC and remained active until the late 3rd century AD when it burned.

As you stroll along the site, you have to imagine this peaceful garden as a once busy district.

It was indeed the place where goods from surrounding farms and Breton provinces, or distant countries, were unloaded and stored.

A large warehouse and countless shops and workshops lined the main street.

The basilica stood on the opposite pavement and was framed with more shops, as it was the traders and artisans' gathering place.

The vestiges of the Tuscan style colonnades that supported the porticoes are still visible.

All that is left of Monterfil's buildings are their foundations, a few staircases and courtyards, the well and an hypocaust.

However, many objects, pottery, tools and a large collection of coins were also uncovered during the various excavations.

The vestiges of a wealthy merchant's villa were uncovered some 100m from the city centre.

The Domus du Champ Mulon, dates from the 1st century AD but baths were later built on the mansion's western side. 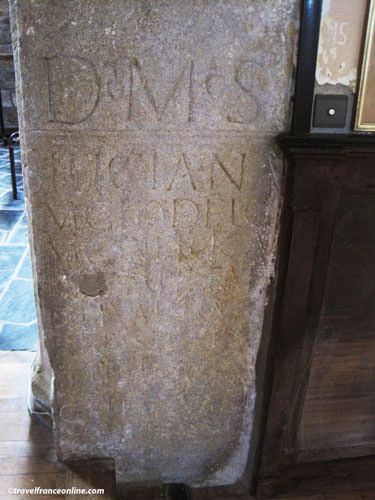 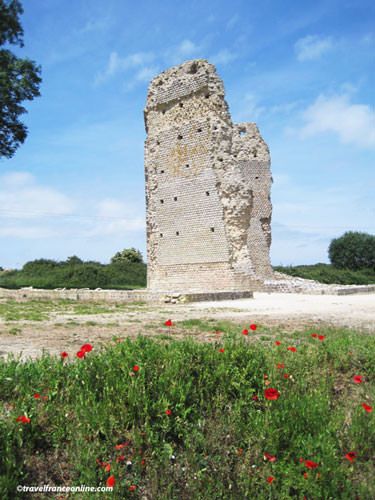 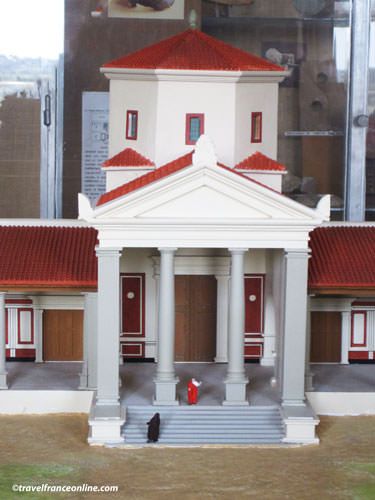 The Musée Suzanne Guidon is located on the second floor of the town hall and is worth the visit.

It indeed exhibits all the artifacts found during the excavations.

The town hall courtyard is an open-air lapidary museum.

Countless vestiges of columns and carved boulders are scattered among the flowerbeds and lawns.

This is where you'll find the Colonne du Jardin des Antiques.

This granite column is adorned with superb carvings.

It is  also known as Colonne de Jupiter because it was once topped with a statue of the kings of all gods.

As antic Corseul slowly fell into oblivion, so did the ruined district and the Gallo-Roman necropolis.

The latter eventually became a stone quarry and the tombstones re-used as building material!

The church, which dates from 1836, was built with recycled stones!

At the time, no one indeed cared much about the historical value of ancient monuments, as they were just considered a cheap source of already cut stones.

The funeral stele of Silicia Namgidde was therefore re-used as the base of the church pillar.

It is still engraved with her epitaph and tells us about her.

Silicia was a Carthaginian; she died at the age of 65 while visiting her son who was stationed in Corseul.

This stele has fortunately been listed Historical Monument.

The excavations continue and it is likely that in the years to come new monuments and objects will re-appear!