La Madeleine Church is a superb illustration of neo-Classical architecture at its best!

However, this imposing structure that faces the prestigious Rue Royale is not an 'standard' church, but more of a monument.

Construction started began in the 1760s and spread over 85 years, because of the French Revolution and political turmoil that followed.

In 1806 Napoleon altered the floor plan to convert the building into a majestic temple dedicated to the glory of his Grande Armée!


Sadly, his 'temple' was not completed when he abdicated in 1814.

King Louis XVIII completed it in 1842 and converted it into a church, however, retained Napoleon's floorplan.

As a result, La Madeleine Church has no belfry and no cross, as it initially had no religious purpose. 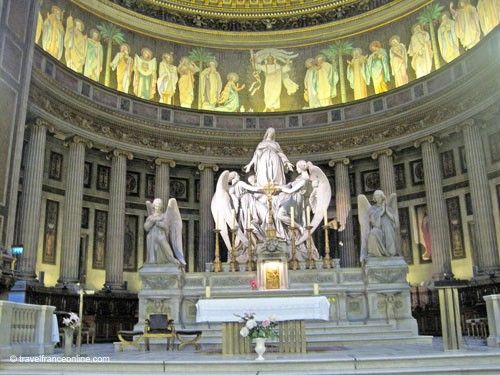 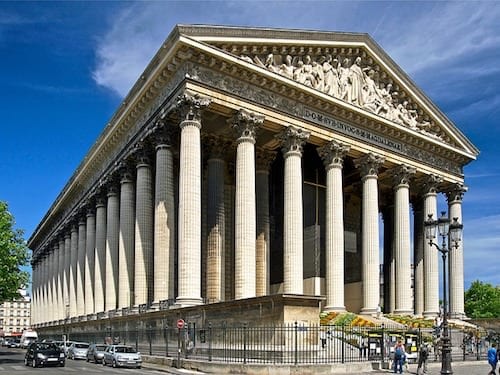 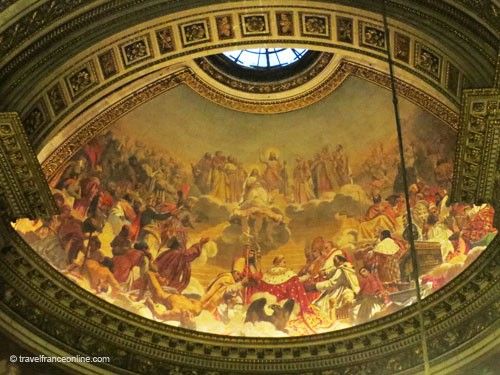 La Madeleine is shaped like a Greek temple and is a replica of the Maison Carrée in Nîmes, but with quite a few twists!

Fifty-two Corinthian columns frame it, however, the main facade's pediment depicts the Last Judgment by the sculptor Lemaire.

Then an impressive flight of steps lead up to the monumental entrance portico that is topped by a gigantic cross (added at a later date though.)

Two massive solid bronze doors adorned with low reliefs depicting the Ten Commandments lead into the interior which has no transept nor ambulatory.

Three magnificent domes supported by Corinthian columns cap the nave that is adorned with a wealth of sculptures by Pradier, Rude, Etex, Duret and Bosio.

Jules-Claude Ziegler painted the fresco, The History of Christianity of the half dome above it. Amazingly, Napoleon served as model for one the characters!

La Madeleine Church is quite anachronistic. However, it still blends with the architecture of the surroundings buildings and even enhances them. 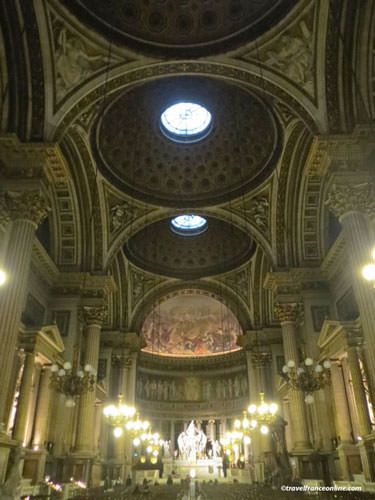 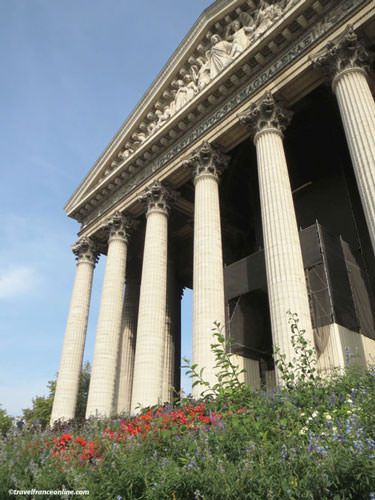 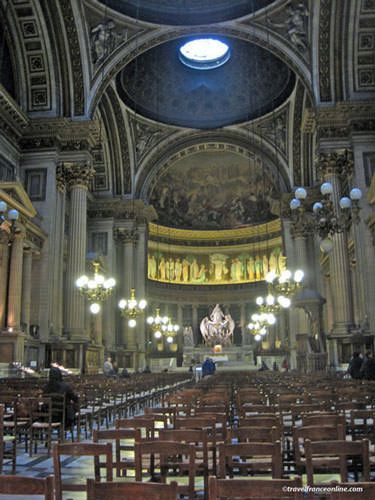 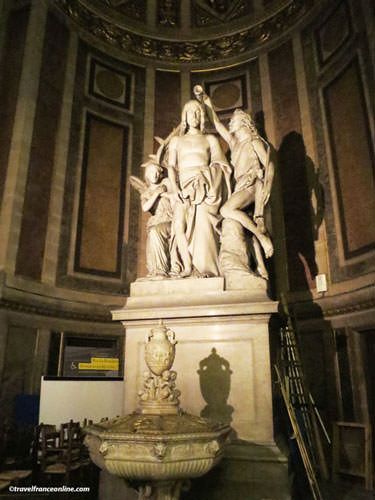 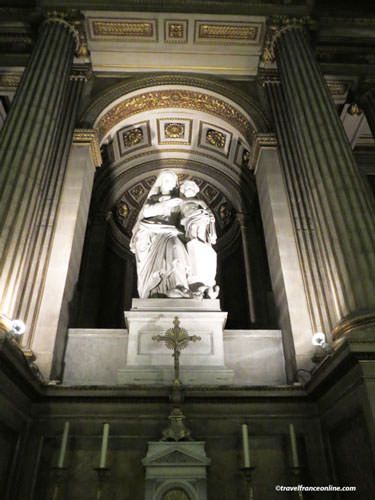 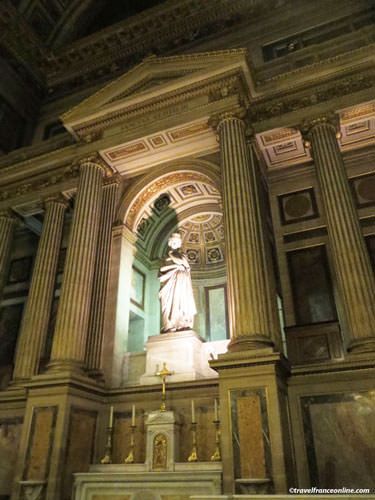