Where is the Stravinsky Fountain?

The Stravinsky Fountain is without any doubt one of the most photographed fountains.

However, it is also one of the most disconcerting and controversial art works in Paris.

This popular district, which unfolds around the Centre Pompidou, Les Halles et Quartier de l’Horloge, was fully redeveloped in the 1970s.

The unveiling of the Fontaine Stravinsky took place on March 16, 1983.

A large part of its funding came out of the funds allocated to the construction of the next-door Pompidou Centre.

Three sponsors, the water company Société Lyonnaise des Eaux, the Scaler Foundation and the Swiss government, contributed to its funding.

Its owner, the City of Paris, is responsible for its maintenance. 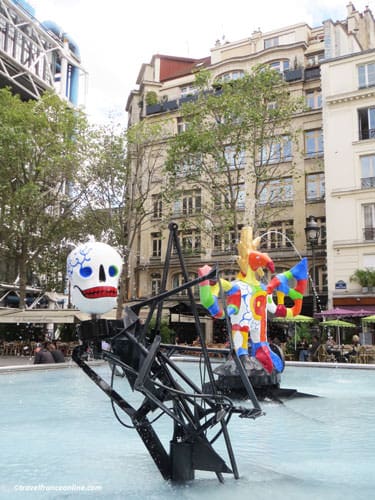 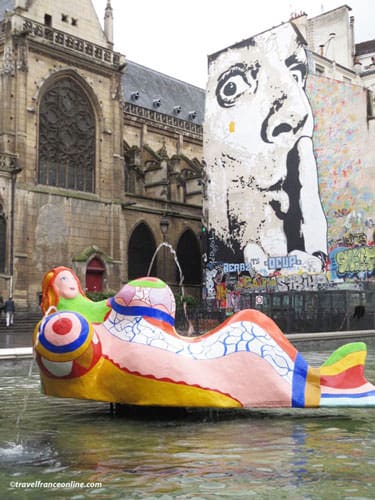 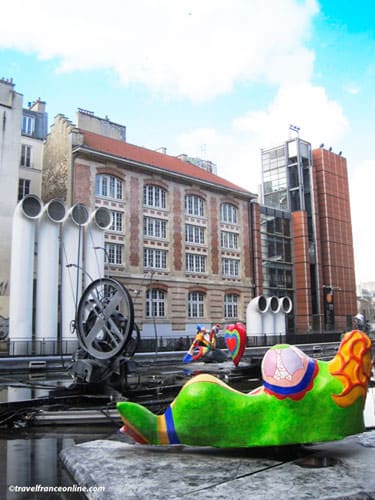 General view of the Stravinsky Fountain

A tribute to Igor Stravinsky

The Stravinsky Fountain, as its name implies, represents the musical work of Igor Stravinsky.

The Stravinsky Fountain is a tribute to his talent.

Therefore this fountain is not one, but 16 small musical fountains gathered in a 33m long by 17m wide shallow basin.

These sculpted fountains sit in the water and create a series of sounds that evoke Stravinsky's musical creations.

They were the joint creation of the Swiss artist Jean Tinguely and his wife Niki de Saint Phalle who joined the New Realist group in 1961.

Niki de Saint Phalle was an artist renowned for her extensive use of primary colours, which sometimes could be perceived as too blunt.

It was therefore decided that she would create 5 fountains and her husband the others.

These fountains are produced from resin and metal.

Many are painted in bright colours, some are black and white, but all are automated and equipped with water jets.

The Stravinsky Fountain, or Fontaine des Automates, is thus a gigantic musical work of art in motion.

The 16 sculptures symbolize some of Stravinsky's compositions and you'll have fun recognizing them. 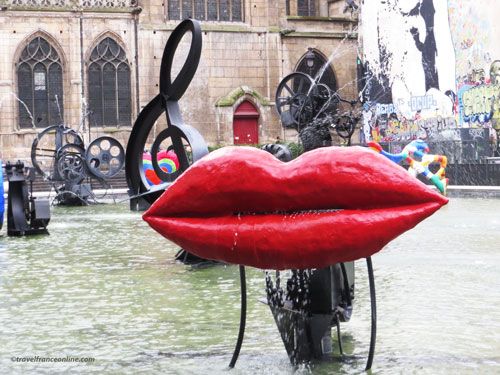 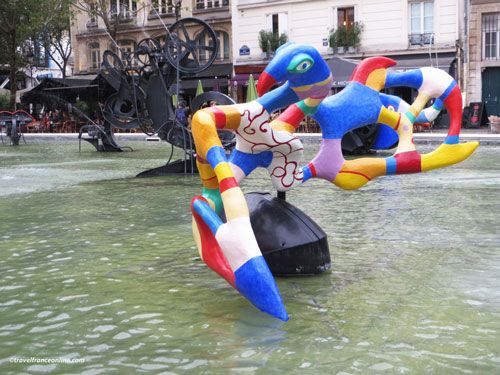 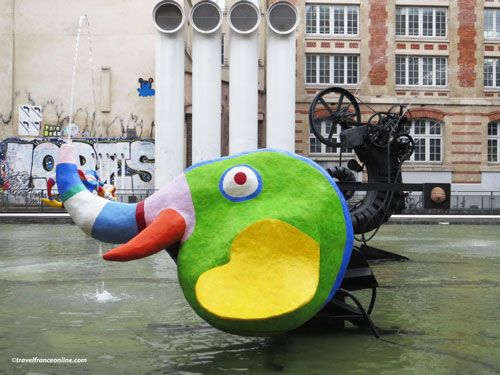 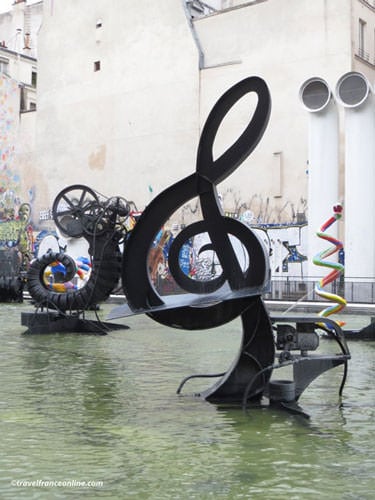 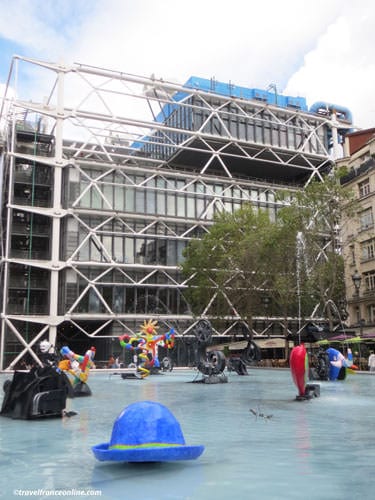 As with any other contemporary unconventional work of art, the fountain originally attracted much controversy, and still does!

Children obviously love it because of its bright colours and water jets, some people hate it, however, it leaves no one indifferent.

A gigantic mural, Chuuuttt! Ssshhh! covers the entire gable of a building that directly overlooks the square and the Stravinsky Fountain.

Contemporary Art at its best! 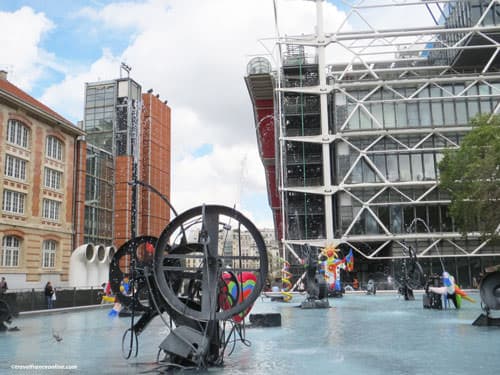 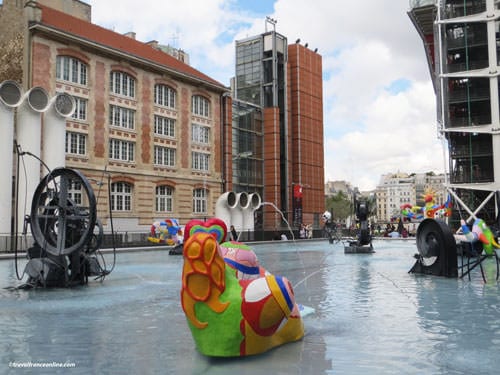