Sainte Marie-Madeleine Church is the parish church of Belcastel, a picturesque village ranked among the Plus Beaux Villages de France.

It boasts a contemporary set of Stations of the Cross by Casimir Ferrer as well as several exceptional 15th century statues, all classified Historical Monuments.

These include the tomb of Alzais Saunhac, Lord of Belcastel, who built the church in the 15th century.

John II and John III of Armagnac indeed granted Alzais Saunhac’s ancestors the village and land of Belcastel in order to reward them for their services during the Hundred Years War.

The fief remained the property of the Saunhac Family until the 16th century. 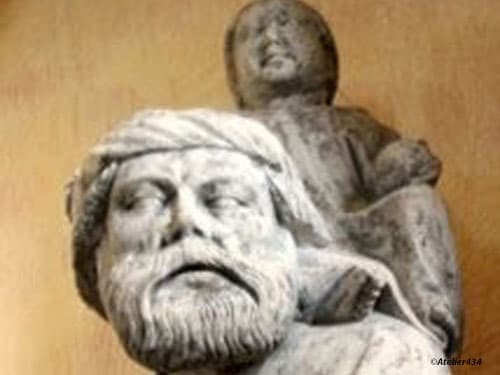 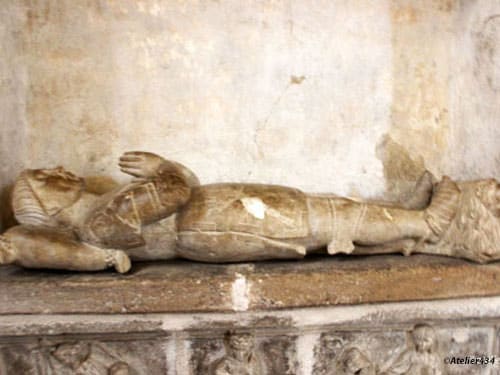 As I wrote above, Sainte Marie-Madeleine Church boasts a wealth of exceptional statues, however, one stands out.

It indeed represents St. Christopher carrying the Christ Child on his shoulders.

This unusual statue illustrates a legend.

Legend indeed has it that Christopher lived in a hut by the river.

One night a child appeared outside his hut and asked for his help to cross the river.

A hermit once told Christopher that he should assist people crossing the river as he was tall and strong.

He hoisted him up on his shoulders and waded into the water.

However, as he walked, the river became more and more turbulent, and the child became heavier and heavier.

Christopher struggled, but persisted, and eventually reached the opposite bank.

He then told the child:

"I do not think the whole world could have been as heavy on my shoulders as you were."

To which the child replied...

"You had on your shoulders not only the whole world, but also him who made it.

I am Christ, your King!"

Credits: photos and text by Evelyn Jackson - Edited by and for travelfranceonline.com - Photo Wikimedia Commons: header