Saint Julien le Pauvre Church is one of the oldest churches in Paris.

It stands at the crossroads of Rue Saint-Jacques and Rue Galande, the old Roman roads that led to the south of France and Rome.

It is dedicated to Julien l'Hospitalier a monk who dedicated his life assisting pilgrims and paupers.

The hospice and modest oratory built on his grave during the 6th century AD were destroyed by the Norsemen when they besieged Paris in 885-886. 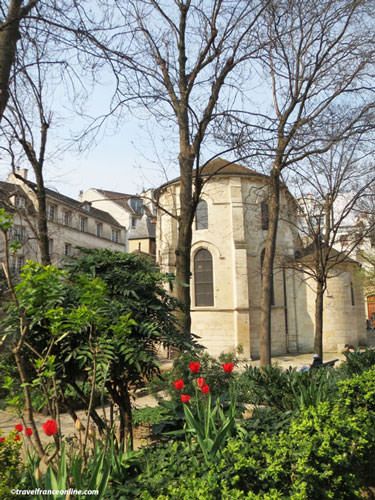 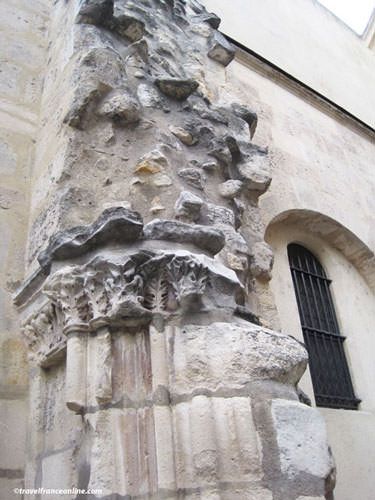 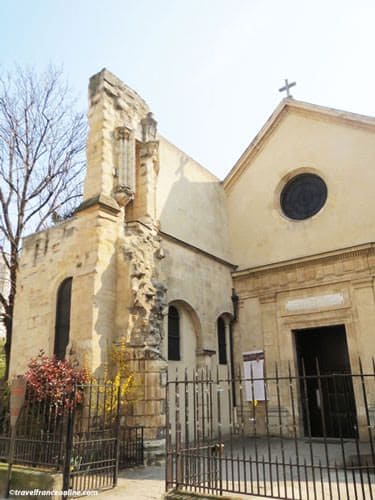 Built between 1170 and 1240 in the heart of the Latin Quarter, it served as parish church for the students.

However, attendance dropped in the late 14th century when the colleges became fully independent institutions with private classrooms and chapels.

Saint Julien le Pauvre therefore fell gradually into ruins due to the lack of funds and interest.

The sections that escaped destruction are a fine illustration of the transition from Romanesque to Gothic architecture.

However, those that fell in ruins were never rebuilt; vestiges of walls can still be seen at the front, by the facade that was erected in the 17th century.

Several sculptures and carved boulders recovered from the crumbling medieval building are also exhibited in the Square Viviani where you'll also find an amazing fountain.

These vestiges show how different the church once looked! 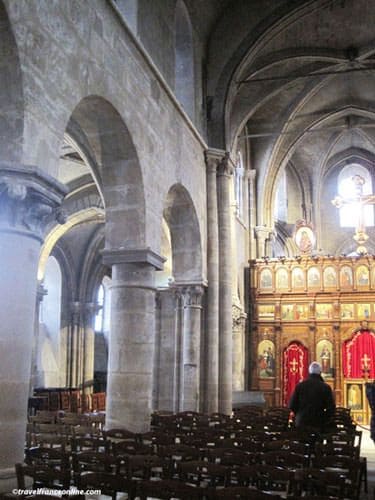 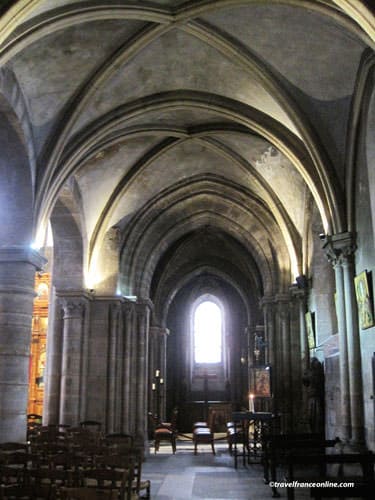 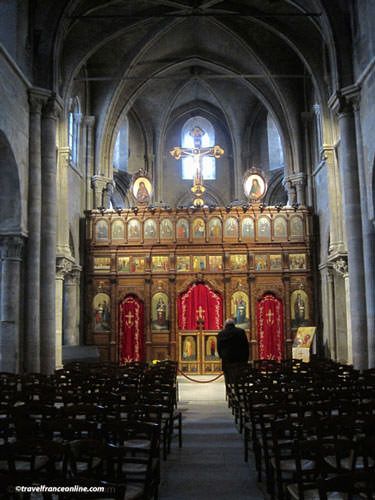 Amazingly, the lack of steeple and transept saved the church from demolition at the French Revolution!

It was restored and assigned to the Melkite Greek Catholic cult in 1889.

The interior is understated, exception made of the splendid iconostasis Georges Bitar created in 1890.

It has also retained its Gothic columns and their capitals adorned with harpies.

Saint Julien le Pauvre Church is open to the public only during services: Sundays at 11am and Tuesdays and Thursdays at 12.15pm.