The Place Vendome is located in one of the most affluent districts of Paris.

Rue de Castiglione connects it to the Tuileries gardens, and Rue de la Paix, a street with the highest concentration of luxury establishments in the world, to the Opéra Garnier.

François Louvois, the Superintendent of Buildings of Louis XIV, funded the creation of the almost square plaza (700m x 735m) at the turn of the 18th century.

He commissioned the architect Hardouin-Mansart for its design, and  Girardon for the equestrian statue of Louis XIV that marked its centre.

The 19 identical mansions that encompass the Place Vendome were built within 20 years, and therefore boast an impressive architectural unity. They are also a fine illustration of Classical architecture and are all listed Historical Monuments.

Elegant arches frame their ground-floor windows and columns adorn the facades of the first and second floors, and dormer-windows open their slate pointed roofs.

The mansions located on the western side of the square accommodate the Crédit Foncier (banking institution), the Ministry of Justice and the prestigious Ritz Hotel where Princess Diana spent her last moments.

The eastern side mansions are home to prestigious jewelers and Haute Couture boutiques such as Cartier, Van Cleef & Arpels, Chaumet, Mauboussin, de Beers and Chanel to name a few.

The statue of King Louis XIV was destroyed at the French Revolution.

The Colonne d'Austerlitz, which was topped with a statue of 'Napoleon dressed as Caesar', replaced it in 1810.

This column was destroyed under the Bourbon Restoration. Louis-Philippe replaced it with another column crowned with a statue of Napoleon dressed as a Corporal.

The column and statue were destroyed during the Paris Commune of 1871, at the instigation of the painter Gustave Courbet.

However, a new column was rebuilt during the Third Republic at the expense of the painter! Courbet eventually fled abroad in order to escape his debts.

A sculpted spiral climbs around the shaft which was cast with the bronze of the cannons seized at the Battle of Austerlitz in 1805. The shaft boasts also a series of low reliefs which depict scenes of Napoleon's military campaigns.

Finally, a replica of the original statue, namely 'Napoleon dressed as Caesar' tops the Colonne Vendome.

Photo via Wikimedia Commons: "Destruction of the Colonne during the Paris Commune'  by André Adolphe Eugène Disdéri (1819 - 1889) is in Domaine public 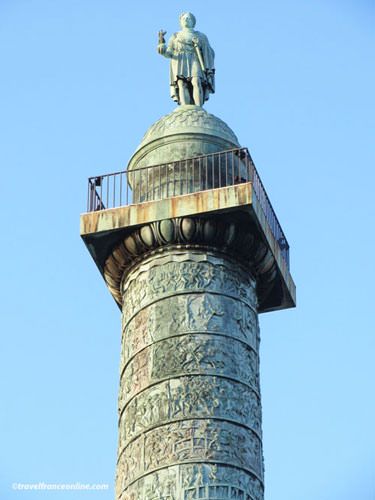 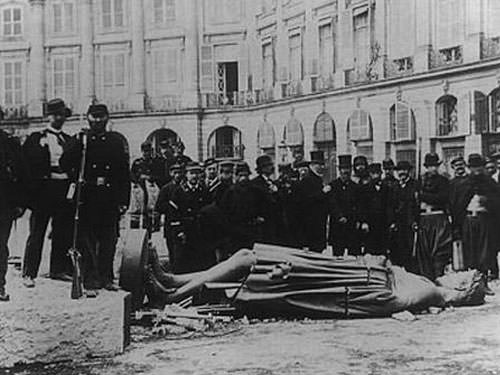 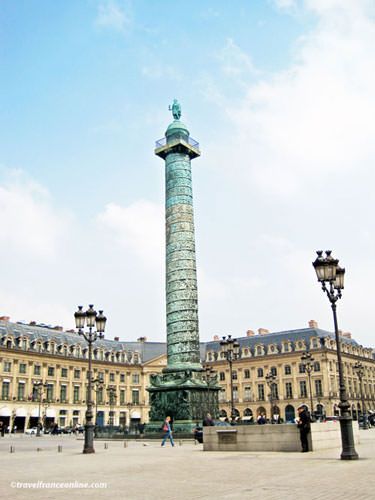 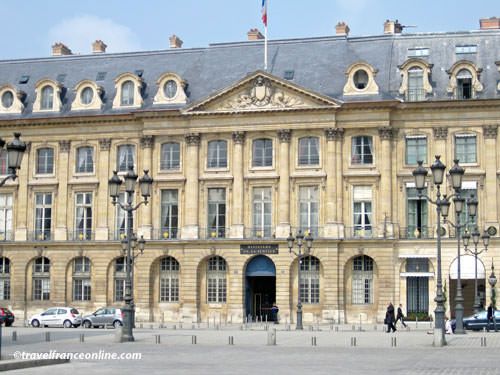 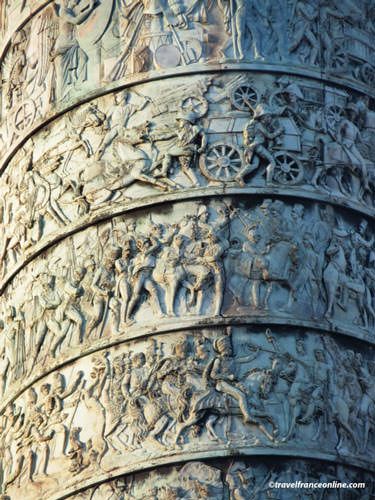 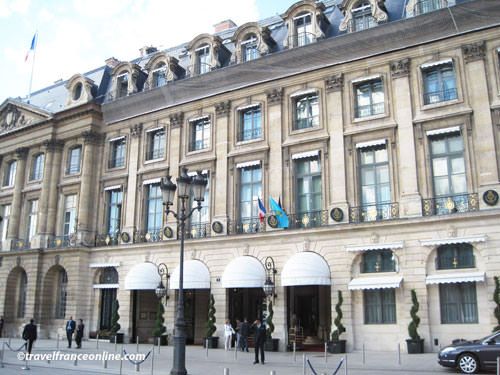