The Chateau de Bricquebec, a Viking fortress and its imposing polygonal dungeon high perched on its feudal mound, was one of Normandy's major strongholds throughout the Middle Ages. (Photo gallery at the bottom of this article)

Its foundation dates back to the 9th century when the Cotentin Peninsula, which in 911 became part of the Duchy of Normandy, was under the domination of the Viking invaders.

Its name thus bears its Scandinavian heritage, as Bricquebec evolved from brekka (slope) and bekkr (stream).

Its founder, Anslech, was one of the lieutenants of William Longsword, the second Duke of Normandy.

He came from the illustrious Bertran dynasty.

His ancestor Robert I Bertran was indeed one of the faithful barons of William the Conqueror and participated in the conquest of England in 1066.

His son Bertran II took part in the taking of Jerusalem in 1096 during the First Crusade.

When the King of France Philip-Auguste annexed Normandy in 1202, the Bertran received 15 fiefdoms for their barony in exchange for their allegiance.

Marshal Robert VII Bertran was the last of this noble lineage.

He played a decisive role in the early days of the Hundred Year War; he indeed attracted the wrath of his rival, Geoffroy d'Harcourt, Sire of Saint-Sauveur-le-Vicomte, after obtaining the hand of a rich heiress for his son.

However, D'harcourt also coveted this union that would have brought him more power.

He therefore engaged in a private war against Bertan, but exiled himself to the court of England after being condemned for his acts of revenge.

He retaliated in 1346 by helping Edward III of England invade the Cotentin, an invasion Robert couldn't prevent.

Bertran's two sons died on the battlefield, and the dynasty ended with him. 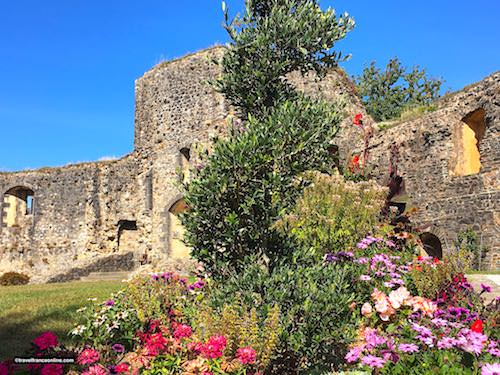 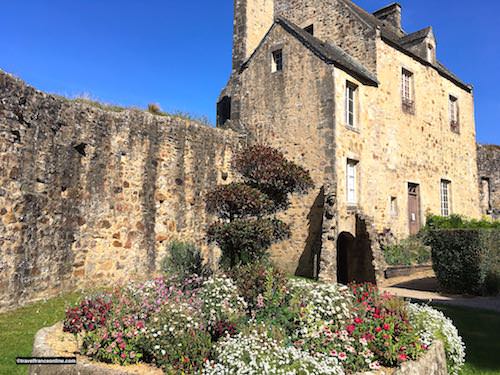 The barony of Bricquebec thus passed by marriage to the Paisnel family.

The fortress remained an important stronghold during the Hundred Years War.

Its geographical position, well inland, became a major asset for King Charles V when he embarked on retaking the Cotentin Peninsula in the 1350s.

The fortress repassed under English control between 1418 and 1450, but became French again when Louis II of Estouteville inherited it in 1452 at the end of the conflict. 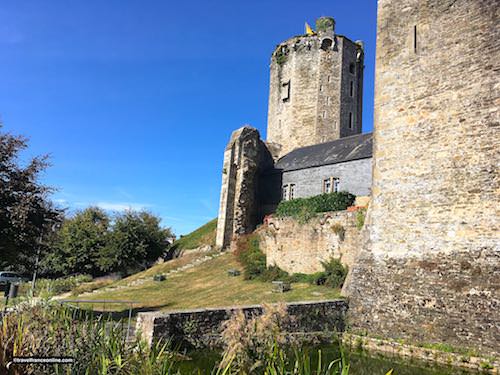 Polygonal dungeon on its feudal mound 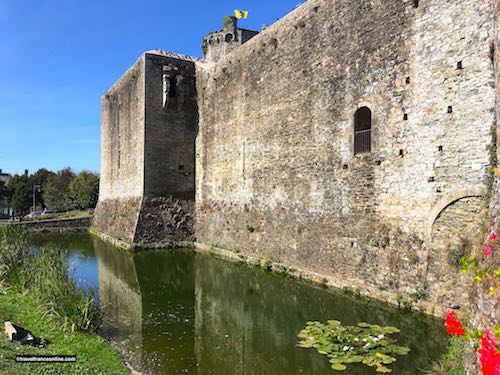 The kings of France discovered Renaissance architecture during their 15th century military campaigns.

In the early 16th century, the Estouteville followed the royal example; they erected the Chateau de Galeries, an elegant Renaissance residence in the feudal precincts and deserted their austere fortress.

Hunting scenes, one of the French nobility’s favourite pastimes, adorn one of the capitals.

The building is now home to a restaurant. 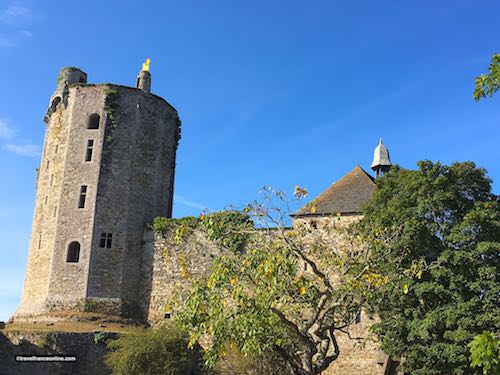 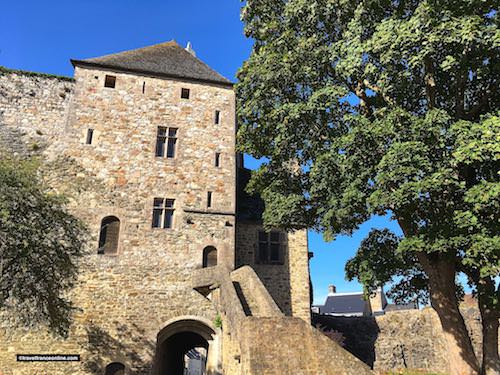 The Chateau de Bricquebec served as a stone quarry after the French Revolution.

It has, however, retained most of its ramparts and defence towers as well as several ancillary buildings.

Many are ruined, but others, such as the Tour du Chartier were restored, but not the garnisons’ barracks that stood in the center of the compound.

However, what sets the Chateau de Bricquebec apart is its impressive 11-side polygonal keep, a unique structure in Europe!

The keep was built in the 14th century on the foundations of a previous dungeon; it stands on a feudal mound, erected around the year 1000.

A building links it to the Tour de l’Horloge (Clock Tower).

A carriage and a pedestrian door open the massive wooden gate of the imposing square tower that leads into the village below.

A drawbridge that spanned a ditch today filled, as well as harrows and a stunner, whose vestiges are still visible, defended it.

The Tour de l'Horloge faces two large round towers, which were connected by a dwelling in the 19thcentury.

The ruins of the 14th century two-storey stately mansion unfold at the rear of the crypt; some of its remaining windows still bear stunning carvings.

It communicated with the Tour de l’Epine, an imposing 13th century round corner tower that accommodated the mansion’s facilities.

The ruined vaulted hall that today lies below ground level, was the ground floor of the 12th century Romanesque stately hall.

The vaulted ceiling was built in the 15th century to replace the original wooden frame.

Nothing though is left of the seigniorial chapel. 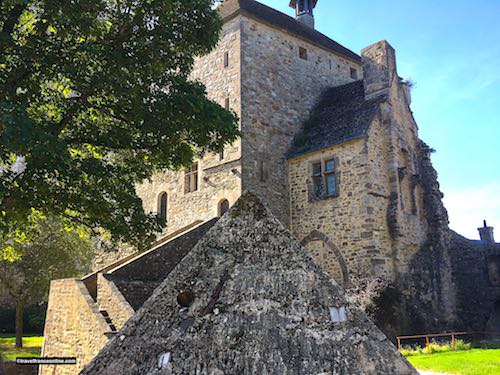 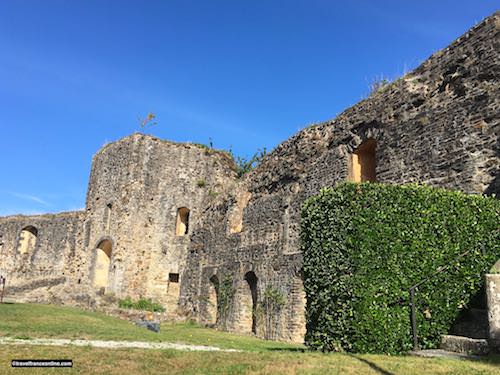 The Chateau de Bricquebe was one of the major strongholds of Cotentin throughout the Middle Ages, so it was a perfect site for showcasing the region’s historical heritage.

The sculptor Pascal Morabito created a Pyramide de la Mémoire to mark the end of the 20th century.

The memorial pyramid, which stands near the Tour de l’Horloge, is made up of sand from Utah Beach, one of V-Day's landing beaches.

As sand slowly erodes over the years, it produces a 'living' surface that evokes the passing of time.

Morabito incorporated 2000 objects recovered after the Normandy landings to remind future generations of all the men who sacrificed their life to secure freedom.

Afin que… So that ..., a poem by the Abbot Moineau, was placed on the pyramid. 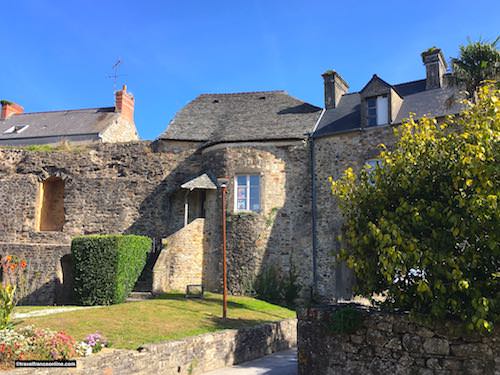 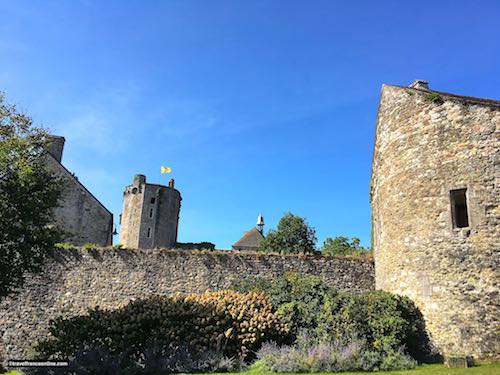 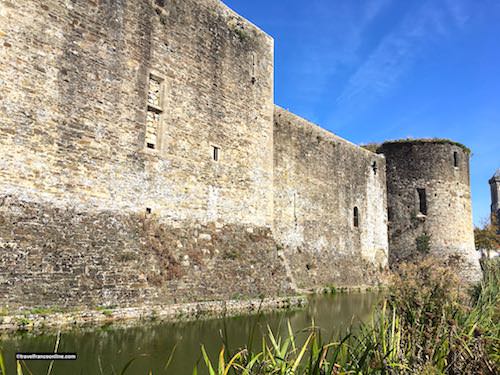