Cahors, the capital of the historic Quercy

Cahors... most people think wine, but there is far more to it as it boasts a rich heritage.

The former capital of the historic Quercy is today the préfecture of the Lot department.

In the 13th century Lombard merchants, bankers and the Knights Templar settled down in Cadurca, as the city had became known.

They turned Cadurca into such a thriving financial hub that word Cahorsin became a synonym for usurer in the everyday language of the time!

Tragically, the Hundred Years War and the Plague of 1347/49 put an end to this flourishing era.

Cahors faithfully sided with the French King during the Franco-English conflict, but became English with the Treaty of Brétigny in 1360.

A century later, nothing was left of its glorious past.

However, this didn't undermine the enthusiasm of the young generation of the time, who revived the economy and made the town rise from its ashes.

Unfortunately, the Wars of Religion once more eradicated all their efforts in 1560, when all the Protestant inhabitants were killed. 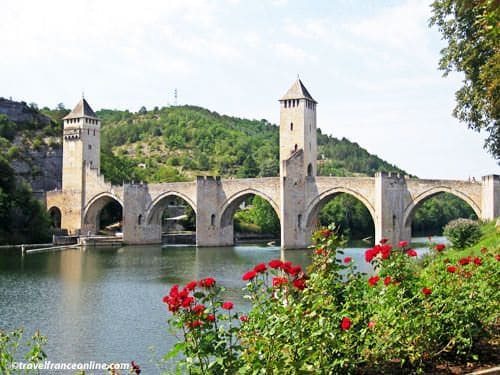 The origins of Cahors indeed go back to the Gaulish era.

The Caduici settled near a sacred spring located at the tip of a peninsula carved by the river Lot.

The Arche de Diane is all that is left of the Roman baths. 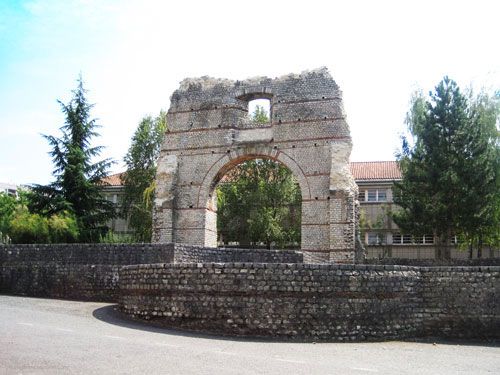 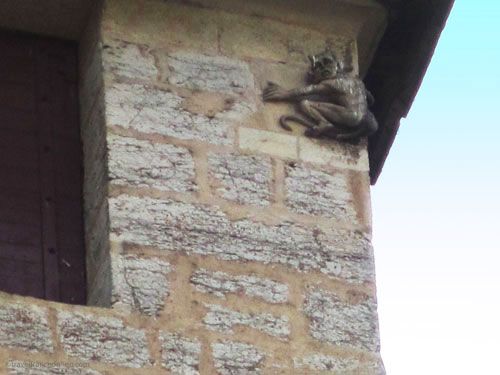 The legend of the Pont Valentré

One of Cahors' major landmarks though is the Valentré Bridge.

The impressive seven-arch fortified bridge was built during the Hundred Years War to protect the city's western side.

It is a splendid illustration of 14th century French Military architectural style.

A legend is linked to its construction...

Progression was indeed so slow that the architect made a pact with the Devil in order to speed it up.

In exchange, he promised to give his soul.

The bridge was completed some 50 years later.

However, the cunning architect tricked the Devil by asking him to fetch some water with a sieve.

Defeated, the Devil returned to hell, but put a spell on the central tower.

The top stone indeed kept breaking until the 19th century, but was then firmly sealed and adorned with a small sculpture of the Devil trying to dislodge it.

The tower has since been known as Devil's Tower - Tour du Diable and the stone has never fallen since! 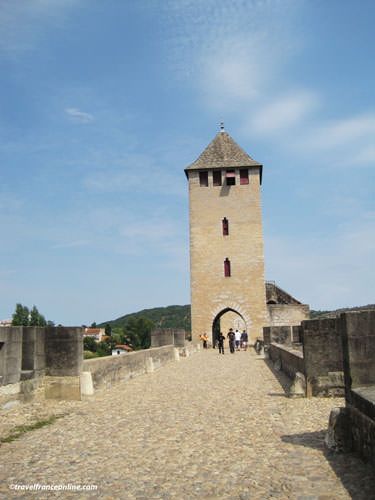 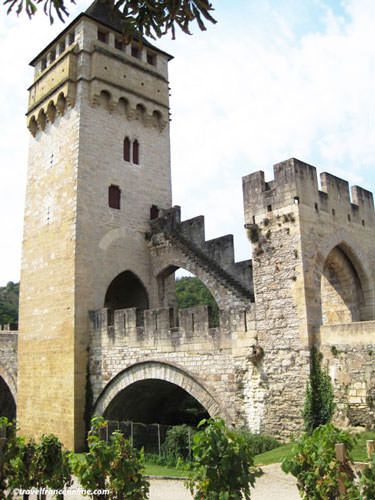 Pont Valentré and its small vineyard 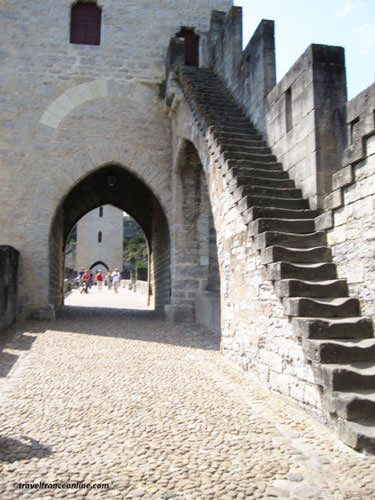 So as we said at the top of this article, Cahors is also the name of a wine!

Some 20 centuries ago, the Romans planted the first vines along the Lot Valley.

Cahors wines quickly gained notoriety during the Middle-Ages and even became François I's favourites during the Renaissance!

Locals say the king had barrels delivered directly to his Château of Fontainebleau.

Cahors wines were exported to various regions of France, but also to other European countries.

They were transported by barges, locally known as gabares or argentats or sapines, to the port of Bordeaux then to their final destination.

Unfortunately, the phylloxera destroyed the entire French vineyard in 1868; this obviously led Cahors and its region to a certain economic decline.

The vineyard was entirely replanted after WWII with the Auxerrois.

This grape variety successfully colonized the sun-facing slopes and the hilltops' pebbly terraces.

By the 1960s, the local wine industry was once more thriving.