Saint Francois Xavier Church (or Saint-Francois-Xavier-des-Missions-Etrangères in full) is located in the affluent 7th district, a stone’s throw from the Hotel des Invalides.

Dedicated to Francis Xavier, it was completed in 1873, open to worship the following year and consecrated in 1894.

It gathers a wealth of religious art objects, among which exceptional paintings.

You’ll indeed find The Last Supper by Tintoretto (one of the great masters of thee 16th century Venetian School) and The Miracle of St. Francis-Xavier by Benedetto Gennari II, a painter of the 17th century School of Bologna.

One of my favourite statues is the unusual Silver Virgin with Child.

The great organ was fully restored in 1992.

The Chapelle Ste Jeanne d’Arc contains the statue of Joan of Arc and the pious King Saint-Louis.

It has also been known as Chapelle des Morts since 1920, when it was re-decorated to honour the memory of the 536 parishioners who died during WWI (then WWII).

Their names are engraved on the walls beneath two impressive murals by the painter Henri Pinta. 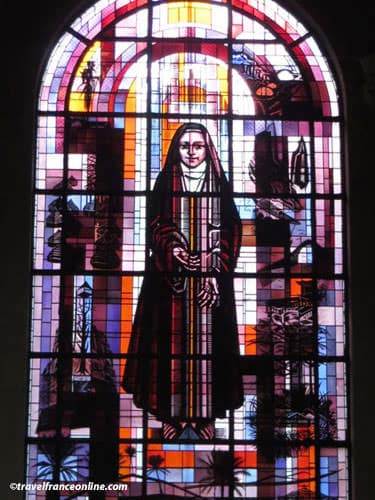 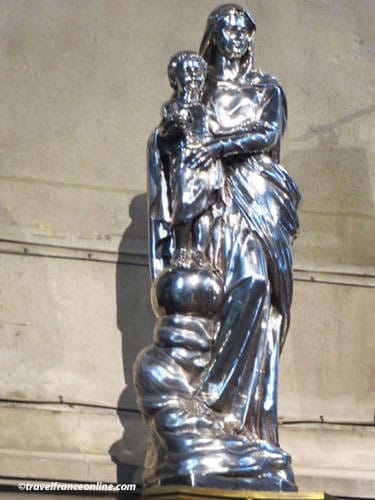 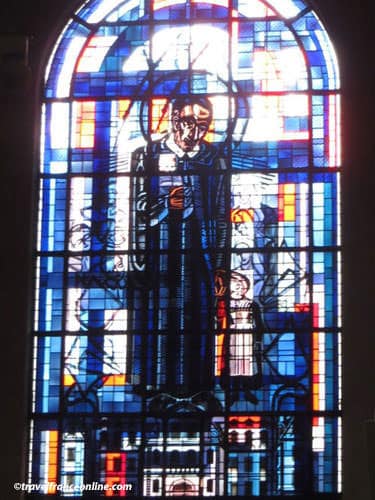 The shrine of Sainte Madeleine-Sophie Barat

However, what makes Saint Francois Xavier Church so special is the shrine that contains the preserved body of Sainte Madeleine-Sophie Barat!

The holy woman was, from 1806 to her death in 1865, the Mother Superior of the Congregation of the Sisters of the Sacred Heart.

The purpose of this religious institution, which she founded in 1800, was to develop and spread access to education to young girls.

Madeleine-Sophie was born into a modest but educated family and was taught by her brother who was priest.

She became a nun and worked relentlessly to provide young girls with the same opportunity she had, namely ‘being educated’!

One could say that she was an early feminist!

She undoubtedly forced society to have a more open and accepting attitude towards girls education.

As a result, several girls schools were founded during the 2nd half of the 19th century.

Madeleine-Sophie Barat was beatified in 1908 and canonized in 1925.

The shrine containing her preserved body was transferred to Saint Francois Xavier Church on June 19, 2009 on Sacred Heart Festival Day. 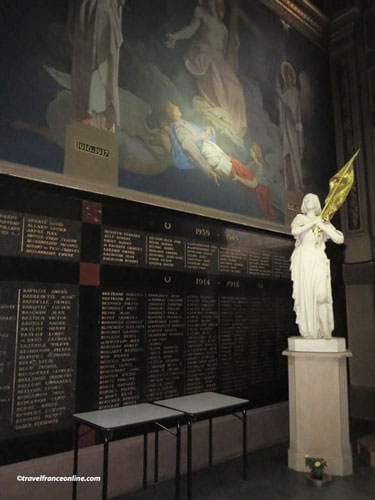 Ste. Joan of Arc in the Chapelle des Morts 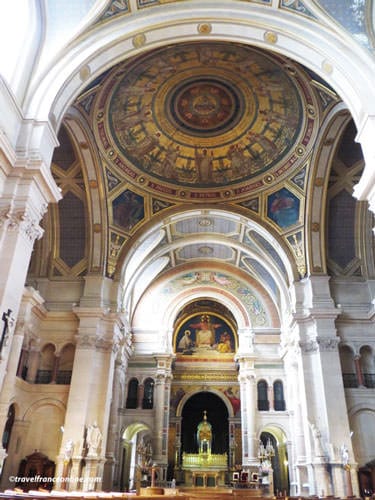 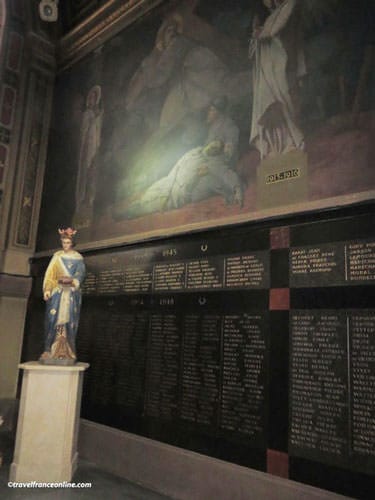 Why choose Saint Francois Xavier Church to shelters her shrine?

The church is located a stone’s throw from the Congregation’s former seat and place of residence of Madeleine-Sophie, the Hôtel de Biron (Rodin Museum).

However, it took 144 years for her shrine to be transferred to the church.

Madeleine was originally buried in Charenton-le-Pont (Paris eastern outskirts), where she sojourned at the end of her life.

Her body was exhumed in 1893, the year she was considered for canonization.

To everyone’s surprise, her remains were found intact!

She was reburied in Charenton, but was exhumed once more after the law of July 5, 1904, which prohibited religious congregations from teaching.

The nuns recovered the coffin of the founder of their order and moved to Jette in Belgium.

Her coffin was opened several times in 1908, the year of her beatification; her body was still intact!

A plaster mold of her face and a silver of her hands were made in 1909, and her body placed in the current shrine.

Oddly, these casts were stolen in 1993, but recovered 3 years later.

Madeleine-Sophie Barat was eventually canonized in 1925.

In 1934 the nuns built her a chapel in Jette, but moved out in 1982, except for a handful of them who remained to look after the shrine.

Demolition work carried out in 1983 cut off access to the chapel and the shrine was eventually moved to Brussels in 1998.

A major decision was made in 2007: the shrine couldn’t be transferred all over the place anymore!

Bringing it back to Saint Francois Xavier Church was the obvious solution because of its location. 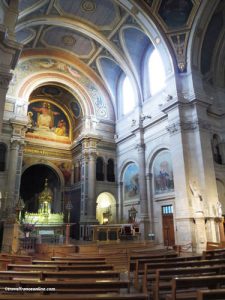 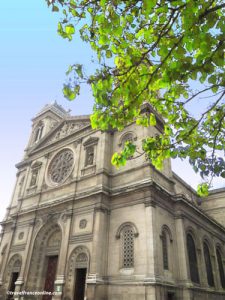 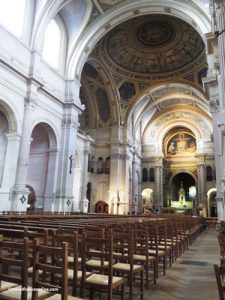 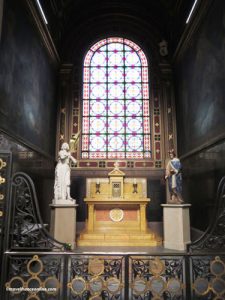