The Rue du Jerzual links the historic walled city of Dinan to the Port de Dinan Lanvallay on the river Rance.

It originates at the intersection of Rue de la Lainerie and Rue de la Poissonnerie in the walled city and ends at the fortified Porte du Jerzual.

The origin of the name is uncertain, however, some believe that it might be the corruption of Jarjual meaning Rue Haute.

That would make sense if one considers the 75m slope of the lane!

Duke Jean II of Brittany built the imposing Porte du Jerzual when he reinforced the city's fortifications in the 13th century.

The fortified gate is a listed Historical Monument.

It opens into Rue du Petit-Fort, outside of the fortifications.

This picturesque lane ends by the medieval bridge that spans the river Rance.

Rue du Jerzual and Rue du Petit-Fort are among the most photographed streets in Dinan. 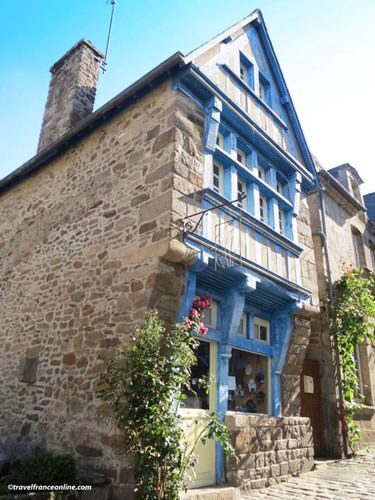 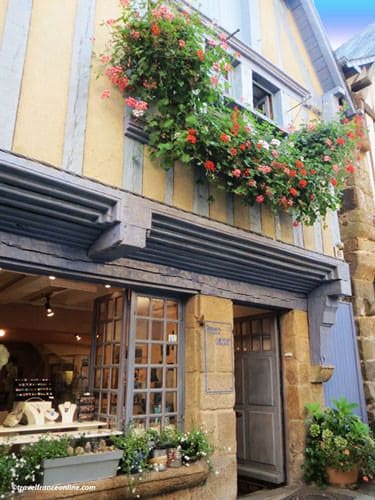 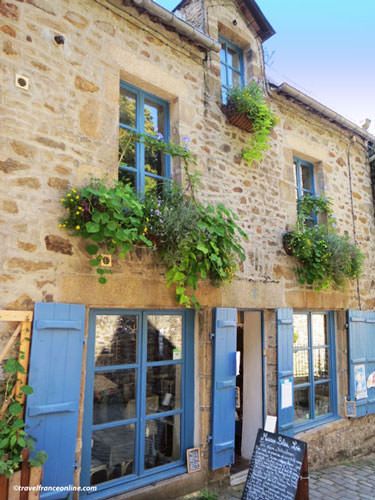 During the Middle Ages these two streets were the only that linked the port to the citadel.

As a result, they traditionally attracted artisans and merchants.

It's very easy to imagine the medieval crowd's comings and goings, the apprentices delivering orders or the many travelers entering and leaving Dinan.

You could almost hear the noise from the workshops and the passage of carts painfully pulled by oxen.

The 15th and 16th century half-timbered houses are still there.

So are the ground-floor workshops and shops and the small stained-glass windows that open their facades.

So are the tiny alleys that lead to their pocket-size gardens at the rear.

A new generation of talented craftsmen have today taken them over.

Carpenters, glass blowers, potters, painters, sculptors and even restaurant owners are aware of this exceptional architectural and cultural heritage.

Most buildings are indeed partially or entirely listed Historical Monuments, and little has changed since the 17th century.

Rue du Jerzual and Rue du Petit-Fort are lively, but fortunately not as congested and busy as they once were. 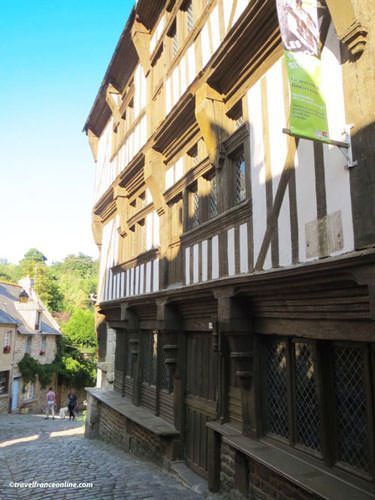 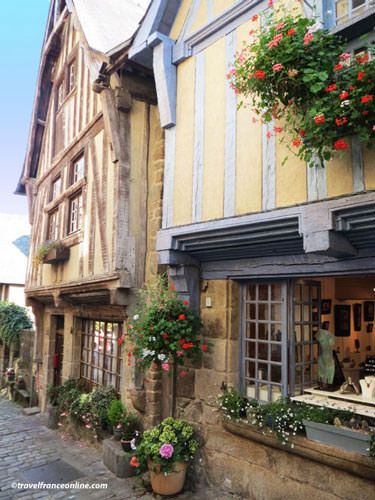 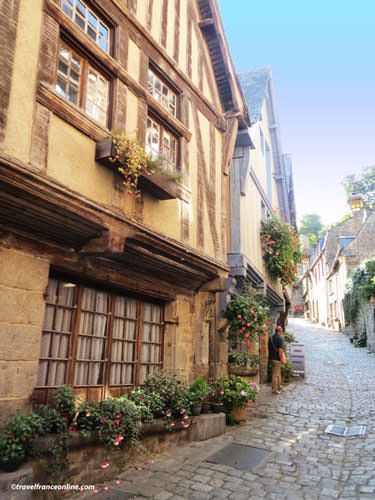 The Maison du Gouverneur is located in Rue du Petit-Fort.

One of the exceptional medieval buildings in Dinan, it is one of the finest buildings of its time!

This stunning 15th century mansion is now home to a tapestry workshop.

Both Rue du Jerzual and Rue du Petit Fort are lined with superb houses; you need to take you time to discover them all!

I strongly advise you wear flat shoes - walking shoes, especially on a rainy day, as both streets are very steep. 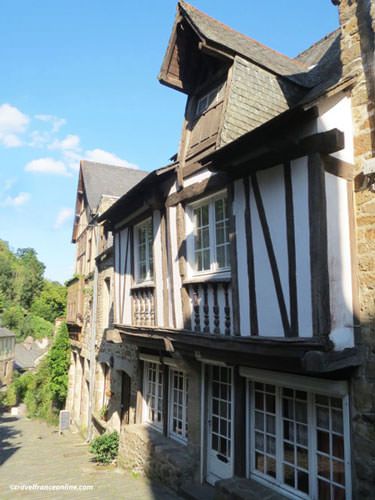 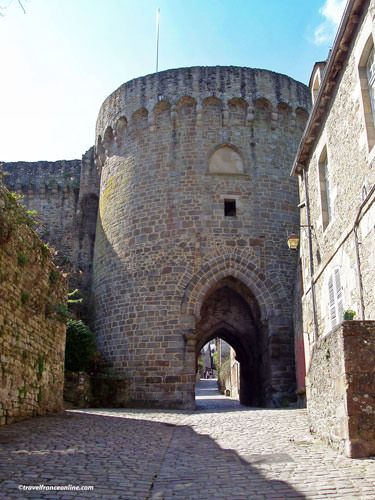 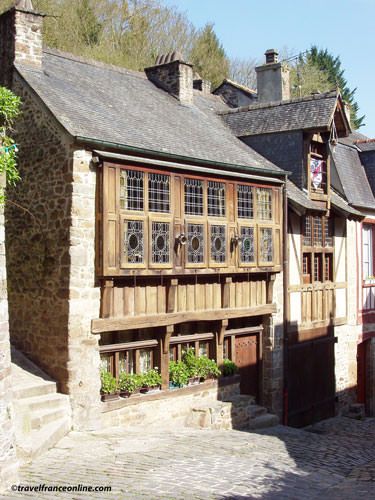