No3 Rue Volta was thought to be the oldest house in Paris, as its architecture led people to believe that it was built around 1300.

Rue Volta is indeed located in the historic Marais, a marshy area formed by an ancient meander of the river Seine.

This enclave of the Rive Droite remained deserted until the 13th century, when the Knights Templar and the monks of St-Martin des Champs founded their monasteries and drained the marsh.

It became a 'protected area' in the 1970s and many mansions and buildings were then listed Historical Monuments. 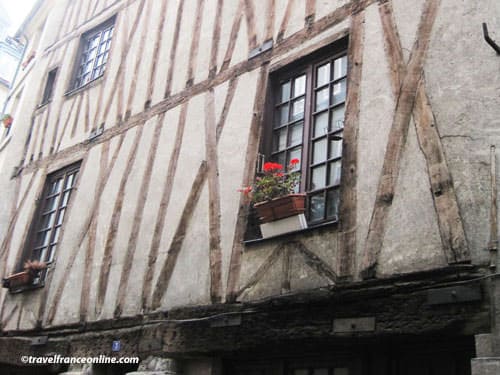 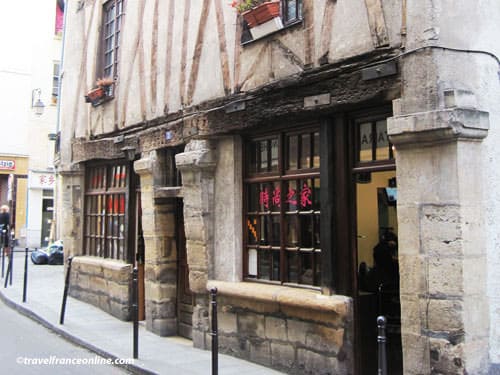 Timber-framed house at no3 Rue Volta

All changed in 1979, when historians discovered ancient documents that proved that it dated 'only' from 1644.

It was 'only' a replica of a medieval house built by a wealthy bourgeois of Paris (obviously a fan of medieval architecture!)

However, the most intriguing was that the use of timber frames was already forbidden during the 17th century because of fire hazards!

It seems as if the wealthy man succeeded in overriding the ban!

Whatever its age, the house at no3 rue Volta is one of the most picturesque in Paris and we believe that it is a listed Historical Monument.

Its facade might come across a being a bit scruffy, yet it's beautiful, even if it is relatively 'recent'.

No3 Rue Volta is definitively well worth the detour!