Les Monts Dore is the generic name of a group of ancient volcanoes that are part of the Parc Naturel Regional des Volcans d’Auvergne.

It’s also the remnant of the caldera of a gigantic stratovolcano that was formed 3 millions years by a cataclysmic eruption.

Successive eruptions took place over the millennia at different points of the caldera and created four groups of volcanoes.

1- The Massif du Sancy appeared some 2 millions years ago; the Puy de Sancy culminates at 1885m and is the highest volcano in France.

This volcanic chain is not part of the Massif du Sancy, but was formed by violent eruptions less than a million years ago.

This volcano was formed about 2 million years ago, on the northern outer side of Les Monts Dore caldera.

This elongated column of lava is the result of two phenomenons; first, the lava froze before being propelled outside the volcano’s chimney; glacial erosion then destroyed the soft rock that surrounded it, leaving the column of lava sticking out.

It owes its name to its unusual shape as banne means horn in Auvergnat Patois.

4- The Puy de l'Aiguiller (1525m) is located north of Sancy and is the least known of Les Monts Dore volcanoes.

These impressive volcanic mountains take their name from a torrent, La Dore, which rushes down the slopes of the Puy de Sancy; La Dore then merges with La Dogne, another torrent of the Sancy, to create La Dordogne! 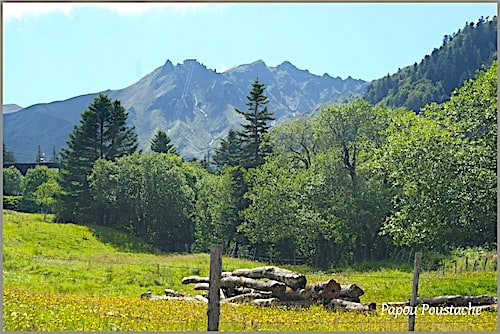 The Massif Central is known as the Water Tower of France for the many torrents, sources, waterfalls and lakes that dot it.

You’ll find crater lakes such as Lac Pavin, Chauvet and Servières, but also the Lac Bourdouze, which is of glacial origin; others are ancient rivers whose course was blocked by volcanic eruptions (Lac Chambon, Guéry and Montcynère).

The volcanic and geothermal activity produced a land saturated with minerals and gases; those give the spring waters thermal, hot, ferruginous or salty characteristics that have long been recognized.

The Celts and the Romans indeed discovered the health benefits of hydrotherapy, which remained very popular throughout the Middle Ages; however, the trend took off in the 19th century.

The spa towns Le Mont-Dore and La Bourboule were developed in the 1830s and attracted the French and European nobility; as a consequence, hotels, health care facilities and casinos were built to accommodate them.

Their water springs out at a temperature that ranges from 38°C and 44°C and is renowned for treating pulmonary and rheumatic diseases.

Le Mont-Dore’s water is not only the most siliceous in France, but it’s also contains gas and carbonic acid.

La Compagnie des Sources du Mont-Dore commercializes the drinking water from the Source de la Montille, which springs at an altitude of 1220m.

Saint-Nectaire’s spring has also been known since ancient times; its water emerges at 56°C and treats renal affections.

It seems as if the gods blessed this town, as it’s also the place of production of the delicious St-Nectaire AOC cheese! 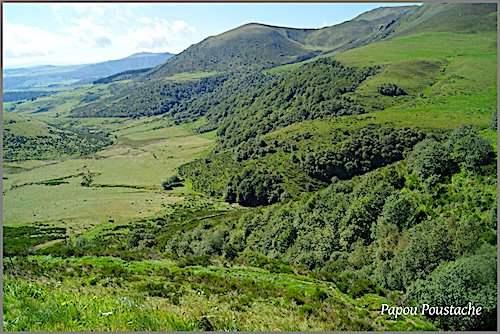 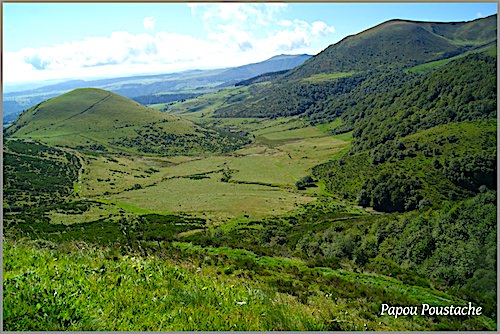 They are connected and form Le Grand Sancy ski area.

Le Mont Dore was the third ski resort ever built in France and opened to the public in 1936' it’s also ranked among the top 4 off-piste ski resorts.

Finally, the small ski resort Chastreix-Sancy (1400m - 1850m) on the western face of the Massif du Sancy. However, its orientation subjects it to oceanic influences that sometimes prevent the use of lifts. 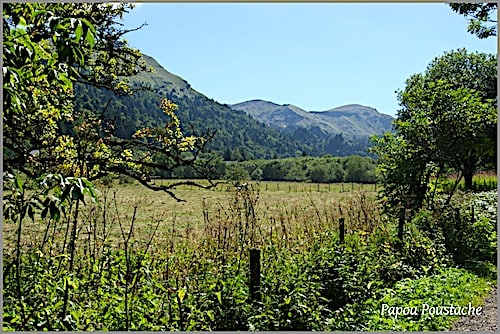 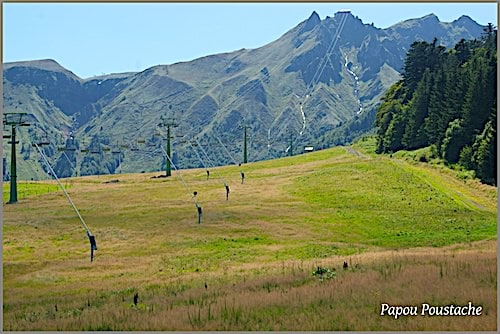 Ski in winter, hike in summer!

Les Monts Dore area is indeed doted with a wealth of marked hiking trails (sentiers de Grande Randonnée - GR) that allow you to enjoy the spectacular landscapes and varied flora and fauna of this magnificent volcanic region.

The Vallée de Chaudefour is one of the three glacial valleys of the Massif du Sancy.

It is known for the spectacular beauty of its steep and jagged ridges such as La Dent de la Rancune, Crête du Coq and l’Aiguille du Moine.

It was awarded the label National Natural Reserve in 1991; it boasts an exceptional flora and fauna as well as numerous mineral sources including the Source Sainte-Anne renowned for it ferrous water.

La Roche Tuilière and Roche Sanadoire are two columns of lava that solidified before the eruption. The soft rock that surrounded them eroded over millennia to leave only two protuberances delineated by a glacial valley.

The Nature Reserve of Chastreix-Sancy is a preserved and protected area of the Vallée de la Fontaine Salée. It's also home to an exceptional flora and fauna.

Hikers: here's a site that offers 19 hikes* among some of the spectacular landscapes of Les Monts Dore.

Who hasn’t dreamed of skiing or walking on the slopes of a
volcano?! 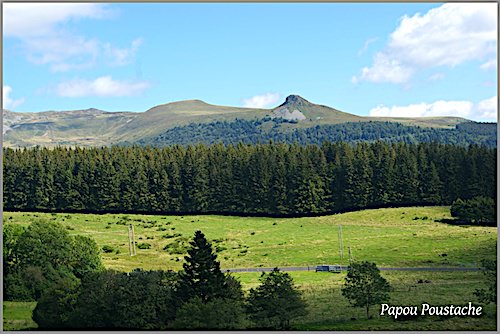 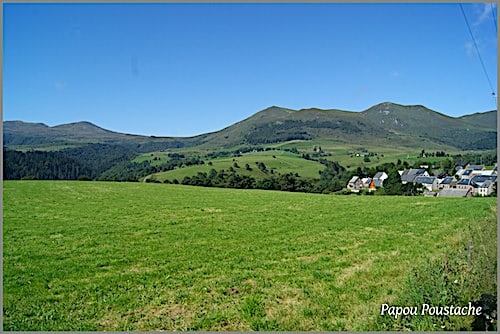