An entrance in style

It is the smallest AOP (Protected Designation of Origin) area in France.

However, its creamy and dense texture, unique aroma and flavour of hazelnuts and mushrooms are unforgettable!

Cheese lovers will tell you that cheese is a king’s delicacy; they might be right when it comes to Saint Nectaire.

Saint Nectaire was indeed named after the Count of Auvergne, Henri II de Senectère who served it at the table of King Louis XIV in the 17th century.

The story goes that the noble bon viveur also introduced Salers and Cantal cheeses to the king!

A second version tells that in the 12th century the Counts of Auvergne bequeathed their domain of Senneterre to the abbots of La Chaise-Dieu.

These founded a priory dedicated to St-Nectarius, the first evangelist of the region. 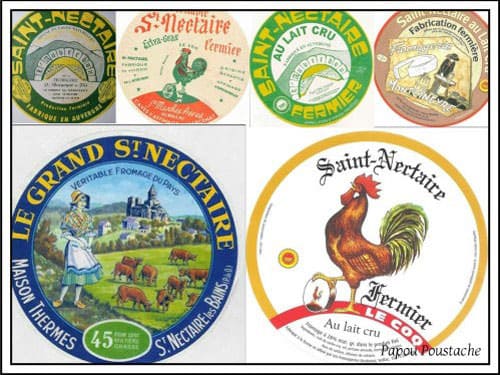 A creamy texture and orange-grey rind 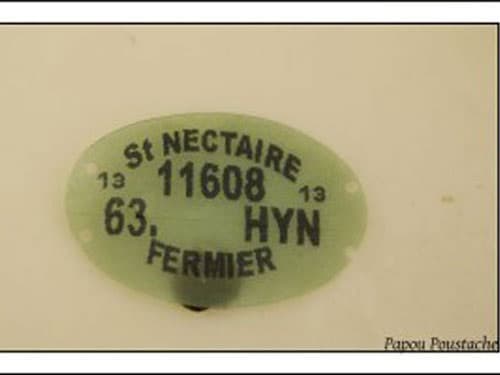 From milk to Saint Nectaire cheese

After that date, production of Saint Nectaire laitier (dairy cheese) was authorized in the AOC area.

Once collected, the milk is inoculated with lactic ferments, which will develop its flavour.

It is then heated to 32 °C and inoculated with rennet (a natural enzyme found in cows' stomach) in order to trigger coagulation.

The curd is then cut in cubes and stirred in a vat to drain the whey; it is then placed in individual moulds and pressed for 24 hours.

The loaves are turned over and placed in a cool cellar; they then ripe over a period of 45 to 50 days.

They are salted in order to drain the excess whey.

They are also regularly turned upside down in order to obtain the Saint Nectaire’s specific orange gray flowery rind and unmistakable aroma.

The cheeses are washed with brine once a week for 3 weeks.

Saint Nectaire laitier is produced with the same high quality standards than the fermier, which is only produced from raw milk immediately after milking.

An oval label - specific to Saint Nectaire fermier - with a reference number is placed in the center of the cheese.

This identifies the farm of production and the number of cheeses produced in the farm.

Saint Nectaire was granted an AOP in 1996.

It is ranked as the 5th most popular AOC cheese (since 1955) in France, with an annual production of over 14,500 loaves.

Saint Nectaire AOP groups 72 communes; these are scattered at an altitude of 750m to 1200m of altitude in the Monts Dore or Chaine Des Puys.

This rich volcanic ground feeds lush meadows where cows graze during the warm season and produce one of the finest milks. 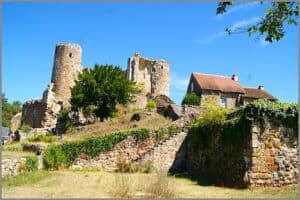