The rock shelters Laugerie Basse and Laugerie Haute are located in Les Eyzies-de-Tayac-Sireuil.

You'll find them on the right bank of the Vézère River and along the D47 road that leads to Périgueux.

The river hollowed the limestone cliff over the millennia and left a series of cavities.

These two rock shelters benefited from an exceptional lay-out and location.

As a result, they were inhabited without interruption for 25,000 years, from the Aurignacian until the Magdalenian.

However, the overhanging cliff then partly collapsed under the effect of natural erosion and earthquake tremors.

Massive limestone boulders fell and blocked access to the shelters.

That said, they also protected the shelters from further erosion during the following millennia.

Finally, the limestone triggered the fossilization of countless artifacts.

As a result, traces of human occupation accumulated over 25,000 years throughout the Upper Paleolithic (about 37,000BC-10,000BC) remained undisturbed.

This allowed archaeologists to better understand the lifestyle and rituals of the ancient populations who inhabited them. 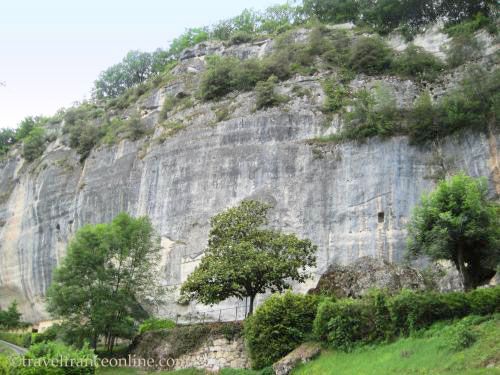 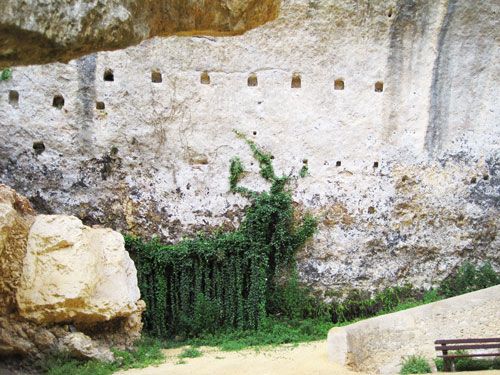 The prehistoric deposit of La Laugerie Basse is about 50m long and 15m deep.

Edouard Lartet conducted the first excavations in 1863,however, didn't carry or register any recording of the strata.

It was not until the excavations of 1921 that the first records were made.

Archaeologists from all around the world consider La Laugerie Basse an exceptional site because of the abundance and outstanding quality of the findings.

Nearly 600 artifacts, tools and art objects made of bone and antler, flints, wall engravings and dwelling structures were indeed discovered in the site alone!

Human bones found in the deposit showed that the deceased's bodies were painted with ocher pigments before being buried facing east.

Among the finest objects were a statuette of a headless woman (the head was broken) nicknamed the Vénus Impudique as well as an engraved plate called La femme au renne (Woman with reindeer).

Both date from the Magdelenian era.

These objects alone establish the undoubted existence, extend and sophistication of prehistoric art.

A small museum has been set up next to Abri des Marseilles and proposes a video, photos and many castings in order to prepare visitors for the best understanding and experience of the site visit. 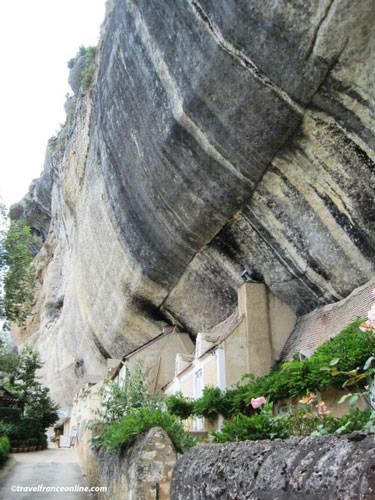 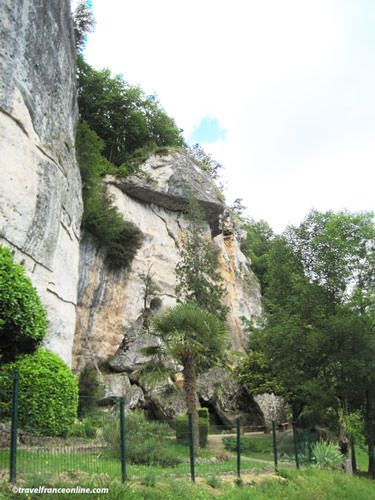 It is about 200m long and is one of the largest prehistoric rock shelters in the Vézère Valley.

As in La Laugerie Basse, traces of human occupation dating back 25,000 years were put into evidence by the discovery of two human skeletons and countless and exceptional tools, bone objects and stone art objects such as engravings and sculptures.

Amazingly, the outside wall of the shelter was skillfully carved in order to deflect rain water from flowing inside the cavity.

Excavations also uncovered artifacts on the river bank, thus establishing an area of human occupation that spread up to 1000m away from the shelter.

La Laugerie Basse and Laugerie Haute were listed Historical Monuments on April 25, 1940,  Archeological Sites on December 5 and World Heritage Sites by UNESCO in 1979.

The department of Dordogne purchased La Laugerie Basse in 2011.

La Laugerie Haute is open to the public but can only be visited with tour-conferences organized by the Monuments Nationaux.