The traditional Christmas Banquet held on Christmas Eve - and New Year's Eve - is known in France as Réveillon and is deeply rooted in our tradition.

French tend to celebrate Christmas with family and New Year with friends.

Christmas banquet menus tend to evolve and people don't necessarily stick to traditional dishes anymore, exception made of the stuffed turkey or goose and the Yule log.

Until recently, Christmas Banquet main course was stuffed goose because the bird traditionally symbolizes the sun.

Geese indeed hatch in spring and take 8-9 months to mature, just in time for Christmas.

Serving goose meat goes back to the pagan celebrations of the Winter Solstice.

Goose’s flesh was tender and fragrant.

The bird indeed roamed freely during the sunny months and fed on apples and corn left in the fields after the harvest.

Geese weren't domesticated until around 3000BC and the Romans introduced them in France some 2000 years ago.

French breed geese for the Christmas banquet, but also for the production of  foie gras - goose liver - not to everybody's taste.

The traditional Christmas goose was gradually replaced by a turkey from the 16th century onward.

Christopher Columbus brought the turkey from America and named it Poule d’Indes - Hen from the Indies.

We indeed all know that he thought he had discovered the Indies when he landed on the American continent!

The first turkey was of course served on the royal table, but the story doesn't say if it was during a Christmas banquet! 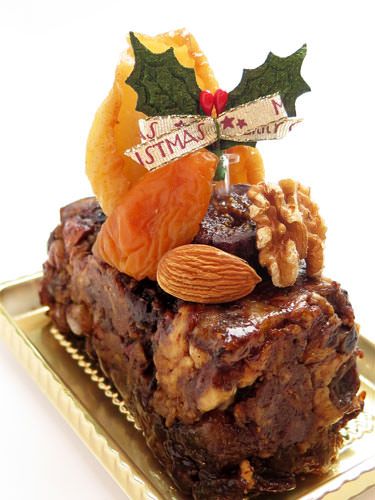 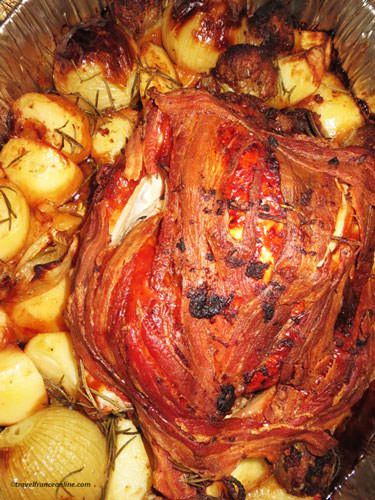 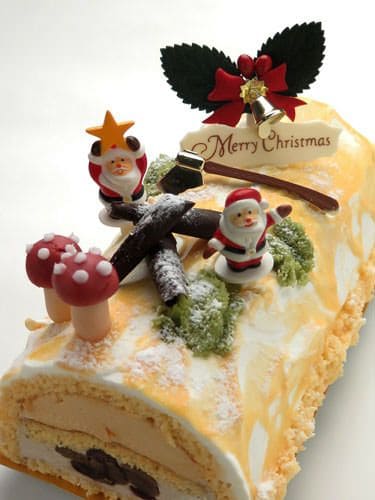 Bûche de Noël  is part of the Christmas Banquet

The traditional sponge cake is coated with chocolate butter cream worked with a fork in order to imitate the texture of bark.

The Bûche de Noël is then decorated with ice sugar (for the snow), meringue mushroom-shaped, spruce sprigs, anything related to the Christmas theme.

This tradition is often extended to New Year's Eve banquet.

This log-shaped cake symbolizes the Yule Log ready to be placed in the hearth.

It is a reminder of the bonfires Pagan folks lit during the Winter Solstice Festival.

The Yule Log tradition most likely originated in Scandinavia.

Jule or Yule Festival celebrated Jonir, the God of Alcoholic Drinks and Death, but also of Fecundity.

It was held over several days during the Winter Solstice, a time of year when the days were dark and cold and when ghosts and evil spirits roamed the earth.

They drank beer, which was then a ritual beverage.

Families and friends would gather around their hearth, where big logs burnt.

They would spend nights drinking heavily in order to celebrate the solstice.

Beer and food would be left on the tables afterwards in order to appease the evil spirits.

The Yule Log was supposed to have magical powers and was kept burning for twelve days.

People believed that the house would be protected from witchcraft as long as it burnt.

Once the log entirely burnt, a small piece of charcoal would be kept and preserved for the following year’s celebrations.

Finally, people scattered the ashes over the fields in order to fertilize them.

Christians took over the tradition of gathering around the fireplace on Christmas Eve.

They kept the door of their dwelling open for those asking hospitality for the night before attending the Midnight Mass.

However, they only kept the log burn three days, because that number symbolizes the Holy Trinity.

The Yule Log tradition was kept through the centuries.

Many poor peasants and priests were given a large log of oak or beech known as tréfouet (three fires).

This log was indeed big enough to burn continuously during the three days of celebrations.

In some parts of France these logs are still known as tréfeu -three fires.

It is likely that the Vikings introduced these northern traditions when they settled in Normandy in the 9th century.