Rouen in the Seine Valley

Rouen has been an influential city since ancient times.

It was indeed the capital and residence of the Dukes of Normandy until William the Conqueror.

It is today the capital of Haute-Normandie and an active port located on the river Seine.

Many of you will also associated its name with the memory of Joan of Arc.

The young heroine of the Hundred Years War was indeed burned at the stake on the town square in 1431. 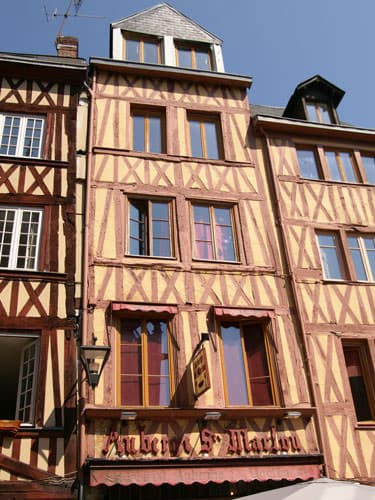 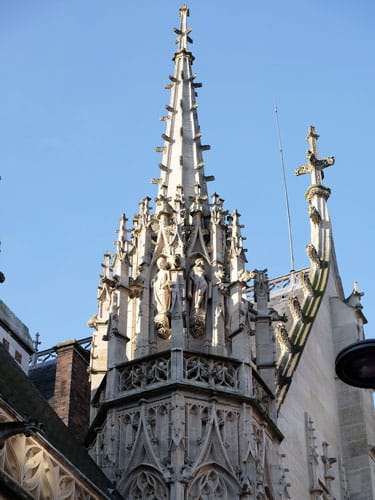 Flamboyant spire of the Cathedral of Rouen 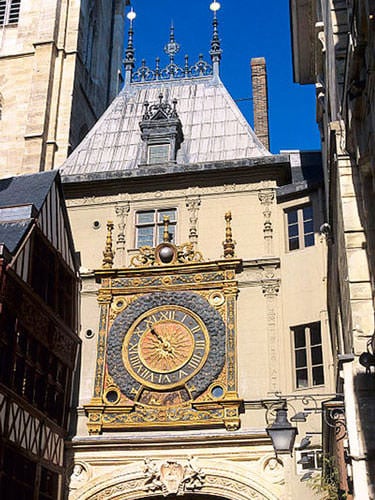 Rouen was the capital of the Veliocasses, a Celtic tribe that ruled over this part of the Seine Valley long before the Roman conquest.

It became the second largest city of the Roman Gallia Lugdunensis province after Lugdunum-Lyon!

It later became the capital of the Franck kingdom of Neustria, and the seat of a bishopric when the region was evangelised in the early Middle Ages.

The Viking Rollo, the forerunner of the Dukes of Normandy was made Count of Rouen by the king of France in 911 and made Rouen his capital.

Such was the expansion of the city, that in 1150 it was granted its founding charter that allowed it the right of self-government.

Rouen boasted a thriving economy that revolved around river transport and trade and the import of wool from the Flanders.

In 1204 King Philippe-Auguste annexed the Duchy of Normandy and therefore the city to the kingdom of France.

Rouen remained French until 1411 however, surrendered to Henry V of England in 1411 during the Hundred Years War.

This is why Joan of Arc, the young maiden in the service of the King of France, was imprisoned, trialed and executed in the then 'English' Rouen in 1431. 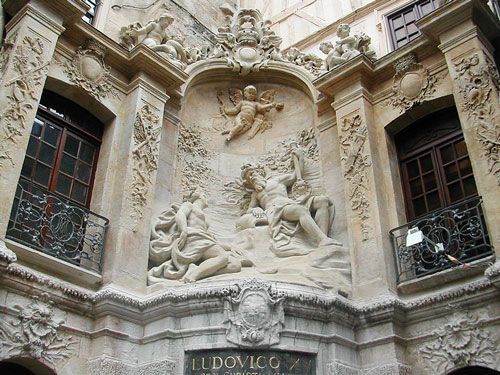 However, Charles VII of France re-seized Rouen from the English in 1449.

Followed another long period of economic and industrial development during the Renaissance (textile industry, in particular silk and wool, metallurgy, river traffic and fishing at sea.)

The city enjoyed also an artistic and cultural revival under the patronage of the influential bishops of Rouen.

The 16th century Wars of Religion, though, divided the population.

A third, who had converted to Calvinism, called the Queen of England for help, invoking the agreement of the Treaty of Hampton Court signed in September 1562.

The French regained Rouen from the English the following month.

Rouen enjoyed a new era of prosperity that lasted until the 18th century.

The city, that had became the permanent seat of the Exchequer of Normandy (regional Supreme Court of Normandy) in 1498, was transformed into a regional administrative assembly from 1508 to the Revolution.

It then became a regional administrative centre and was endowed with legislative, executive and judiciary powers.

Almost half of the city was destroyed during WWII.

However, Rouen has since been rebuilt to its past glory, and is again an active, dynamic and prosperous city. 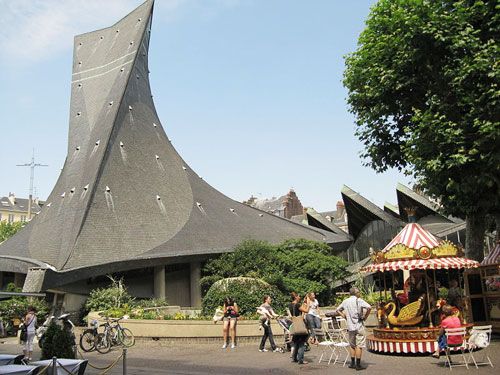 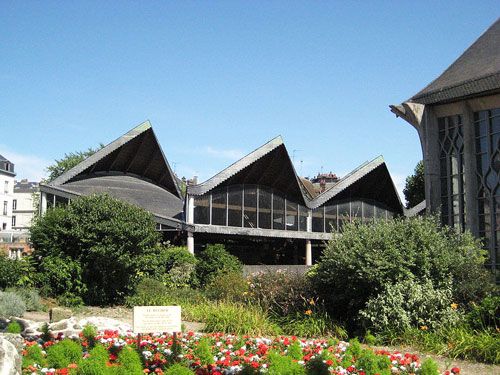 2- The city is also known for its 16th century astronomical clock, Le Gros Horloge, whose mechanism dates from 1389!

This stunning Renaissance pavilion spans the street and is part of a 14th century belfry that houses the bells of the city.

3- A stunning fountain built in 1743 and decorated with sculptural allegorical groups, adorn the western facade of the Gros Horloge.

The Fontaine du Gros Horloge was classified Historical Monument in 1889.

This is indeed where the young woman was questioned during her trial in 1430-1431.

However, La Tour de la Pucelle, the tower where she was imprisoned no longer exists.

5- Joan of Arc was burned at the stake on the Place du Vieux Marché.

The square is framed with half-timbered houses that were rebuilt after WWII.

Most of the area was indeed flattened during the war.

An ambitious program of restoration was, however, put in place in order to excavate the foundations of the pillory and the firewall of the stake.

6- These stood in front of the Eglise St-Sauveur, a church that was pulled down during the French Revolution.

The Eglise Sainte Jeanne d’Arc was erected on its site.

This unusual contemporary church was inaugurated in 1979 and listed Historical Monument in 2002!

7- The Palace of Justice is another major historic landmark.

Indeed, it was the seat of the Parliament of Normandy.

Finally, Rouen is also known worldwide for a maritime and fluvial event, L’Armada*, which is held every four years and gathers the most prestigious yachts and warships.

This extraordinary fleet sails upstream the Seine and lands on the docks of Rouen, attracting millions of visitors from around the world!